Sioux City, Iowa employee sued Paul Eckert in 2013, claiming he retaliated against her following sexual harassment complaint about him in 2004. 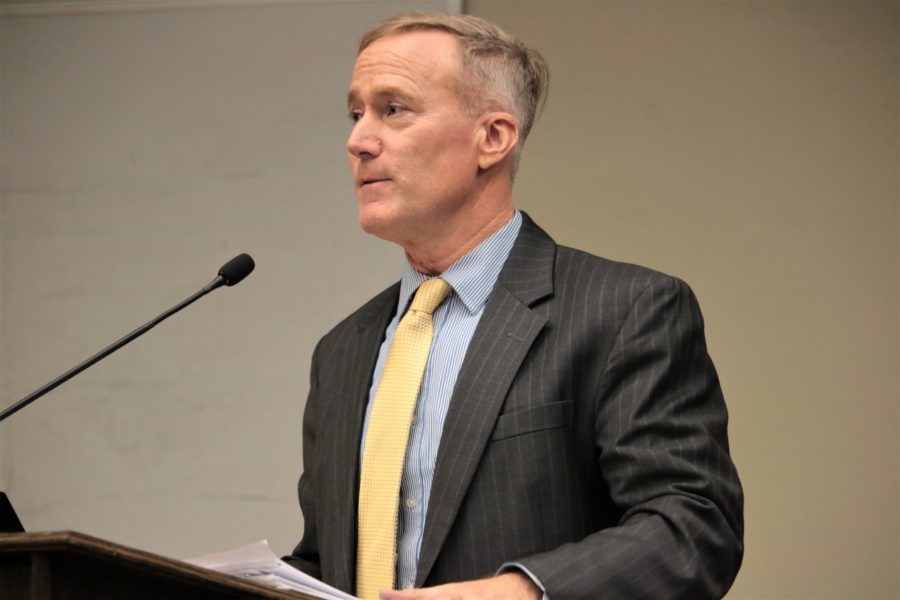 Paul Eckert received four out of five votes to be hired as city manager despite protest from members of the public surrounding sexual harassment claims in a previous position. Photos by John Chadwell. 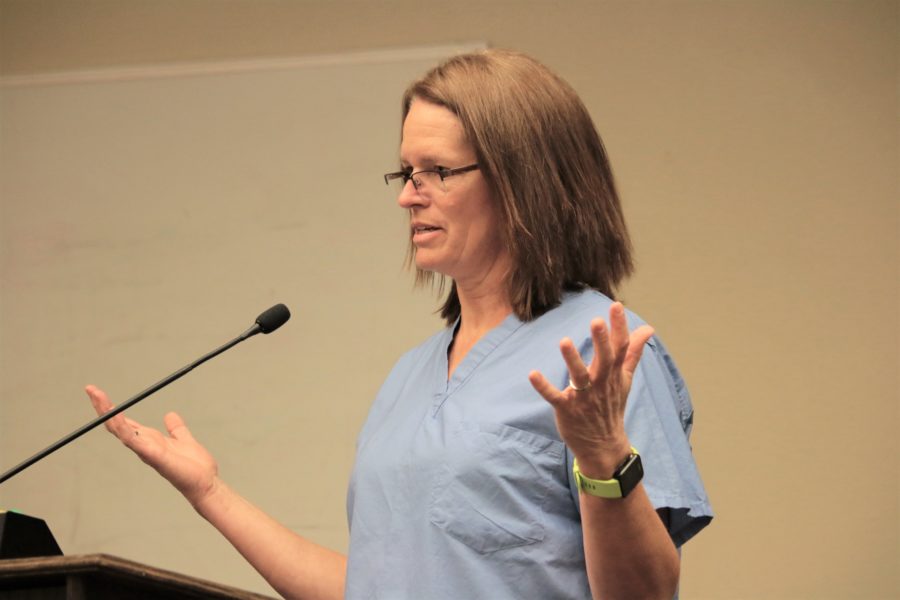 Cheryl Vaughn Booth said she had no doubt that Eckert could run a city, but said she believed the women of Sioux City. 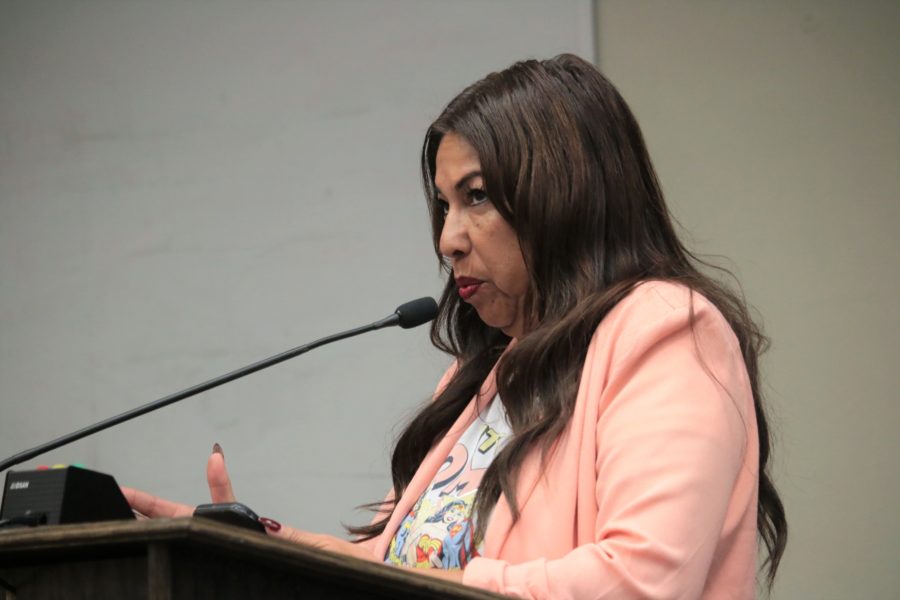 Elia Salinas said the city of Gridley did not know about Eckert's past. Gridley Mayor Bruce Johnson, who spoke to BenitoLink on Nov. 5, said he knew about the allegations before Eckert was hired, and that the police chief of Gridley personally investigated and approved him for the job. Photo by John Chadwell 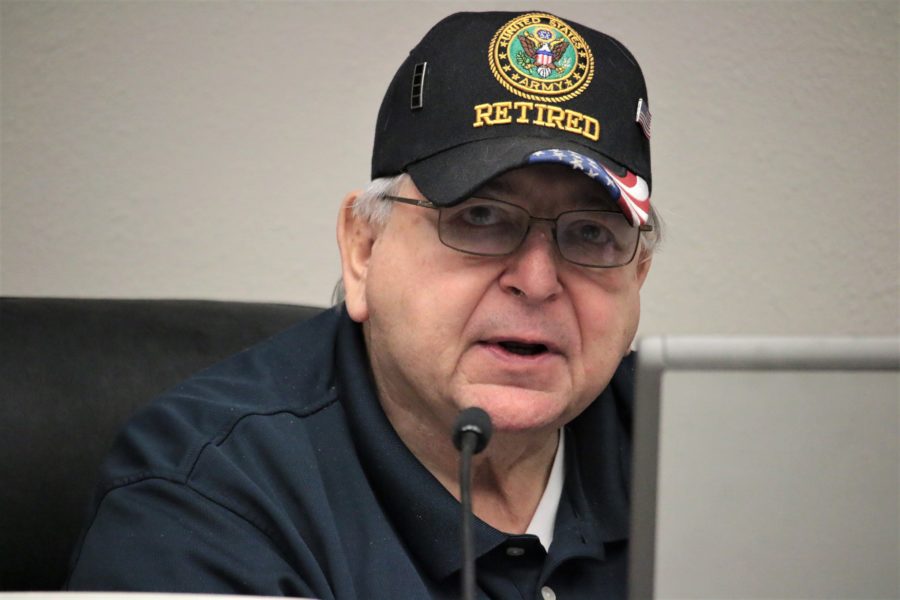 Councilman Marty Richman said he wanted more information on Eckert and made a motion to offer him an interim position as city manager. 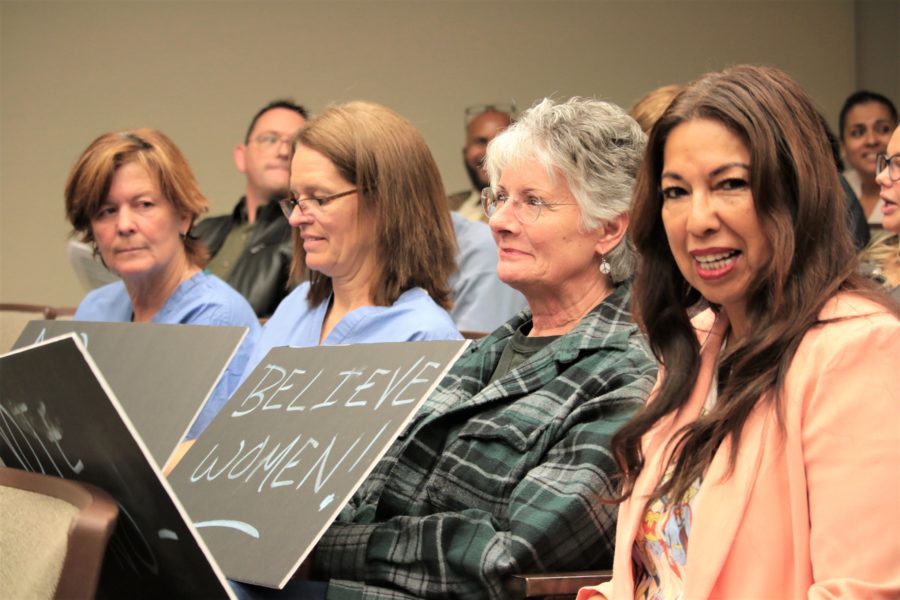 The Hollister City Council voted 4-1 to authorize an employment agreement with Paul Eckert as new city manager on Nov. 4. The hiring faced public opposition related to claims of sexual harassment and retaliation by Eckert while he was city manager in Sioux City, Iowa. Four women protested with signs outside of city hall prior to the council meeting.

“We appointed Paul on an interim basis while we get all the facts of his baggage,” Councilwoman Honor Spencer told BenitoLink on Nov. 5. She was the only “no” vote. “He was a very qualified candidate experience-wise, [but] remember, we hire and we can fire.”

The council was aware of Eckert’s past when they selected him for the position. Articles in the Sioux City Journal say Eckert worked as city manager for Sioux City for 16 years before leaving in 2013. A city employee sued Eckert in 2013, claiming she experienced retaliation for her complaints against him for sexual harassment nine years earlier. The city spent $1 million defending Eckert and settled for $300,000. A U.S. district court judge dismissed the claims stating they fell outside the statute of limitations.

Besides Sioux City, Eckert has worked for the cities of Morgan Hill, Mount Shasta, Paradise, Santa Paula, Foster City, and most recently Gridley. Before applying for the Hollister position, Eckert was a finalist in September 2018 for a city manager position of Sunnyside City, Washington, and applied in May of this year for the city manager position in Roseburg, Oregon. He was the final candidate, but withdrew his bid at the last minute.

Eckert told BenitoLink before the meeting that he has 32 years of experience, including working for city councils where conflict is common. He said he has been thoroughly vetted and that 22 people were questioned during the Sioux City investigation.

“It pains me to have this perspective when the reality is far different,” he said.

Eckert said the 2013 suit stemmed from a sexual harassment claim made in 2004, and that the Sioux City mayor headed an investigation.

The lawsuit claimed the city failed to investigate and follow its own sexual harassment policies: “Consequently, city has, in effect, with Eckert as city manager, created and enforced since 2000 an unwritten policy of sexual harassment tolerance and encouragement designed to protect harassers in general and Eckert in particular,” according to the suit.

“They talked to every woman I worked with and found nothing,” Eckert said. “I was never told who it was. She was not named until 2013. She and her attorney alleged retaliation. The thing is, I didn’t know who she was. The reason for the settlement was there were process flaws. They couldn’t find the original investigation from 2004.”

Eckert made the same claims at the Oct. 4 council meeting, but some members of the public spoke out against him.

“As far as I’m concerned, I believe the women of Sioux City,” Cheryl Vaughan Booth said at the meeting. “I believe them when they say they were sexually harassed by Mr. Paul Eckert. Everybody wants to believe the man who cost the taxpayers of Sioux City, Iowa $1.3 million due to his predatory behavior.”

Elia Salinas, who took to social media with a petition to stop Eckert’s hiring before the meeting, chastised the City Council for not revealing his name until Oct. 30 when the meeting agenda came out. She said the reveal did not allow her enough time to research his qualifications. She also criticized the hiring process and Mayor Ignacio Velazquez for introducing Eckert as the new city manager before he was hired. Salinas also claimed Gridley was not aware of the settlement prior to hiring Eckert.

Gridley Mayor Bruce Johnson, who spoke to BenitoLink on Nov. 5, said he knew about the allegations before Eckert was hired, and that the police chief of Gridley personally investigated him. The mayor spoke highly of Eckert, especially his work with FEMA to obtain over $100 million in recovery funds following the 2018 fires that damaged the city and devastated its sister city of Paradise.

Even though Eckert had already resigned from his job in Gridley as of Nov. 4, Johnson said he’s welcome to come back anytime.

“The more stressful the situation and the more things need to be straightened out, he loves that,” Johnson said. “I told the mayor of Hollister when he called me ‘if you don’t want him, send him back here.’”

Before the vote, Councilman Marty Richman said being innocent until proven guilty does not just apply in the courts, but in life itself. He said he wanted more information on the matter.

He made the motion to change the resolution to hire Eckert as interim city manager, “pending the study of additional documentation by the City Council.”

Richman told BenitoLink on Nov. 5, “I can’t give a timeline for how long the interim designation will last, only that we will be working diligently toward a final decision.”