Two warehouses that may be used as plane hangers also approved. 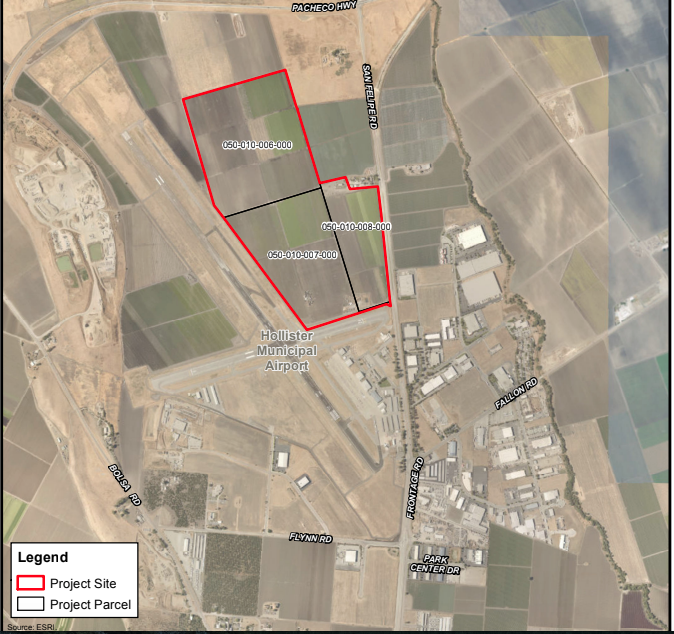 The Clearist Industrial Park will be located in the areas marked in red. Image from the Jan. 23 Hollister Planning Commission meeting agenda.
×

A year after obtaining a tentative map approval from the Hollister Planning Commission to subdivide three parcels of 207 acres into 60 lots, Clearist Park, LLC obtained amendments to its conditions of approval at a Jan. 23 meeting. Commissioners also approved two additional warehouses within the Airport Support Zoning district.

According to the agenda packet, 45.89 of the 207 acres will be developed into an industrial park known as Clearist Industrial Park. The project is located north and east of the Hollister Municipal Airport, near Swank Farms.

In a 4-0 vote, the amendments included removing a requirement to build a roundabout on San Felipe Road and Burt Drive. Commissioner Kevin Henderson had an excused absence.

About 12 amendments were made, including increasing the minimum of right-of-way road access from 60 to 72 feet and adding eight-foot class II bike lanes on each side. The developer must also submit a design and reports as well as a completed city checklist with submission of improvement plans. The developer will be responsible for any offsite waterline improvements and storm drain maintenance. Changes were made to be consistent with current engineering standards, assistant city planner Ambur Cameron said.

Rather than requiring the construction of a roundabout, Cameron said the applicant will hire a traffic engineer to prepare an intersection control evaluation. The city engineer will review the results and recommend installing either traffic lights or a roundabout at the intersection.

Commissioner Roxanne Stephens asked if the intersection evaluation was a way to consider all possible options or to simply reaffirm that a roundabout would be safe at that location.

Bryan Swanson, manager of the planning department, said it’s “an opportunity for an outside consultant to truly evaluate that intersection to make sure we are getting the highest level of service and the safest intersection that we can.”

Swanson said roundabouts are typically preferred by engineers and planners because there is less maintenance cost compared to stop lights, and because they control traffic better. Hollister adopted a roundabout policy last April, setting guidelines when roundabouts are appropriate. He added that he expects the evaluation to take about 60 days.

Stephens requested that staff include data showing how much safer one option is over the other, to help guide commissioners in their decision. She also asked staff to be aware of anything that could delay the project, as it has been in the works for over a year.

“It seems like it’s meeting a lot of the targets the city is looking at like economic development, potential for new jobs and minimal traffic within a city,” Stephens said.

Commissioners also approved site and architectural review of Commissioner David Huboi’s project of two additional warehouses with a 3-0 vote. Huboi recused himself. A total of three, single-story industrial shell warehouses will be located at 1961 Airway Drive, which is in the Airport Support Zoning district. The first 15,000-square-foot warehouse was approved in June 2018 and is currently under construction.

All three buildings will have access to the Hollister Municipal Airport and can be used as airplane hangers.

Assistant planner Eva Kelly said the two new warehouses, 15,000 and 11,250 square feet respectively, are part of the second phase of the project. The Planning Commission also approved dividing the parcel into three lots.

The project includes 42 parking spaces, exceeding the required 26 based on the total warehouse square footage. Kelly said the project still needs to be approved by the Airport Commission whose next meeting is Feb. 26 at 6 p.m. The agenda is not yet available. 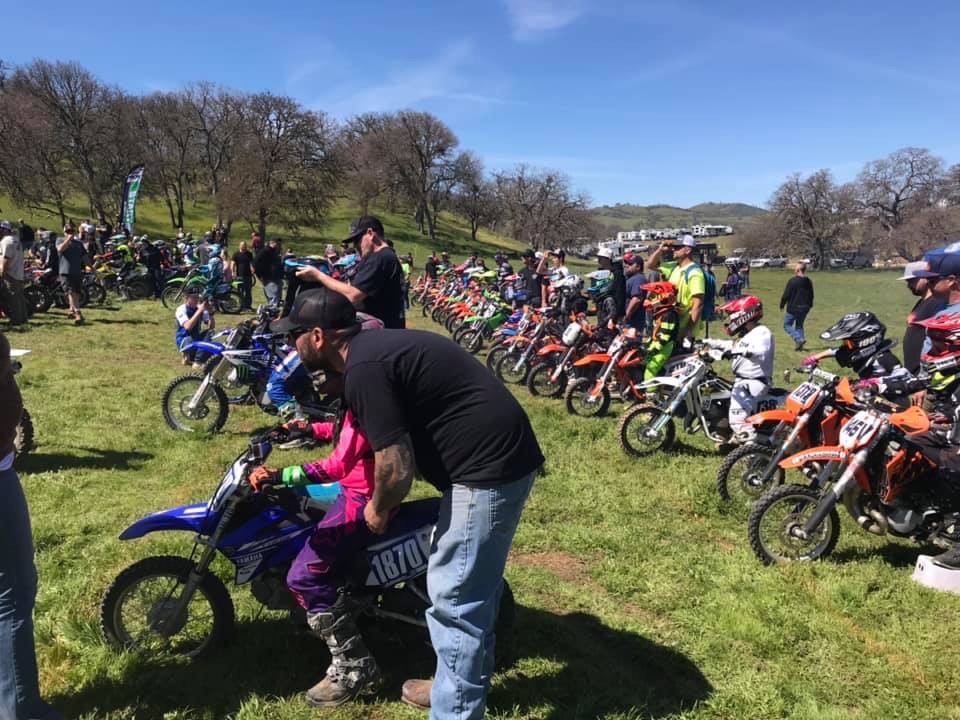