Fire consumed over 70% of a structure on Vista Hill Court. 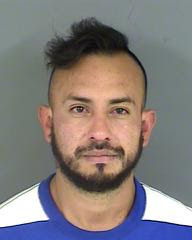 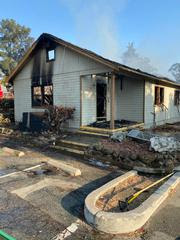 Hollister Police have arrested a suspect for unlawfully causing fire to a city building near Park Hill, according to a Sept. 8 release.

On Sept. 5 at 5:53 a.m., officers and firefighters were dispatched to the 400 block of Vista Hill Court for a report of a structure fire. Firefighters arrived to find one of the boarded up city buildings on fire. The fire eventually consumed over 70% of the structure.

Once the fire was extinguished, Hollister police officers along with Arson Task Force investigator and San Benito County Sheriff Deputy Jason Leist were investigating the incident. Deputy Leist contacted Jorge Sanchez Reyes, 32, in Vista Park. Police said Reyes is currently a transient and matched the description given by witnesses of the suspect that fled from the building when it was set on fire.

During the course of the investigation, police said probable cause was developed to arrest Reyes for allegedly starting the fire. Reyes was charged with felony arson and additional drug related charges and is currently being held at the San Benito County Jail.

Anyone with information regarding this investigation is asked to contact Deputy Leist at 636-4080 or Officer Wells at 831-638-4331. Persons wishing to remain anonymous may call WeTip at (800) 78-CRIME. Information provided to WeTip may qualify for a reward. 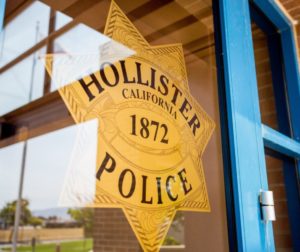 Police arrest man for assault with a deadly weapon

HPD dispatched to the 900 block of Monterey Street on Oct. 21 regarding a suspect brandishing a long piece of metal pipe and trespassing.

The service is free and anonymous, no questions asked.