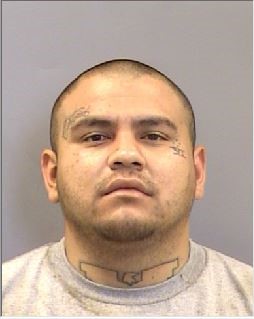 The following information was provided by Hollister Police Department.

A news release published Sept. 7 stated that Hollister Police arrested a state parole fugitive on gun charges after a car then foot chase in Hollister.

Hollister Police Sergeant Melgoza was on patrol on Sept. 7, at about 10:18 am in the area of Fourth Street and San Benito Street when he noticed a white Dodge van committing several California vehicle code violations.

Sergeant Melgoza attempted to conduct a traffic enforcement stop for the violations the release said, but the driver failed to yield.  The driver, who was later identified as Daniel Allen Perez  (23), led officers on a vehicle pursuit through residential streets and the east side of Hollister.  The vehicle pursuit came to an end at Arbour Lane when Perez jumped out of the still moving vehicle and fled on foot.  The car eventually came to a stop when it collided into a fence. Perez fled into the residential area and officers formed a perimeter around the surrounding city block.

The news release notifying the public of the arrest also said that after a short house to house search, Perez was found hiding in a vehicle located in a barn across the street from the initial stop. Police were able to take Perez into custody without any further incident. The report continued stating officers located a black backpack Perez had discarded during the foot pursuit. Officers located a loaded revolver along with extra ammunition. Further investigation revealed the revolver had been reported stolen from a resident of the city of Hollister.  HPD stated that Perez was a wanted fugitive by California State Parole.

The news release stated, “The Hollister Police Department would like to thank the San Benito County Sheriff’s Office for their assistance in setting up a perimeter and helping to take the suspect into custody.

“Anyone with information regarding these investigations is requested to contact the Hollister Police Department at 831-636-4330. Persons wishing to remain anonymous may call “WeTip” at (800) 78-CRIME. Information provided to WeTip may qualify for a reward.” 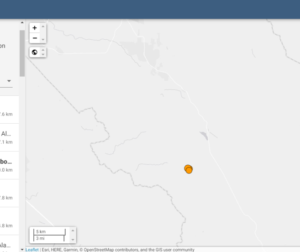