A firearm manufacturing tool, which is known to be used in the illegal production of firearms, was found in the suspect's residence. 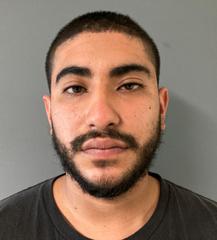 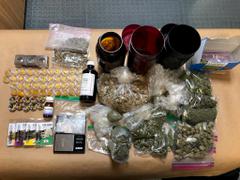 The Hollister Police Department announced in a Feb. 20 press release that it arrested Santiago Cavazos for drug sales and stolen vehicle charges.

The release stated that on Feb. 5, at 11:37 a.m., Sergeant Weiss responded to a report of a stolen vehicle after the car owner was notified by the California Highway Patrol that the vehicle had been involved in a collision. The car owner did not know his vehicle had been stolen.

When Sergeant Weiss made contact with the Highway Patrol officer investigating the collision involving the unreported stolen car, the CHP officer advised the driver, identified as Santiago Cavazos, had been booked into the San Benito County Jail for unrelated offenses discovered at the time of the collision. When Sergeant Weiss attempted to contact Cavazos at the county jail in regards to the stolen vehicle, he discovered Cavazos had already posted bail and released.

Later in the day, Hollister Police Officer Garcia initiated a vehicle stop in the area of Sally and Hawkins streets for a traffic violation. The driver of the vehicle was identified as Cavazos. Sergeant Weiss alerted Officer Garcia of Cavazos being wanted in regards to the stolen vehicle. Cavazos was subsequently arrested for the unlawful taking of a vehicle. During the inventory search of Cavazos’ vehicle, officers discovered large quantities of marijuana, concentrated cannabis wax, psilocybin (psychedelic mushrooms), alprazolam pills (generic for Xanax), various narcotics packaging materials and a scale, according to the release.

Officer Garcia also arrested Cavazos for multiple felonies associated to the possession and transportation of the contraband and possession for sales.

On Feb.18, police officers along with Unified Narcotics Enforcement Team (UNET) Agents and San Benito Sheriff Deputies executed a search warrant at Cavazos’ residence. During the execution of the search warrant, officers located further evidence to support charges of possession of marijuana for illegal sales. Officers also located a firearm manufacturing tool, which is known to be used in the illegal production of firearms, according to the release.

The Hollister Police Department would like to extend its appreciation to outside agencies that assisted during the investigation and execution of the search warrant. Anyone with information regarding this investigation is asked to contact Officer Garcia at 831-636-4330. Persons wishing to remain anonymous may call WeTip at (800) 78-CRIME. Information provided to WeTip may qualify for a reward.

Position is open until filled. First selection to occur March 29.

Medi‐Cal is the primary health care system for more than half of the state’s population under the age of 20. 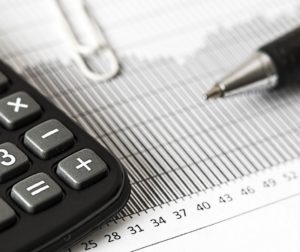