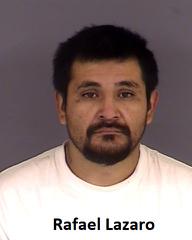 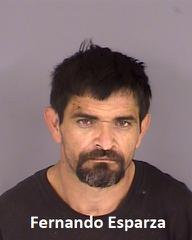 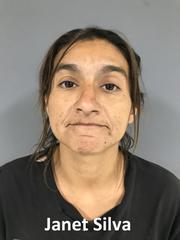 The Hollister Police Department arrested two adult males and an adult female, all from the Bakersfield area, in the early morning of Dec. 9 after a concerned resident reported suspicious activity possibly linked to the attempted theft of a catalytic converter in the 2000 block of Highland Drive, according to a press release.

Around 12:11 a.m. Hollister police were dispatched to the 2000 block of Highland Drive for a report of a male seen getting into a silver Chevrolet Tahoe and then speeding away.  The reporting party suspected the man getting into the Tahoe had been trying to steal a catalytic converter from a nearby truck.

Enroute to the area, Officer Rene Rayas saw a silver,8 2009 Chevrolet Tahoe driving north on Pinnacles National Park Highway from Sunnyslope Road.  Officer Rayas conducted an investigatory stop of the Tahoe on Highway 25 near San Felipe Road.  Officer Rayas contacted the occupants whose behavior and story as to why they were in Hollister caused more suspicion.  Furthermore, cutting tools were visible in plain sight within the Tahoe and the female appeared to be under the influence of a controlled substance, according to the press release.

Lazaro was arrested and booked into the San Benito County Jail on violations of vehicle tampering, attempted theft, possession of burglary tools, and conspiracy.

The driver of the Tahoe, Fernando Esparza (37), was arrested and booked into the San Benito County Jail on violations of vehicle tampering, attempted theft, possessing of burglary tools, possession of a controlled substance, conspiracy, and having a warrant for his arrest out of Bakersfield.

The female passenger, Janet Silva (38), was arrested and booked for vehicle tampering, conspiracy, and being under the influence of a controlled substance.

The Tahoe was towed and stored due to Esparza being an unlicensed driver and signs the vehicle might be an unreported stolen vehicle.  Later in the afternoon, The Tahoe was reported stolen in Kern County, CA.  All three suspects had since been released from custody.  Any charges of vehicle theft will be referred to the District Attorney’s Office.

The Hollister Police Department would like to thank the citizen who called the police to report the suspicious activity and provided a good description of the suspect and the vehicle.  The police value the partnership we have with our community.  Working together we can continue to make Hollister a safe place to live.

Anyone having information on this case or any other pending investigation is asked to call the Hollister Police Department at 636-4330.  Persons wishing to remain anonymous can call the WeTip Hotline at 800-87-CRIME.  Information provided to WeTip may qualify for a reward. 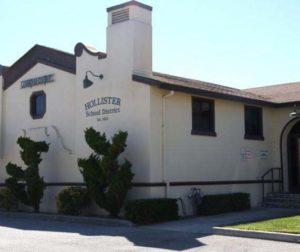 Partnership with Youth Alliance brings changes including Spanish translation at school board meetings and working to have additional mental health counselors at the schools.