For the first time, officials will hold a ceremony showing solidarity with the LGBTQ community on the 51st anniversary of the Stonewall Riots. 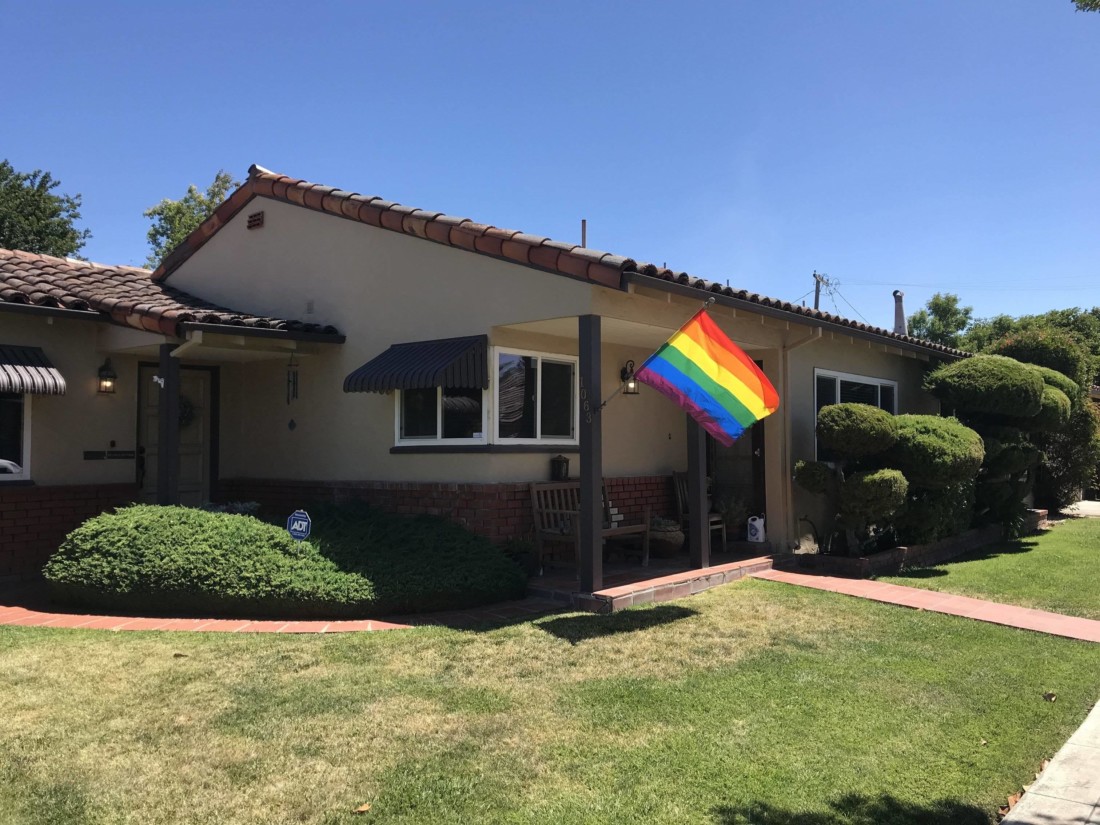 The pride flag on display outside of Joseph Felice's home in Hollister. Photo by Frank Perez.
×

Fluttering outside of Joseph Felice’s downtown Hollister home is a rainbow colored flag—a symbol of his family’s support for the local Lesbian, Gay, Bisexual, Transgender, Queer or Questioning community.

On June 28 at 10 a.m., the city of Hollister will join the Felices in showing its solidarity with the LGBTQ community by raising the Pride flag at City Hall for the first time.

“After participating in the [Hollister] Black Lives Matter protest and watching how motivated the young organizers were, I told Mayor Velazquez that we needed to do something to recognize the Stonewall Riots, while sending a clear message that we’re an accepting, welcoming, and loving community,” Resendiz told BenitoLink.

The flag raising ceremony will mark the 51st anniversary of the Stonewall Riots, a seminal moment in LGBTQ history. Located in New York City’s Greenwich Village, the Stonewall Inn was patronized by LGBTQ street youth, those of color, and others who were disparagingly referred to as sexual deviants. For many, the mafia-owned bar serving watered-down drinks and playing dance music throughout the night was a place of both refuge and liberation.

In the early hours of June 28, a vice squad raided the Stonewall, igniting a riot by the LGBTQ community and its allies which lasted for five days. The event was commemorated in a march that occurred the following year in cities throughout the United States, giving rise to a new era of LGBTQ activism and designating the month of June as Pride Month.

When Felice—who served as mayor of Hollister from Dec. 1993 to Dec. 1994 and again from April 1997 to Dec. 1997—learned of the flag-raising ceremony while speaking to this reporter outside his home, he said one word, “Phenomenal.”

And after contemplating the resolution’s significance, the former mayor then added: “It lets everyone in the city know that everyone is welcome here, and that we’re good people who don’t harbor bad feelings against anyone.”

Resendiz hopes that the entire community attends the June 28 ceremony, and that attendees leave feeling inspired to continue the message of those who rioted decades ago.

“I want to plant the seed that advocacy work against ignorance and hate is not done. It’s important that people, especially the youth, get involved and push for change. And parents need to educate their children that we’re all the same, and we all deserve the same rights,” he said.