Marketing of July event plays on ‘It’s all about the ride’ theme. 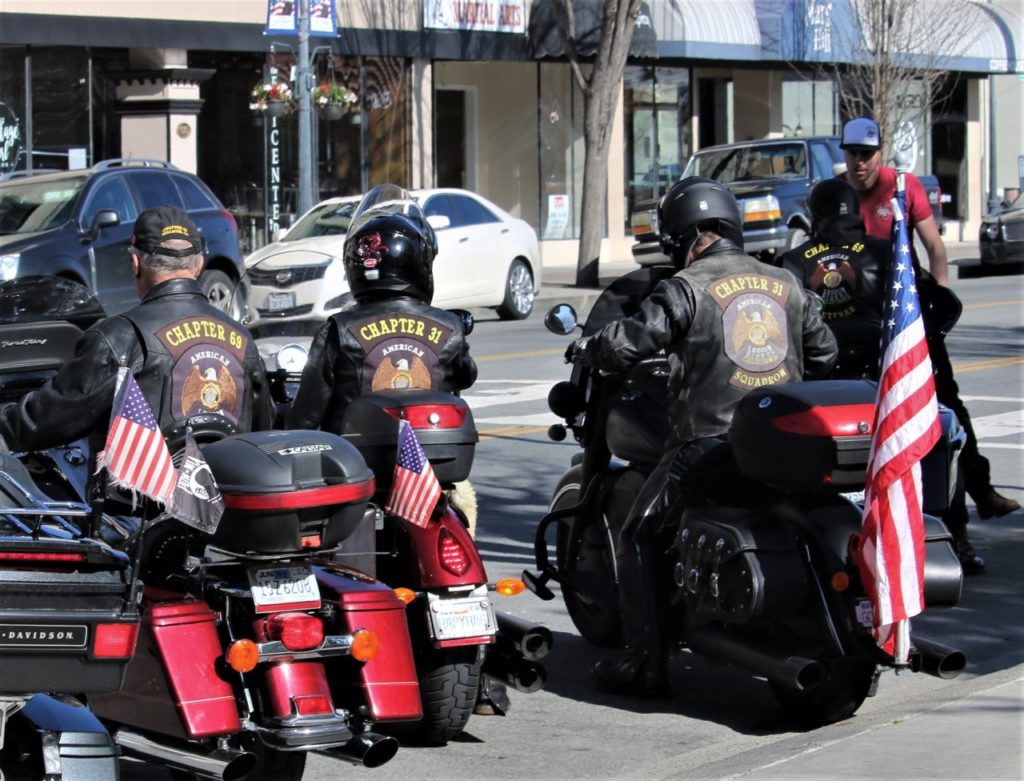 With the July motorcycle rally just a few months away, promoter Brian Holt is shooting video here in Hollister.

Holt and others have been working for several months to gear up for the rally. To reach the widest possible audience with the message that the rally is still on, several three-minute videos are being produced to show the back country roads and highlights of what bikers can discover in San Benito County.

The overarching theme for the rally is “It’s all about the ride,” Holt said.

Videographer Andrew Hancock traveled from Southern California to shoot and produce promotional videos for the rally. They will be posted on motorcycle-related websites, Facebook and other platforms, as well as BenitoLink. Hancock was on hand Saturday to shoot video of about 15 local American Legion Post 69 riders.

“They’re going to pull up in front of the vets’ center and pose for the video about what’s happening there the weekend of the rally,” Hancock said. “We shot at Corbin for several hours yesterday and got [Mike Corbin’s] whole story, his history with the company and history with the rally. We’re going to show what people will see during his open house.”

Hancock took his camera to capture two rides in the county that show off the scenery.

“When you go on a ride it’s for fun, but to make it look good on video the experience is not fun,” he said.” You have to find a cool spot, set up the shot and have the motorcycles go by two or three times, and then you go to the next spot. You don’t have to go very far and there’s green, rolling hills, so it’s really cool. We didn’t have to go 100 miles for a good ride.”

He said the videos would be completed in about two weeks.

Holt said he and the American Legion Post 69 Riders are in the planning stages of creating a motorcycle ride in San Benito County during the rally. Besides setting up a T-shirt stand at Corbin Motorcycle Seats and Accessories as he did last year, Holt has also rented out the Veterans Memorial Building in downtown Hollister to serve as one of the five locations for the rally.

Holt’s father was a World War II veteran. He aims to make sure that the Veterans Memorial Building, which he called “sacred ground,” is treated respectfully, and that the veterans of VFW 9242 and American Legion Post 69 can participate.

“This year, we will be having a ‘Salute our Heroes’ tribute signing wall for the patrons who come here to say thanks for our military,” Holt said. “We want to show our support to the local community and the veterans, past and present.”