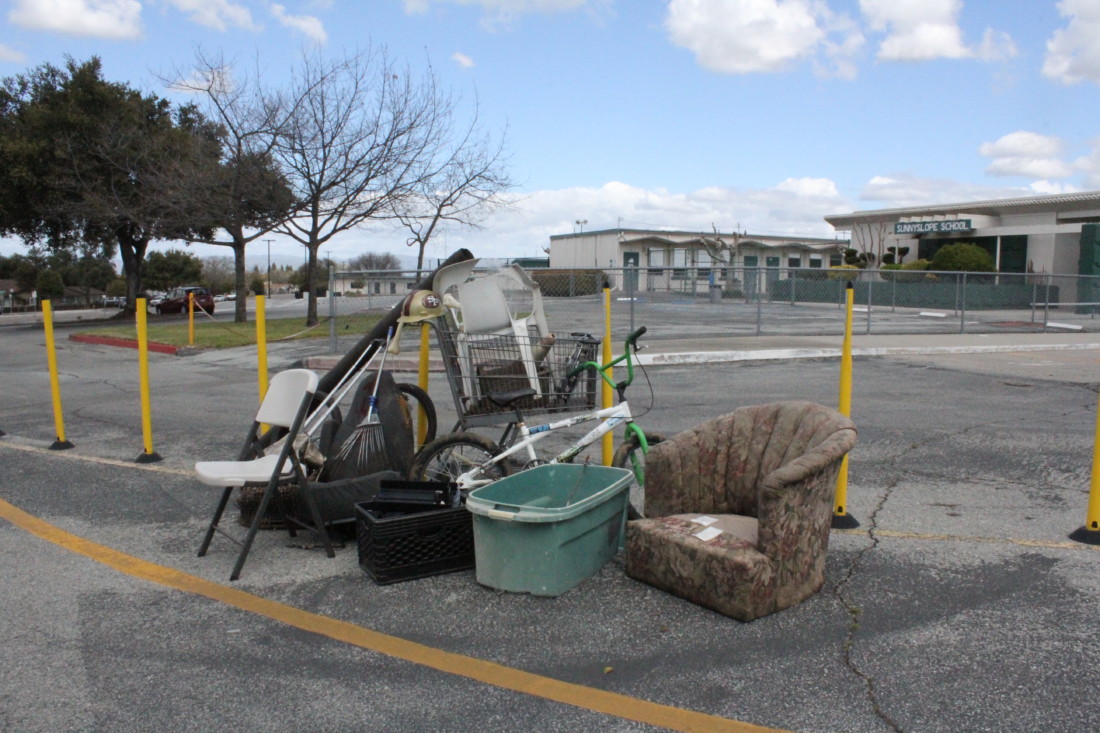 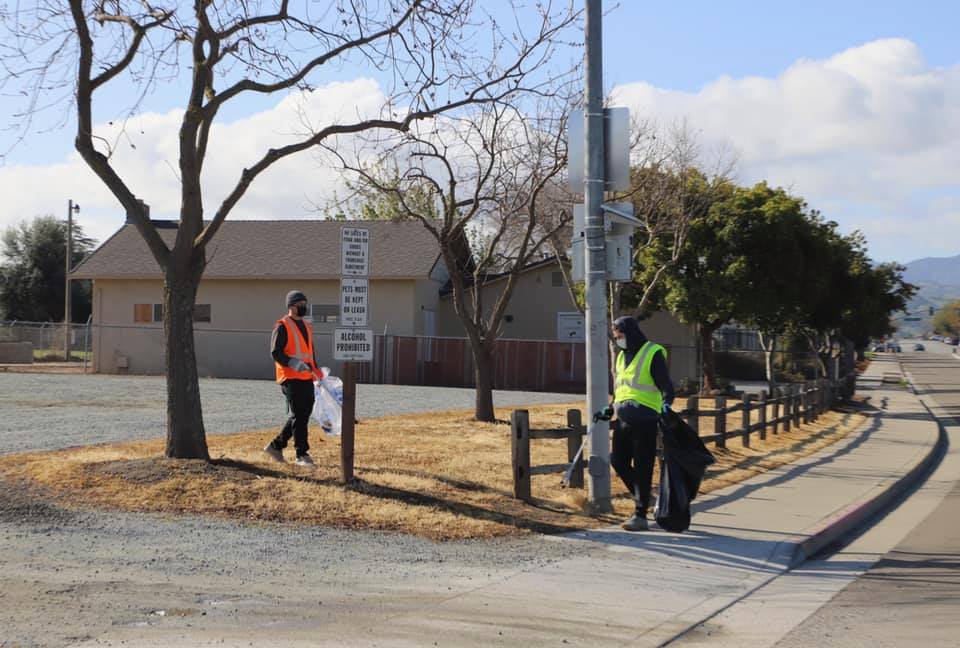 Volunteers on the streets of Hollister. Photo courtesy of Celina Stotler. 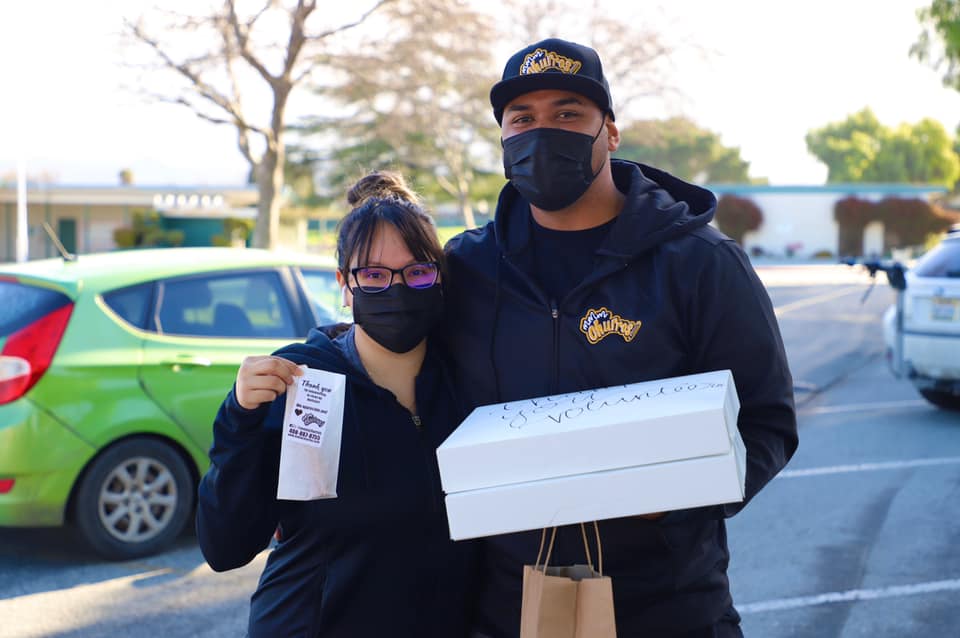 Priscilla and Mike Jones of Mmm Churros brought some of their sweet treats for volunteers. Photo courtesy of Celina Stotler. 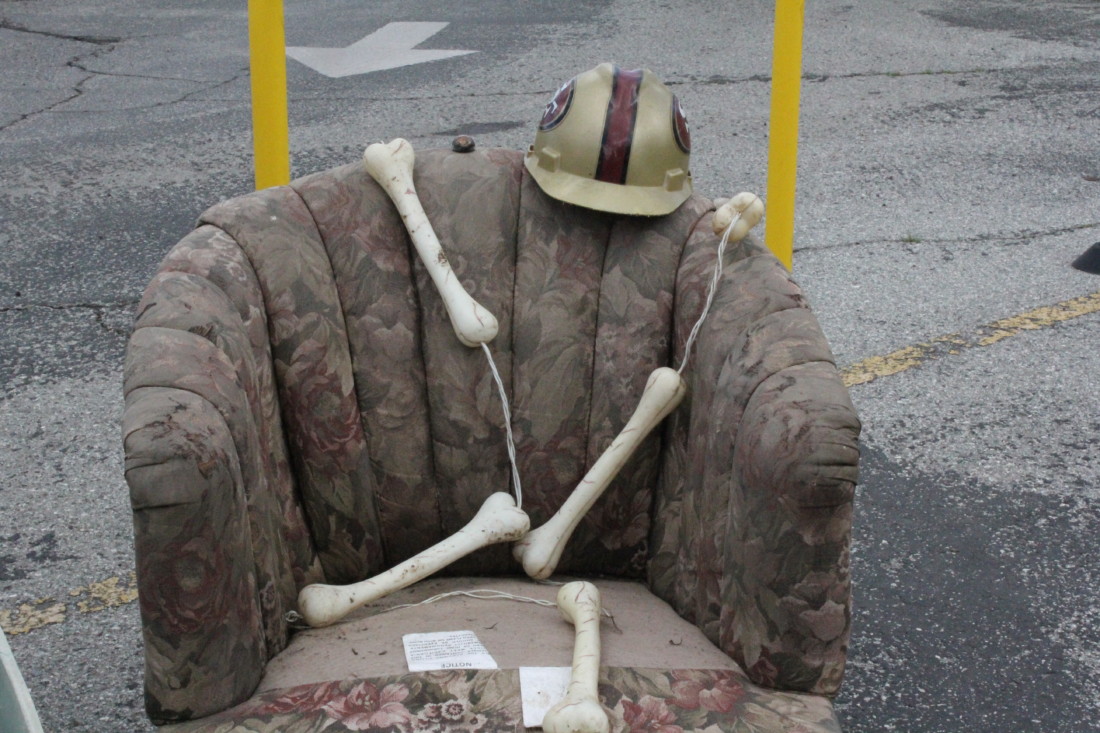 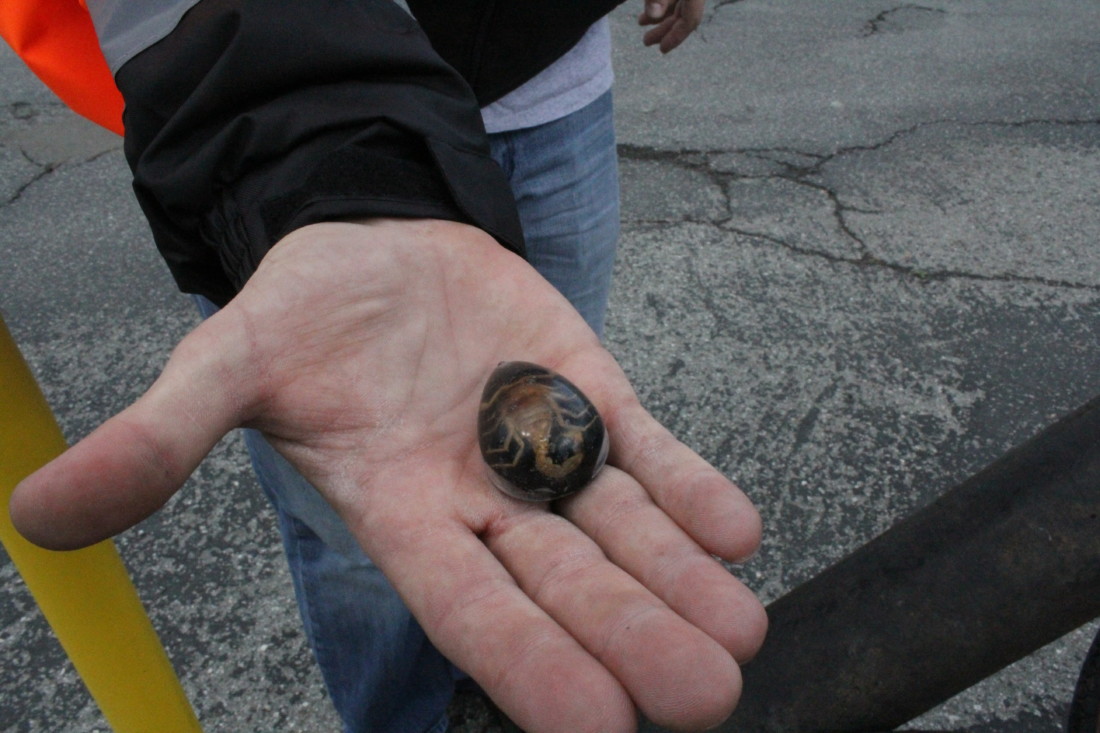 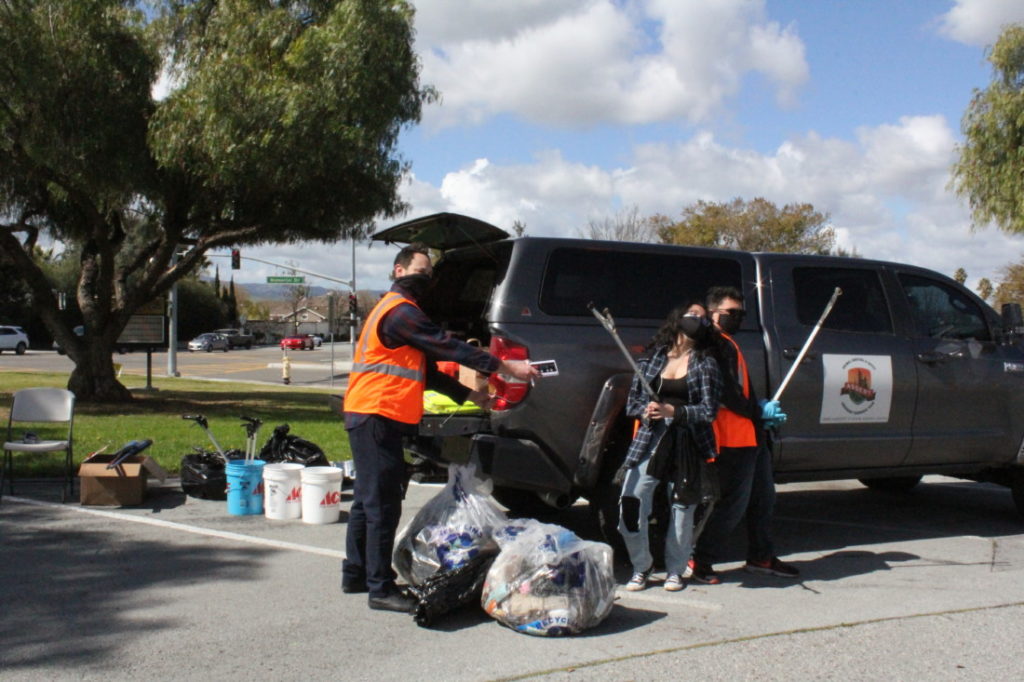 While some people chose to spend the weekend relaxing at home, 32 Hollister residents took to the streets for four hours on March 20 to clean them up.

With organizer Ryan Okrant and Rudy Picha staying at the designated home base of Sunnyslope School, volunteers donned safety vests and carried garbage bags and pick-up sticks as they walked local neighborhoods. They collected approximately 1,500 pounds of refuge, both landfill and recyclable goods.

Okrant launched the cleanup after he moved to Hollister just one month ago and noticed garbage in the streets. With the help of Picha and Celina Stotler, staff analyst at San Benito County Integrated Waste Management, he organized the event through his Facebook group Hollister Litter Project.

Hollister residents Jasmine Salazar and Victor Espinoza collected 44 pounds of trash around Hillcrest Road and Highway 25. Salazar told BenitoLink they took part in the cleanup “to be part of the community.” Espinoza said they saw an abundance of disposable face masks.

Okrant said he loves his new home and was impressed with the community response. “Everyone sees it,” he said of the garbage on the streets, adding that it just takes getting organized to fix it. His friend Picha said he was happy with the number of people who came to pick up trash.

Jon Cuilla, owner of Pour Decisions Taproom in Hollister, said he was there to give back. His taproom was vandalized a few weeks ago and members of the community helped clean it up. His 10-year-old son Cameron said he came to the cleanup because “I wanted to spend time with my dad.”

During the last hour, Stotler arrived back at the Sunnyslope site with the Growing Hearts Garden Center team who worked on removing litter from Vista Park Hill and the surrounding area. The team collected 627 pounds of garbage, some of which Stotler believed came from illegal dumping. She added that Growing Hearts is currently working on a community garden in the park.

The work was not without reward, as prizes mostly acquired by resident Ashley James were given to participants. Prizes included gift certificates to local restaurants such as Grillin and Chillin Alehouse and Mangia Italian Kitchen, as well as an Easter gift basket from San Benito Bene. Other businesses made donations of cleaning supplies (Central Ag Supply and Integrated Waste), churros (Mmm Churros), coffee (Starbucks), snacks and on-site registration (Shelton Insurance Marketing), and a water pump (Damm Good Water).

Joey Brajkovich was the single collection prize winner and said he “wanted to be involved in the community.” He made several trips around the Sunnyslope School area during the cleanup, which resulted in 144 pounds of refuge collected.

The group of residents hopes to continue with the cleanups, and is working out the best schedule for it, likely either monthly or quarterly.