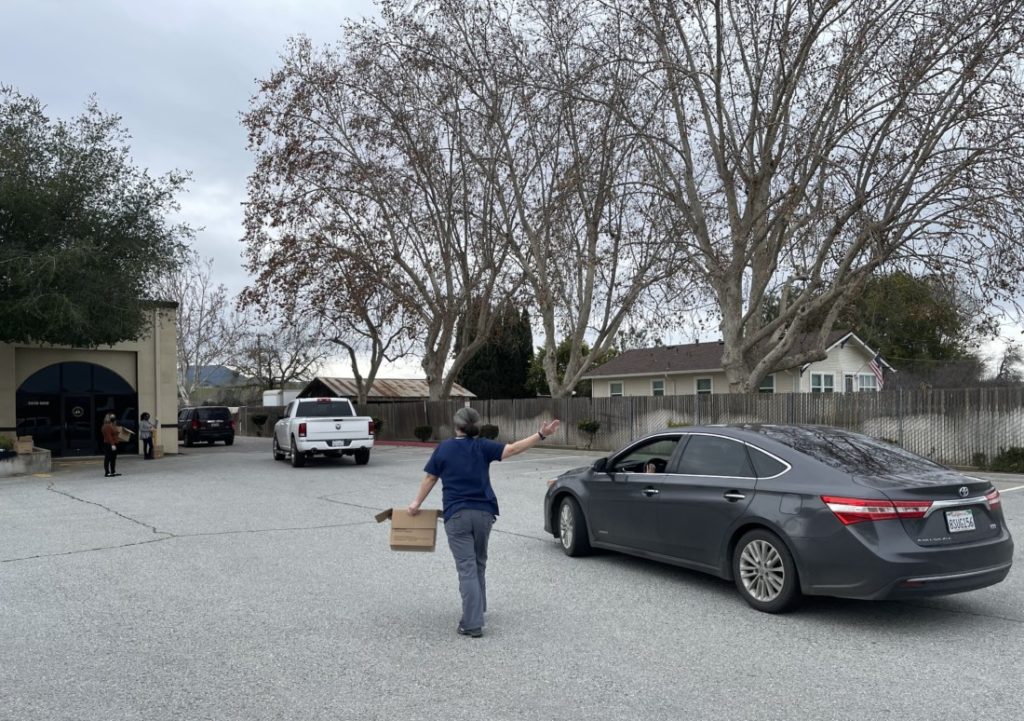 Handing out kits at the district office. Photo by Robert Eliason.
×

Students returning to school Jan. 4 after the winter break are being provided with free COVID-19 antigen test kits by the Hollister School District in an effort to minimize the spread of COVID in schools after the holidays.

The California Department of Public Health provided 6,000 kits to the district. They were distributed at a drive-through pick-up on Jan. 3 at the Hollister School District office at 2690 Cienega Road as well as walk-in pickups at the Calaveras/Accelerated Achievement Academy and R.O. Hardin Elementary School.

“We were contacted by the Department of Public Health and asked if we wanted to be part of this program,” said Hollister School District nurse Anita Sarringhaus. “We got the kits the day before the break but decided to hold them until they were going to be returning because, as far as we know, this is a one-time thing.”

The district was given enough kits to cover all of the students and staff. Each kit contains two self-administered tests.

“The goal is for everyone to test on Jan. 3 or 4, before returning to school, and again four days later,” Sarringhaus said. “Students are instructed to contact a school nurse if they test positive and to stay home. And any unvaccinated sibling in the house should stay home as well.”

While the Centers for Disease Control is now advising people to stay quarantined for five days after a positive test, Sarringhaus said, for now, students who test positive should go by California State guidelines for schools, which require 10 days of isolation.

“I have been checking every hour for a change to that policy,” she said. “But until then, the state supersedes the CDC’s advice.”

When parents got word from the district about the kit distribution, the turnout was huge and immediate.

“We had one person at first, handing them out to the cars as they came in,” Sarringhaus said. “At one point we needed to have five people there to keep up with the demand. I think people were very happy to be getting the kits rather than having to pay for them in stores—and I also know they have been hard to find.”

Parent Marisa Duran heard about the kits through a text message from the district. She went to the Accelerated Achievement Academy, where her children attend school, and was told they had given out their supply.

“We went to the district office,” she said. “There was a line of about 10 cars but it was really easy. They asked how many kids we had in school and gave us the kits. It was so fast—they had a lot of people there handing out the kits.”

As of the end of the day, almost all of the kits were distributed. However, each school has a reserve of 90 kits so that parents who missed out on the first distribution can pick one up at any school in the district while supplies last. 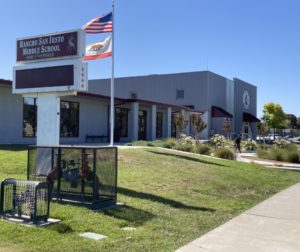 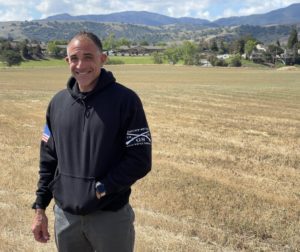 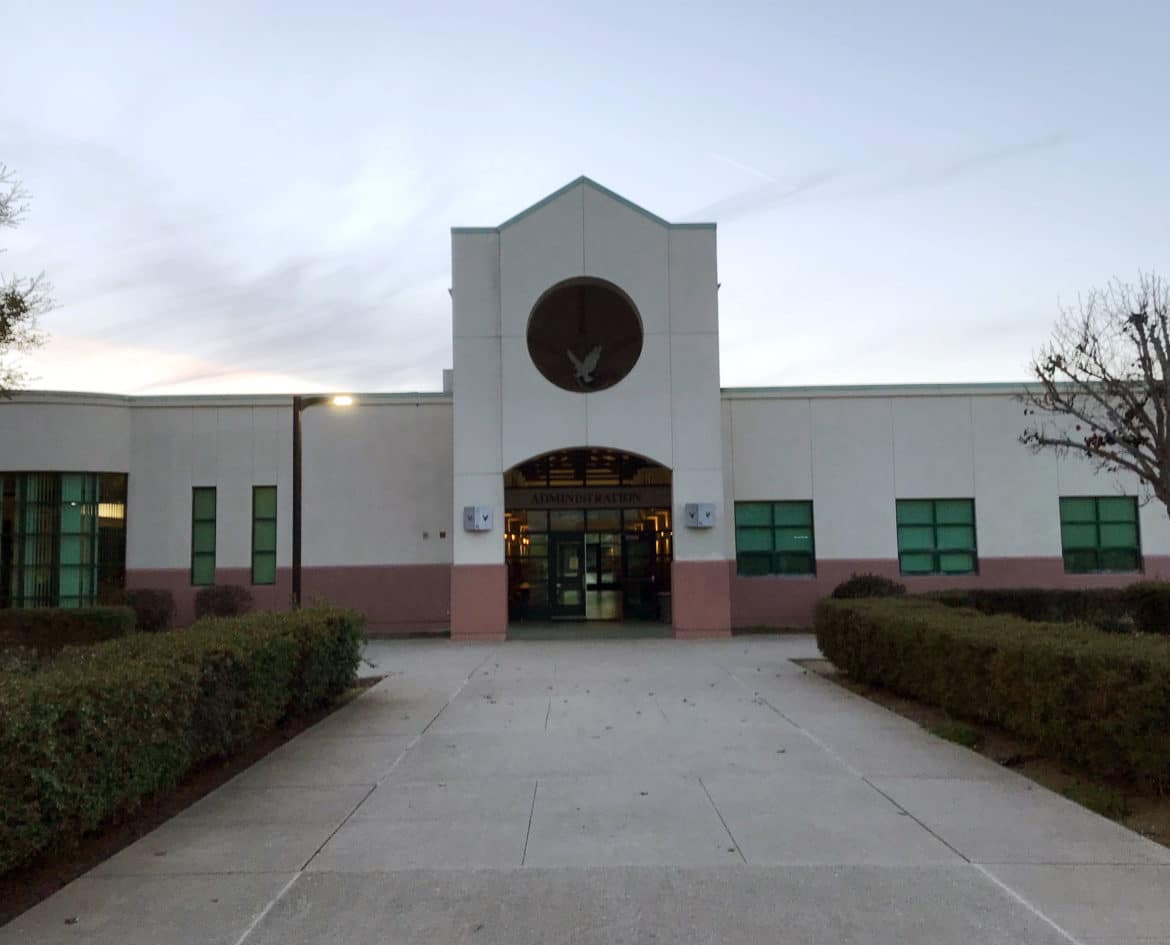