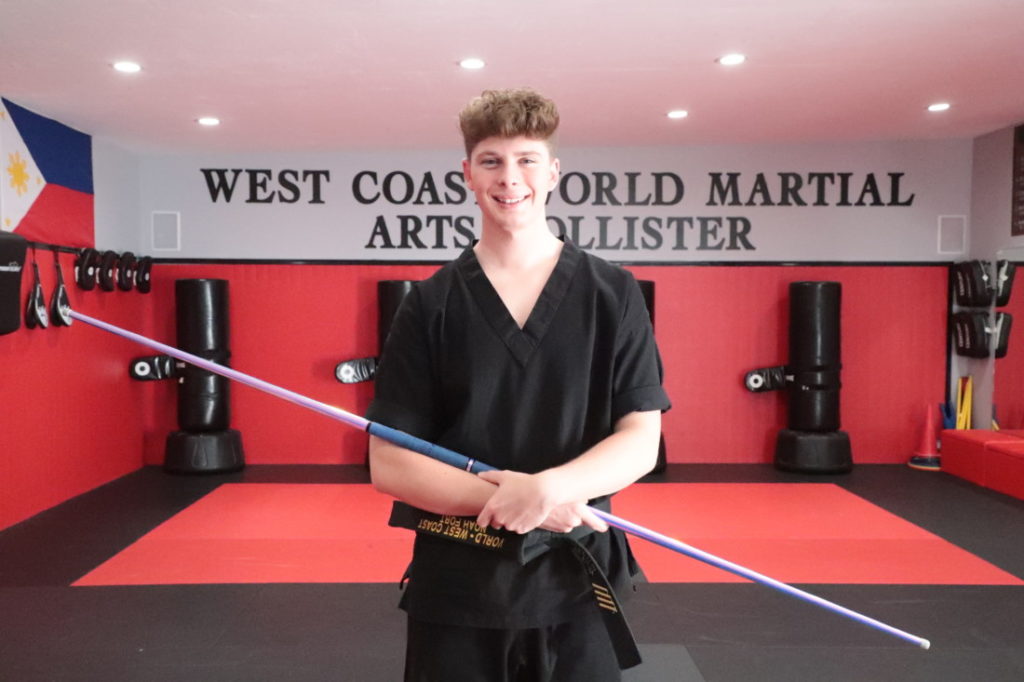 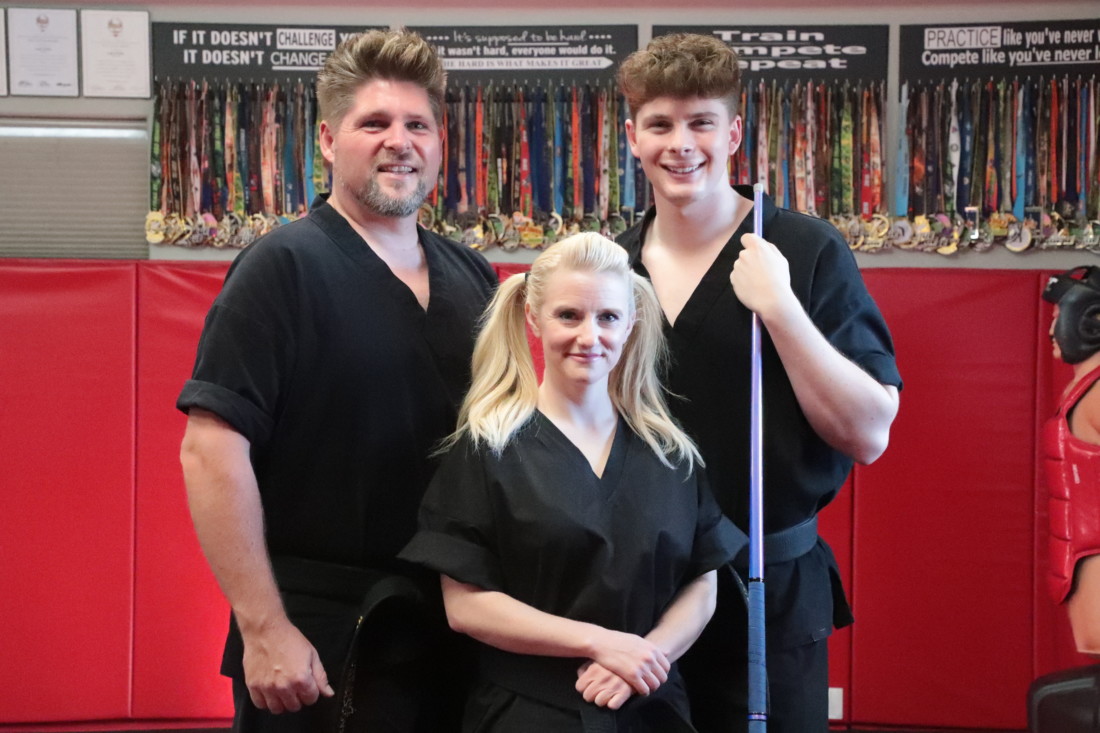 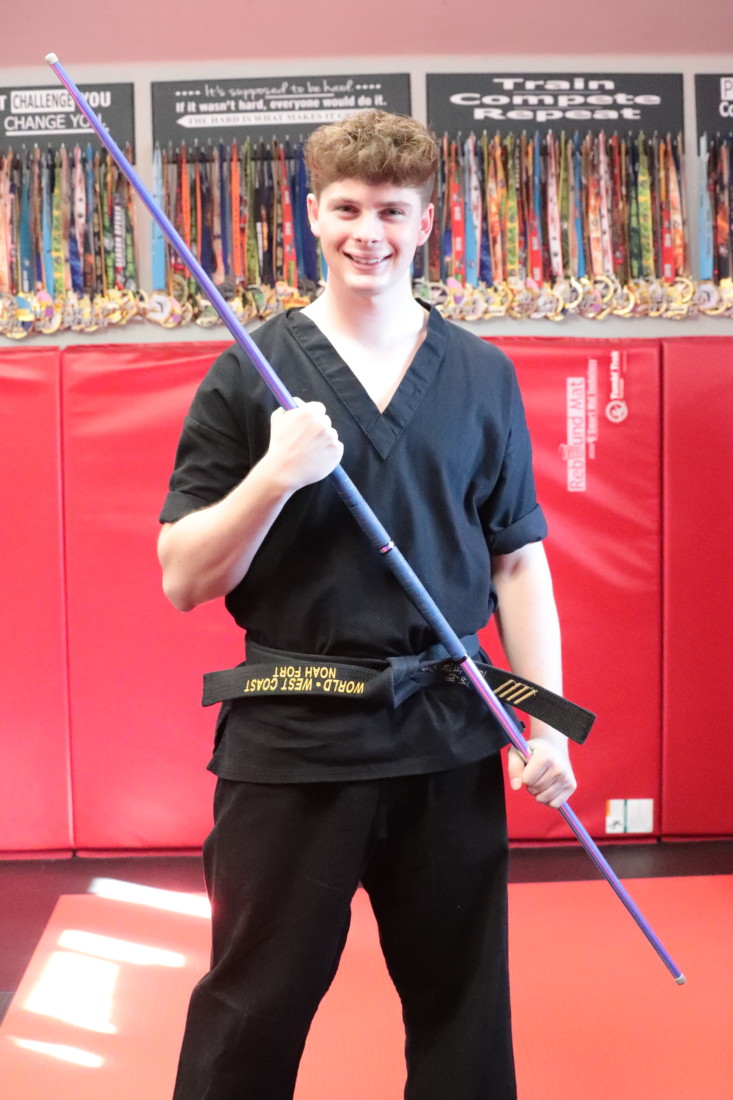 There comes a point in everyone’s life where they have to look into a mirror and admit that they are not Superman. If his recent performance on the Italian television show “Lo Show Dei Record” is any indication, it will be a long time before that day comes for Noah Fort.

Not only did the Hollister resident, 18, crush a Guinness World Record in front of a live audience, but he did it under bad conditions including jet lag, lack of sleep, and an ankle injury.

Nathan Fort, Noah’s father and owner of Hollister’s West Coast World Martial Arts, said his family was approached to perform on the show, which is taped in Milan, Italy, and asked to select a record to break.

“We went on to the Guinness World Record site and we found quite a few things, including the one with the bo staff,” he said. “Noah is one of the top competitors with the bo staff, so we thought, ‘He could probably break any of these records.’ On his first try in the studio, he broke it easily.”

The record they decided to break was for consecutive 720-degree spin catches, 15 catches in one minute. This involves bringing the staff behind the back, rotating it 720 degrees around the hand, throwing it into the air and having it rotate 720 degrees while the person spins 720 degrees and catches it.

“That is already a difficult thing to do,” Nathan said, “and they wanted him to do it for a minute straight. Doing it over and over again like that is kind of a crazy task.”

Nathan sent the producers an audition tape of Noah’s routine—and the producers asked for a slowed-down version because he was moving so fast they could not figure out what he was doing.

Once approved to perform at the end of February, he had very little time before having to fly to Milan.

“I only had four days to get ready,” Noah said. “And we got the tickets three days before we left. So there was really no chance to train.”

Nathan, his wife Lisa, and Noah were also asked to perform a routine as Jedis with lightsabers just before the segment where Noah would attempt the record. Traveling for 24 hours straight, they flew to Milan, where they were immediately taken to the television studio to rehearse. There they were met with an unwelcome surprise.

“We found out they were not going to be using the music we had been practicing with,” Nathan said, “That immediately got rid of all the cues we had used to create the performance. We were thinking, ‘How are we going to make this work?’”

The television show was taped the next day, and the Forts discovered the station had provided them with brand-new—and very slippery—mats on which to perform.

“We are always planning on something going wrong,” said Noah. “We just have to keep going and when we felt how slippery they were, we changed up our stances and did our performance.”

At one point though, during a flip, the mat proved to be a serious hazard.

“My ankle shot out and I thought I broke it or at least tore a ligament,” Noah said. “There are times in the routine when I have to land on that foot that I thought, ‘My leg didn’t collapse; I’m alright.’ But I was very nervous and scared. When it happened, I had too much adrenaline to let it bother me, but as the show went on, I started feeling it more and more.”

Undaunted, but in pain, and exhausted, Noah was able to do the routine that he flew across the world to perform.

“I was very worried but I went full out as if there was nothing wrong,” Noah said. “The lights and the mats were crazy, people were shouting at me in Italian and I was not sure what they were saying. I felt like I was going very, very slow, but I was trying to find the balance between being careful and going as fast as I can, and it went perfectly.”

On the show, the audience normally counts along with the performance. But this time, they were fully focused on Noah.

“Everyone was so mesmerized that they forgot to count,” Nathan said, “So at the end of the minute, nobody knew how many he had done.”

The judges, however, kept track. With the previous record being 15 repetitions in a minute, Noah came through with 28, almost doubling the number and received a plaque with a certificate of his accomplishment. (See video here)

“I had no idea how many I had done,” Noah said. “I decided to give myself as few distractions as I could and just keep going until they told me to stop. I was very excited when they told me the number. I was confident I could do it and I was happy with the outcome.”

With the record now behind him, Noah has moved to Los Angeles to pursue an acting career. But his father is still marveling at what he was able to do onstage in Italy.

“He set out to do a very difficult thing, almost impossible under the circumstances,” Nathan said. “But he adapted and he accomplished what he set out to do. That he was able to pull off the performance that he did was really incredible.” 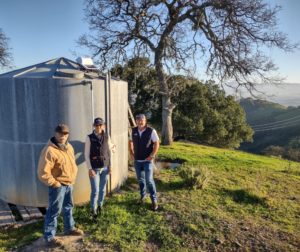