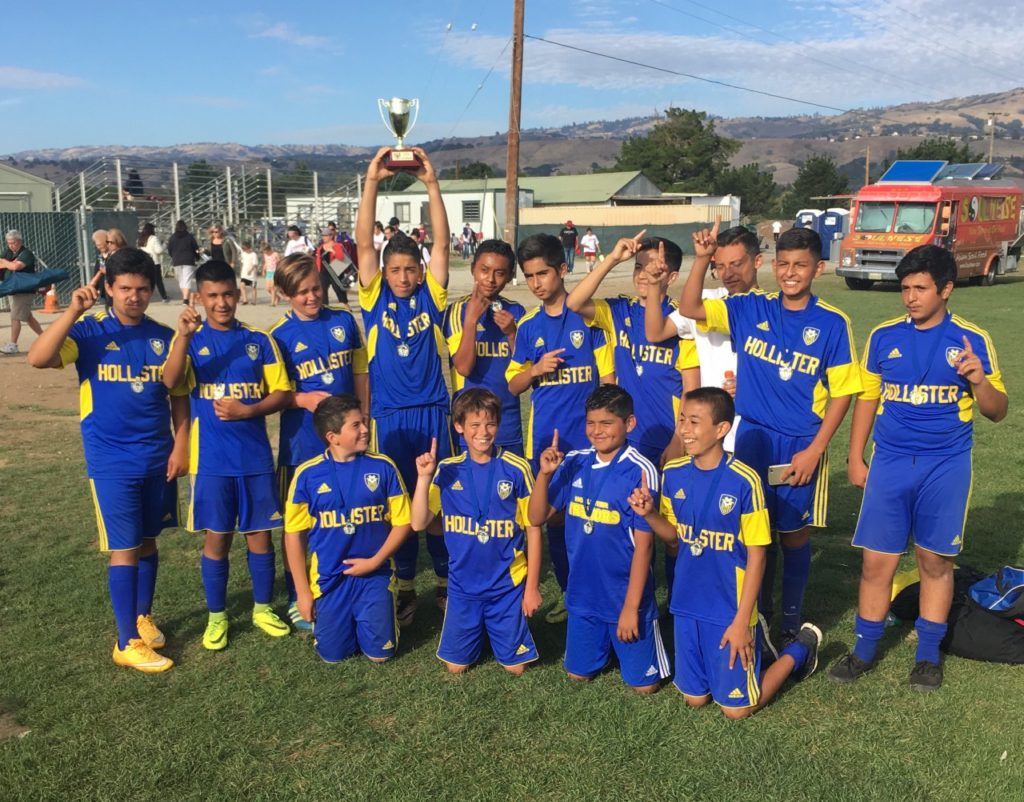 For the second year in a row, the Hollister Tremors Pumas U14 boys' soccer team became the reigning champions at the CalNorth District Cup Tournament. Due to their undefeated 8-0 season, so far, the Pumas were placed with more competitive Gold teams from around the South Bay area for the tournament, playing with top-ranked teams.

Not to be intimidated by the increased pressure and the intensive competitive play found in Gold team competitions, the Pumas took an early tournament lead by soundly beating the highly-ranked Gold Ravenswood Youth team from East Palo Alto. The unwavering Pumas defense, anchored by sweeper Sergio Ramirez kept Ravenswood to only one goal, while a relentless Pumas offense put three into the back of the net.

The Pumas continued their pressure through two more games with a 4-0 win against the Ravens from San Bruno and a 1-1 draw with the San Jose Earthquakes, which was more than enough to put them into the final on Sunday, Oct. 23 against the Madera Roja Soccer team from Redwood City.

The Pumas started the game aggressively, with Madera Roja appearing to not expect such an aggressive and coordinated attack the Hollister team. The Pumas took an early 1-0 lead with a solid shot on goal by Luis Garcia that ultimately ended up in the net after the Roja saved the shot, then bobbled the ball across the goal line. Madera quickly responded, and within a few minutes had a solid shot from outside the box to even up the score.

The Pumas kept their strong offense up, with a shot by Adolfo Corona in the closing minutes of the first half that put Hollister ahead by one. The second half was full of intense action and opportunities for both squads to put another goal in the net.

The versatile Adolfo Corona Jr. was goalie in the second-half and was the star of the game as he denied the Madera Roja Soccer team from scoring a goal.