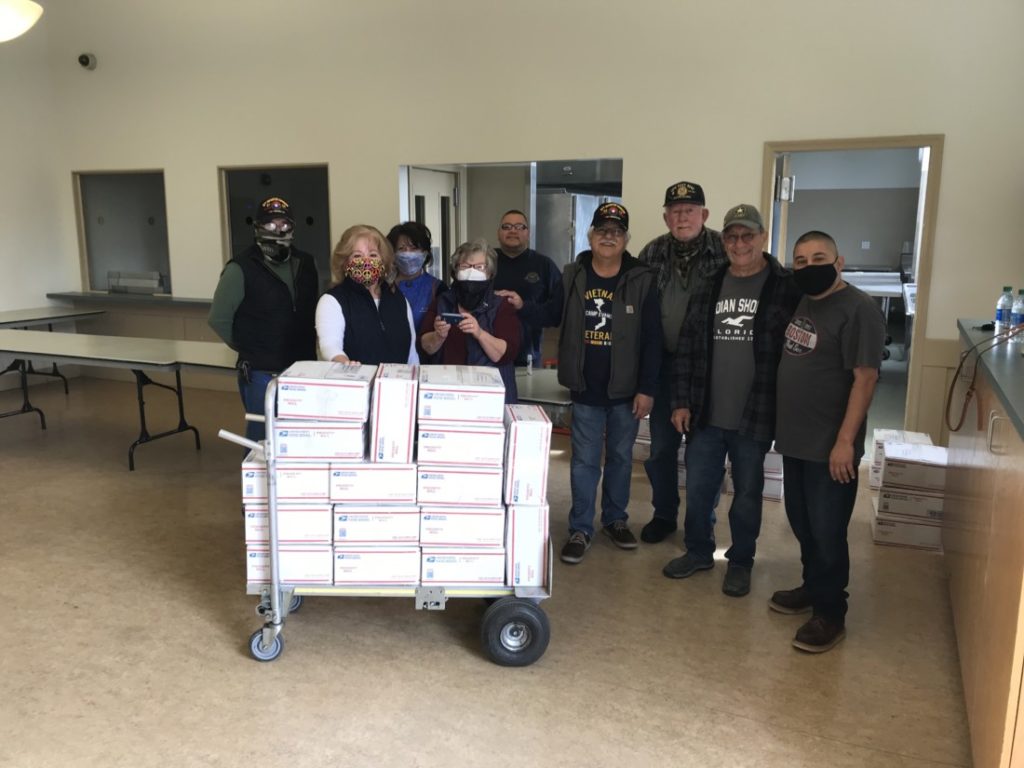 Members of VFW Post 9242 by I Care Packages ready to be sent. Photo courtesy of Bernie Ramirez.
×

Veterans of Foreign Wars (VFW) Post 9242 is collecting donations for care packages for active military members overseas and stateside. These packages have become a staple for this VFW Post to take part in year round to help support our troops.

Bernie Ramirez, a member of VFW Post 9242, said, “The I Care Soldiers started, I wanna say, eight years ago. My wife and I actually started here in my home with sending out 10 packages and since then we’ve been doing it every three months for those many years. We have not failed as far as letting it go.”

When the “I Care Soldier” packages started eight years ago, Ramirez was Commander of the VFW Post 9242 and wanted to do something for the soldiers that are away from their families and friends.

Ramirez said, “We needed to make sure these soldiers are never forgotten and make sure that when they receive something that it puts a big smile on their face, especially those that are in a combat area.” “It’s very, very important that this happens. That we never forget them, ya know as some of us have been forgotten,” said Ramirez.

The care packages are routinely sent out every three months, and especially before the holiday season, as that time of year is extra special and harder to be away from family and home.

The amount of packages sent has immensely grown from the 10 packages eight years ago to up to 50, Ramirez said.

This is near and dear to Ramirez’s heart as he is a veteran himself who served in Vietnam in 1969 and 1970. Ramirez is an Army veteran of the 9th Infantry Division, 3rd and 5th Cavalry, and was stationed by a demilitarized zone.

Maria Spandri, another member of the VFW Post 9242, joined the post five years ago, but has been helping with the I Care Packages for the last four years. Spandri served in the Air Force from 1986 to 1994.

“Being a member of the VFW, we just all really feel passionate about making sure we give back to the people that are out there because when we were deployed, it was always so wonderful to get packages from the states so for him [Ramirez] to do this is just such an amazing way to give back to active duty soldiers,” Spandri said.

The donated nonperishable items are packed and sent all over the world. Ramirez said, “We get one soldier’s name and we might send that one soldier 10 packages so he can share among all his comrades there.”

Soldier care packages are not just sent to those active military members from Hollister. Packages are sent to soldiers that they may not even know, but usually will receive thank-you notes for sending packages their way. This is one of the reasons that this VFW post keeps sending these packages because they know how grateful  the soldiers are to receive them.

Spandri said, “It’s collective but Bernie really is the spearhead of this. He’s really passionate about this and our banner program and our scholarship program. I truly believe in what he’s doing.”

This is a community wide effort that helps donate goods for these care packages. Numerous organizations and schools have reached or started collecting items such as Spring Grove School, Rancho Santana, Cerra Vista School and 4-H.

In fact, there is a tentative date set for June 6 at Cerra Vista School for the VFW Post 9242 to collect donations as well as to educate students on the meaning behind folding of the flag. Ramirez said that this is important to them as veterans to teach the children the meaning behind the flag.

The packages will be sent out June 28. Residents or organizations that are interested in donating items are encouraged to contact the VFW Post 9242. Donors may choose to send a package to a specific soldier from Hollister.

There is also a VFW Tri Tip Dinner fundraiser  June 11 at the Veterans Memorial Building. All proceeds from this will go to the annual 10 scholarships for seniors given at San Benito High School, Hometown Hero Banners and I Care Packages programs. Contact Bernie Ramirez for details at (831) 902-7811. 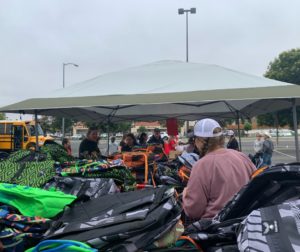 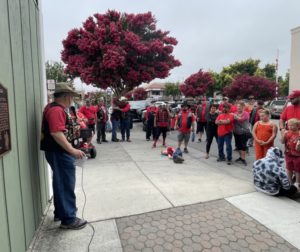 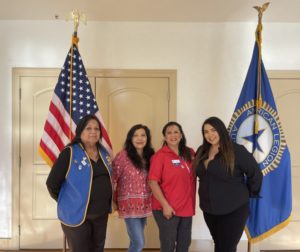 Hollister’s Veterans Auxiliary has been active for a decade