Park, located on McCarthy and Alvarado streets near San Andreas School in Hollister, will benefit from $660,000 from the state 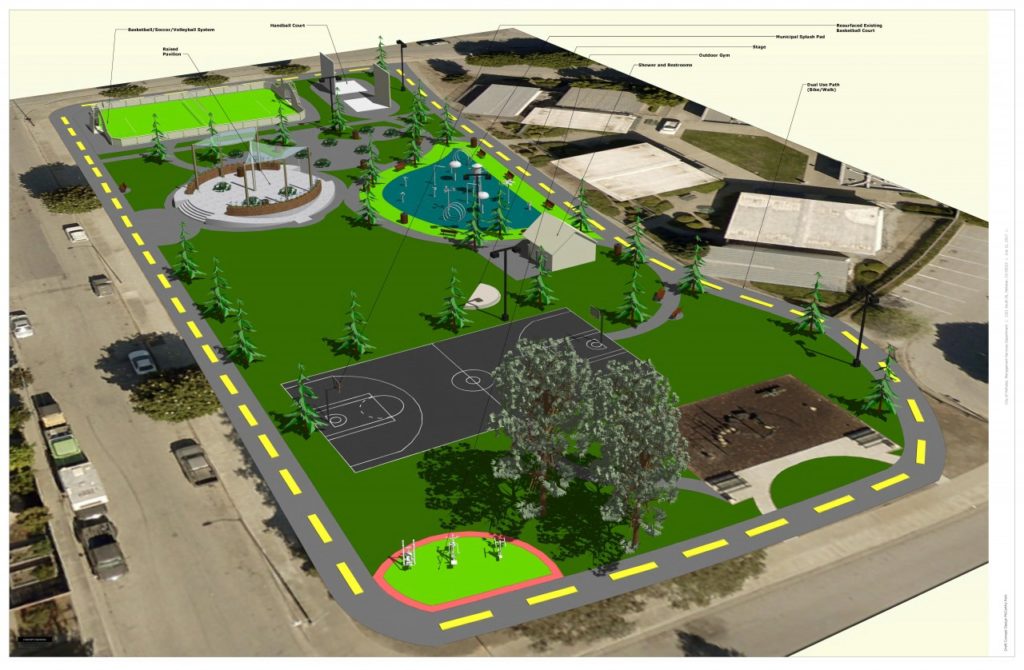 The City of Hollister won a $660,000 grant from the state of California to revitalize McCarthy Street Park, located on McCarthy and Alvarado streets, next to San Andreas High School in Hollister, according to Councilman Ray Friend and Mike Chambless, Management Services Director/Assistant City Manager.

The park sits on 1.5 acres of land, most of which is now just a dirt lot not suited for recreational activities. Earlier this year, San Andreas High School Principal David Burke hosted a public meeting at the school, during which interested neighbors and community members offered feedback describing features they wanted to see installed at the revitalized park. Some students at San Andreas School expressed their desire for handball courts and a soccer field they could utilize for recreation and/or P.E. periods during school hours.

The City of Hollister had conceptualized drawings drafted, as shown, to represent what types of features may be installed at the park, subject to further public input and City Council deliberation and authorization, according to Councilman Friend.

The following features are being considered by the city to revitalize McCarthy Street Park:

Friend said he is open to hearing more input or feedback from community members interested in the project and plans to organize at least one additional public meeting for his constituents who live in the surrounding area, including the possibility of developing a bilingual survey in Spanish and English by Gavilan College students under the guidance of Professor Sara Salinas’ Introduction to Research Methods psychology class this fall.

Local photographer/videographer and property appraiser Steve Loos produced a video for this story utilizing an airborne drone with video cameras showing the current condition of McCarthy Street Park from an aerial view. See below.