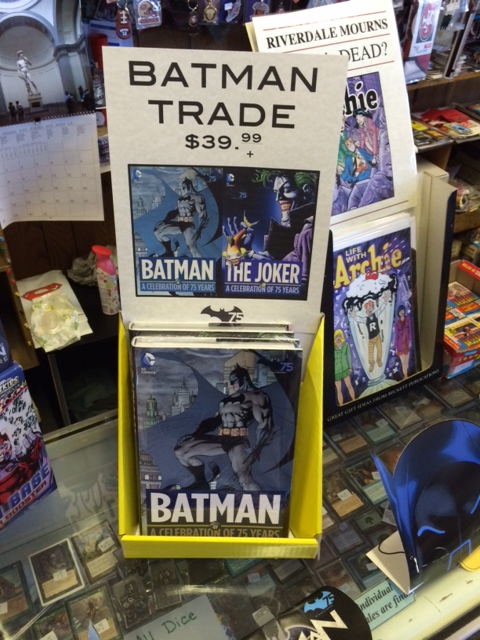 DC provided retailers such as Bill's access to an assortment of other collectibles, including a 75th anniversary bat cape and bookmarks featuring essential Batman graphic novels. In an email to customers, owner Bill Mifsud said he also had "the collectible showstopper": Four Batman masks designed by comic book artist Ryan Sook spotlighting a variety of the character's iconic looks.

Bill's customers on "Batman Day" had the opportunity to purchase "Robin Rises: Omega #1," an oversized one-shot story from bestselling creators Peter J. Tomasi and Andy Kubert. Plus, "Grayson #1" by Tim Seeley and Mikel Janin, which depicts the original Robin, Dick Grayson, in an all new monthly series in which the crime fighter turned super spy fights to clear his name.

Mifsud offered customers  a free copy of Detective Comics #27, the First Appearance of Batman, with any purchase. The event started Wednesday and will run while supplies last. The store is open seven days a week and located on the corner of Fouth and East streets in downtown Hollister.