After three years and by securing multiple grants, the homeless shelter will soon open to provide beds for 50 people, as well as services to help get people off streets 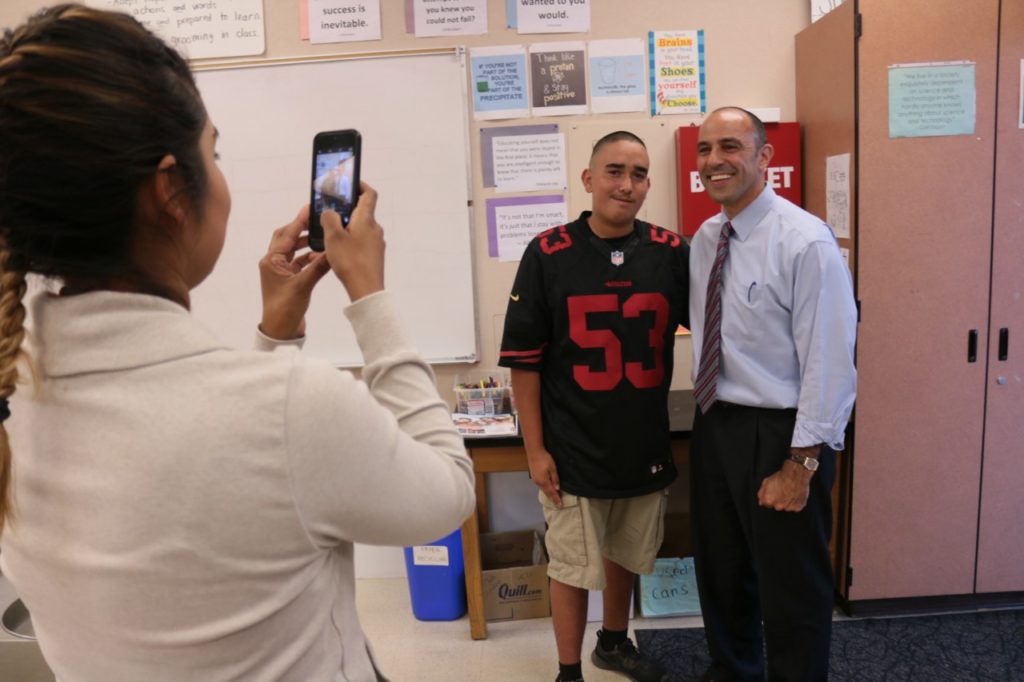 Jim Rydingsword, director for San Benito County Health and Human Services, briefed the Hollister City Council on May 15 about the homeless shelter and recent efforts to secure funding, saying that three years ago his department was invited to the Intergovernmental Committee, which asked them if they could solve the homeless problem. “We said ‘solve’ was probably a stretch,” he recalled, “but we could work on resolving homeless issues.”

Now, a 50-bed, year-round, overnight shelter for homeless men and women could be open by November, Rydingsword told the council. The initial phase will be offices for staff, followed by the service center portion, scheduled for a spring 2018 opening.

Rydingsword said Mayor Ignacio Velazquez had been one of the county’s stronger partners in that effort and that while it might seem minimal what has been accomplished so far, after a number of false starts, a building to house a proposed homeless services center on San Felipe Road was finally purchased.

“The first thing that the mayor and I did was to attend a homeless presentation where we listened to people from all over the country who said you need to provide housing and services to help people stay in housing, ” he said. “ That’s the direction we’ve been moving.”

The first step was to apply for a community development grant during 2014.

“Everybody said we couldn’t get it, but we did,” Rydingsword said. “We used that grant to purchase the building after looking at six or seven different sites. The balance of that 2014 grant is going to go into the completion of the interior of the building.”

Rydingsword is scheduled to go before the county board of supervisors May 23 to seek approval to release contracts for construction of the shelter to begin.

While the shelter is targeted to help homeless men and women, “We’ll deal with families in different ways, such as motels, because there is a smaller number of them,” he said.

Rydingsword said the county will soon release a request for proposals for a contractor to run the shelter. It will seek a contractor with experience operating one and has connections to foundations and the faith community and has more than five years of experience. After the manager is hired, construction will begin on the section of the building for staff that will provide services, including housing, employment, and driving people to doctor appointments.

“We’re going to have a large component of outreach services where two full-time staff will be working on the streets, talking to homeless people, trying to get them connected to services to help them get off the streets, get into their own place and find a source of income,” Rydingsword said. “It will also be an employment center teaching them about jobs. We keep trying to define what are the jobs that are available in the county for somebody coming out of a situation where they probably need to relearn job skills.”

He said as much as they try, advocates probably will never be able to solve every homeless person’s problems. He mentioned a similar approach in Utah that reportedly reduced the number of homeless without services by 90 percent and said that if half that number could be accomplished it would be good.

“Meanwhile, we applied for a second community block development grant in 2016 that will be used to build out another 7,000 square feet of the shelter,” he said. “We also applied for a demonstration grant called a ‘whole person care.’ We’re going to get that money and it will start coming in in July, and will be $1 million a year for about four or five years. It’s a Medicaid demonstration grant that says if you can demonstrate you can do something and save some money by doing it, then after four or five years it will be rolled into the base funding.”

Rydingsword said there are some 25 large counties in the process of launching whole person projects. He said the Probation Department approached his department to apply for Prop. 47 funds that are used to focus on the homeless or those in danger of becoming homeless.

A California Medical Services Program grant that has been provided for the past 26 years funds services for indigent, mostly undocumented, people who are not connected with any sort of healthcare system. The total of all grants, Rydingsword said, amounts to about $1.4 million annually for the next four to five years to operate the service center portion of the homeless shelter, which will most likely open in the spring of 2018. Meanwhile, he said, his staff will continue to work out of their present offices to provide those services.

Rydingsword said he has had discussions with Hazel Hawkins Hospital in an effort to figure out if the county is able to provide the types of services funded by the $1.4 million if it would that help reduce the number of homeless people coming into the emergency room. He said the hospital said it would help and agreed to partner with the county.

“Comparing where we were three years ago to where we are today amazes me,” he said. “We have a great staff and we’re going to make this work for our community.”

The mayor commented that three years ago, there was no plan and today to know that a shelter will be opening soon is a big deal.

“A shelter alone is not the answer,” Velazquez said. “It’s the programs that back it up to get people the treatment and care they need that makes the difference. This is one great example of the city and the county working together. It's been tough sometimes, but we’re here now and it’s a partnership that proves together we can make a difference.”

Rydingsword added, “Three years ago, when you and I reported back to the city council and the supervisors after going to that meeting on homelessness, we said then that what was important was that there was the political will of elected leaders. I have to say the city council and the board of supervisors has had the political will to keep this moving forward.”