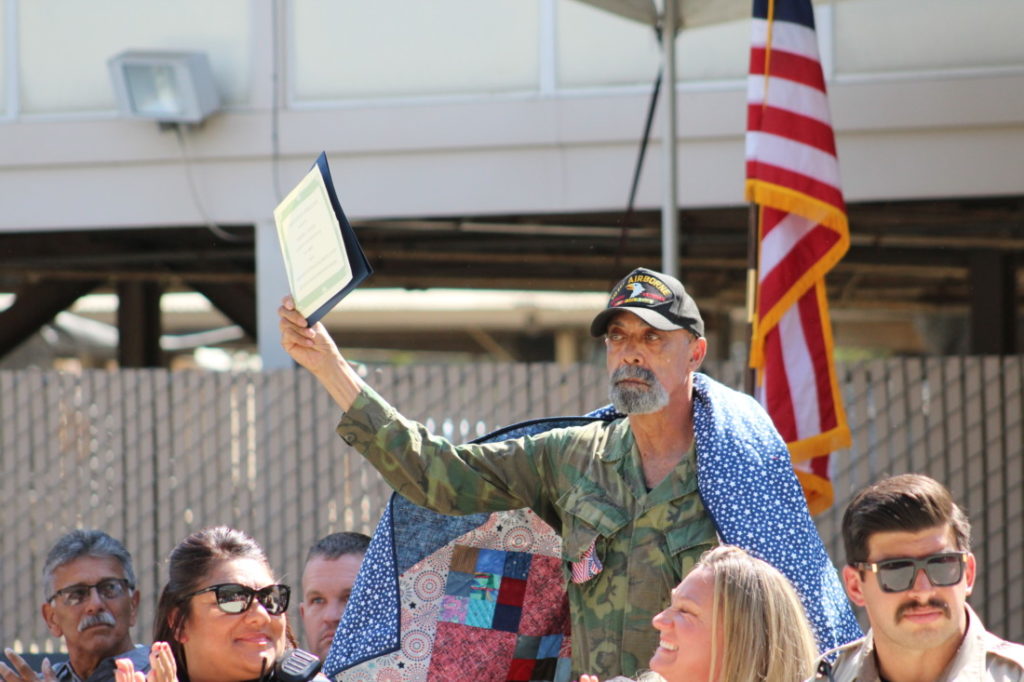 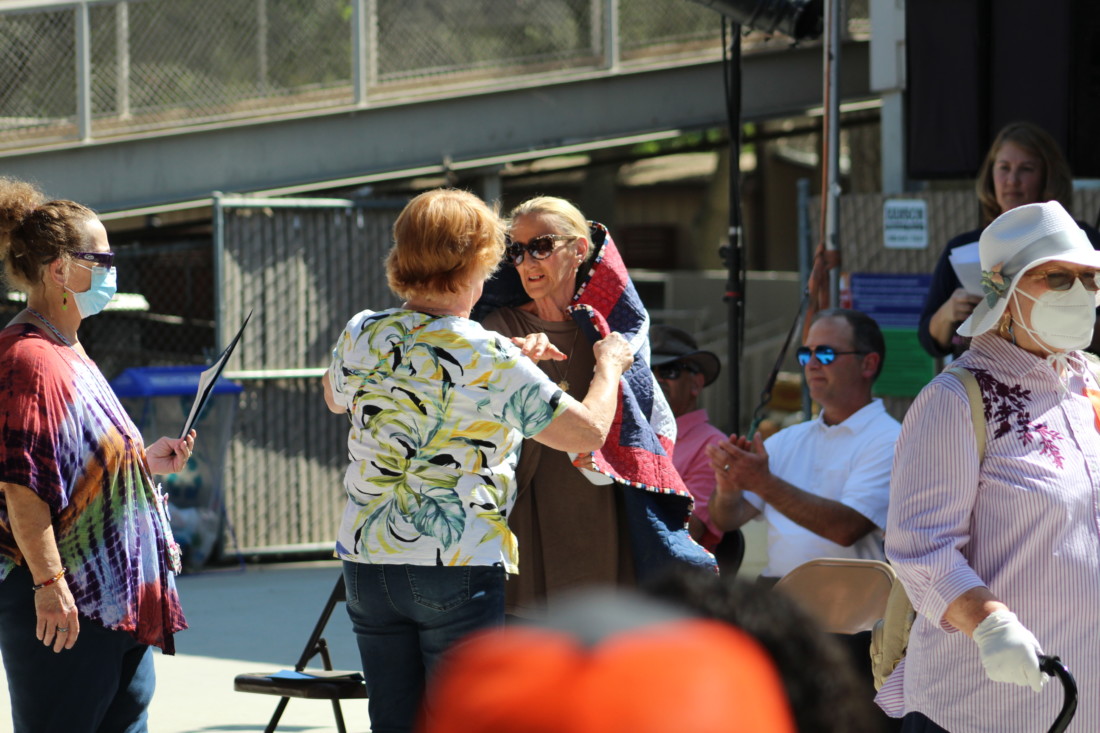 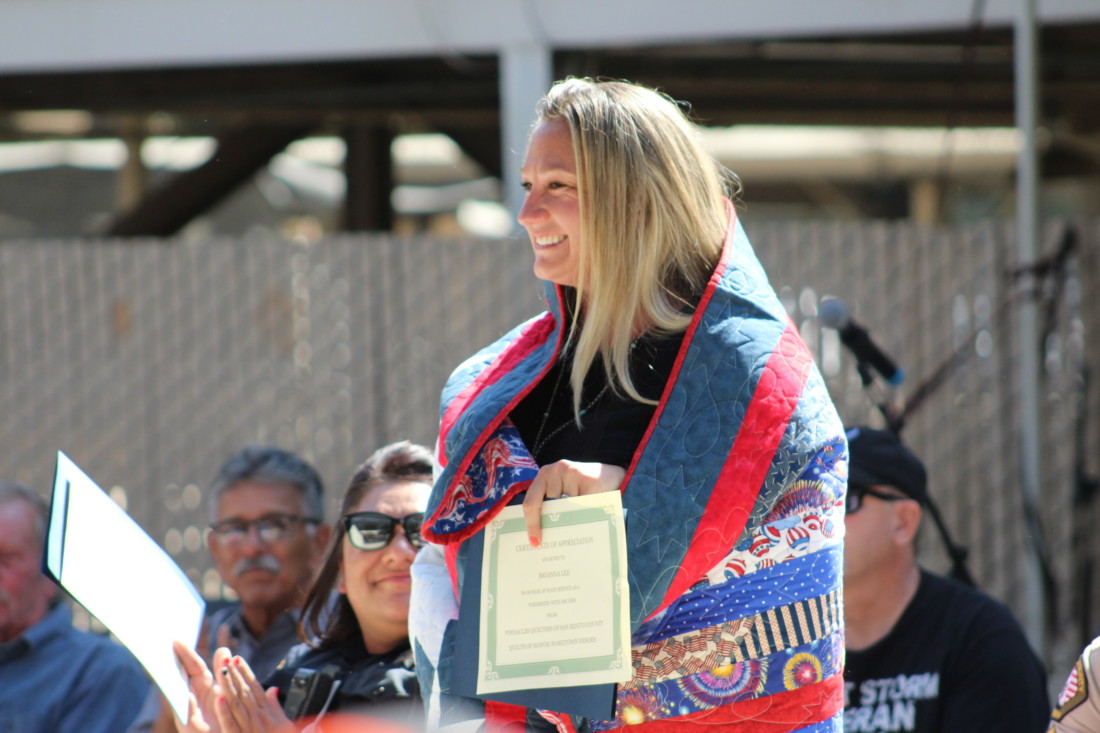 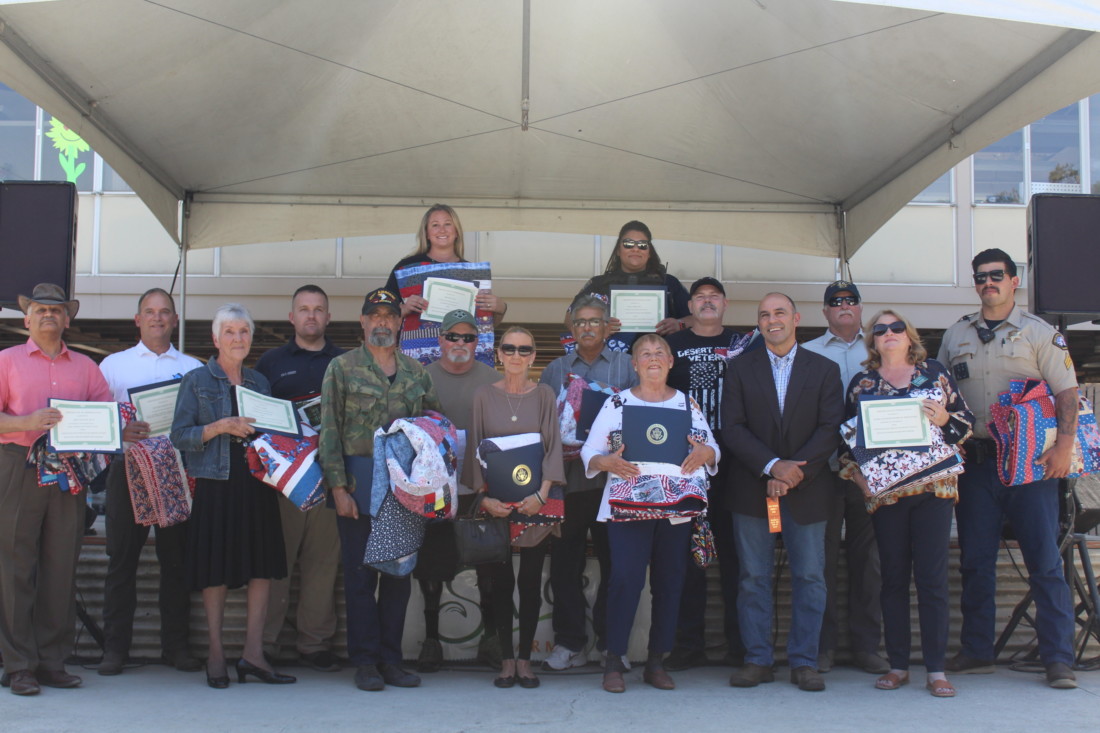 The Pinnacle Quilters of San Benito County held its sixth annual Quilts of Honor Ceremony at the San Benito County Fair on Oct. 3. The event, which was attended by Congressman Jimmy Panetta, honored 11 local U.S. veterans and eight local hometown heroes with homemade quilts. This year was the first time non-veterans were honored by the quilters.

The veteran honorees were:

Panetta urged his listeners to help others in the community.

“With these quilts, we not only thank you for your service, but we acknowledge that it’s’ this kind of service which is the fabric of our country, and allows us to experience the strength of our American democracy,” Panetta said. “I believe that we are a nation based on ‘We the People.’ It’s left up to all of us to ensure that the people of our community and of our country not run away from disaster and disease, but that they run towards it.”

Including this year’s 19 quilts, a total of 155 quilts have been given to honorees since the ceremony’s inception in 2015, Pinnacles Quilters Chairwoman Diane Meserkor said.

The annual ceremony, inspired by the National Quilts of Valor, had fewer nominations for veterans this year, Mezerkor said. She attributed the lack of nominees to the pandemic. In response, quilters opened nominations for non-veteran locals who went above and beyond to help county residents during the past year. 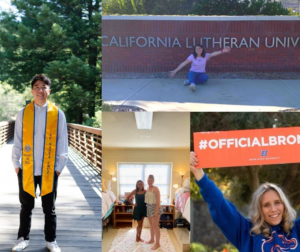 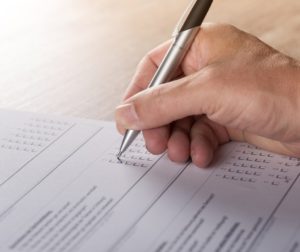 Benitolink Readers: Tell us what you like and what you want more of!

In order to improve, we are asking our readers to take a few minutes and give us a little constructive feedback. 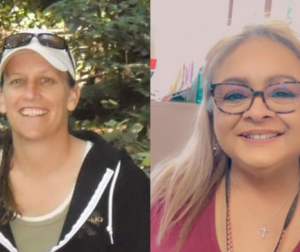 L.I.F.E. Project aims to help youth transition back into the community through apprenticeships.