Assemblymember Robert Rivas says because of COVID-19, ‘we have no clear idea of what the state’s income will be over the year.’ 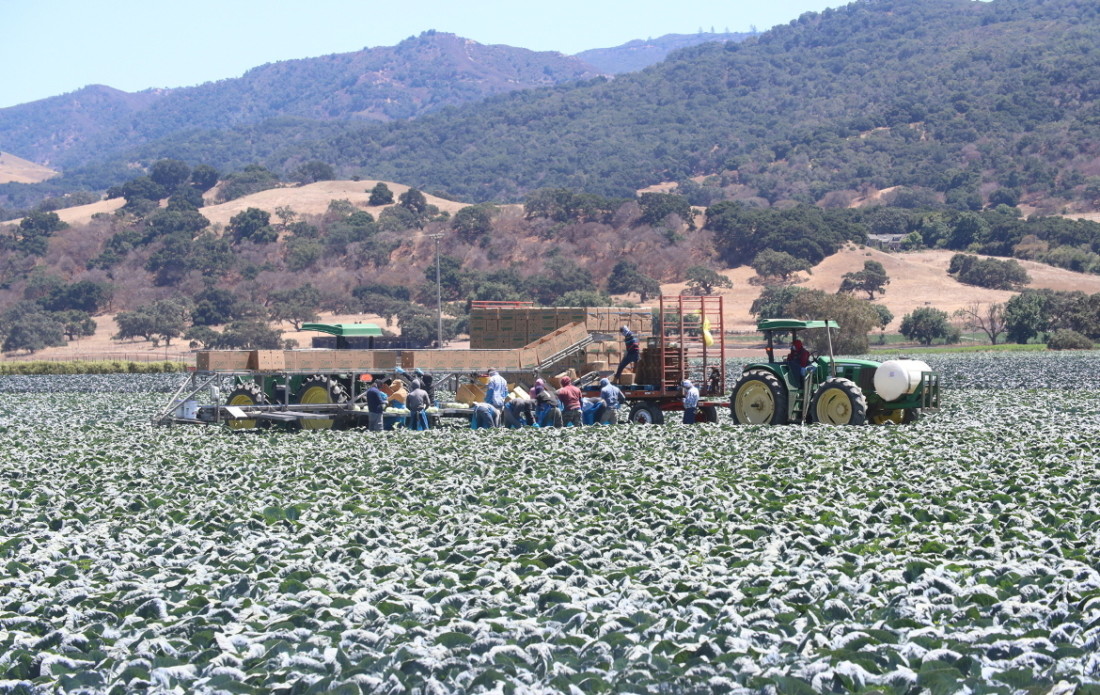 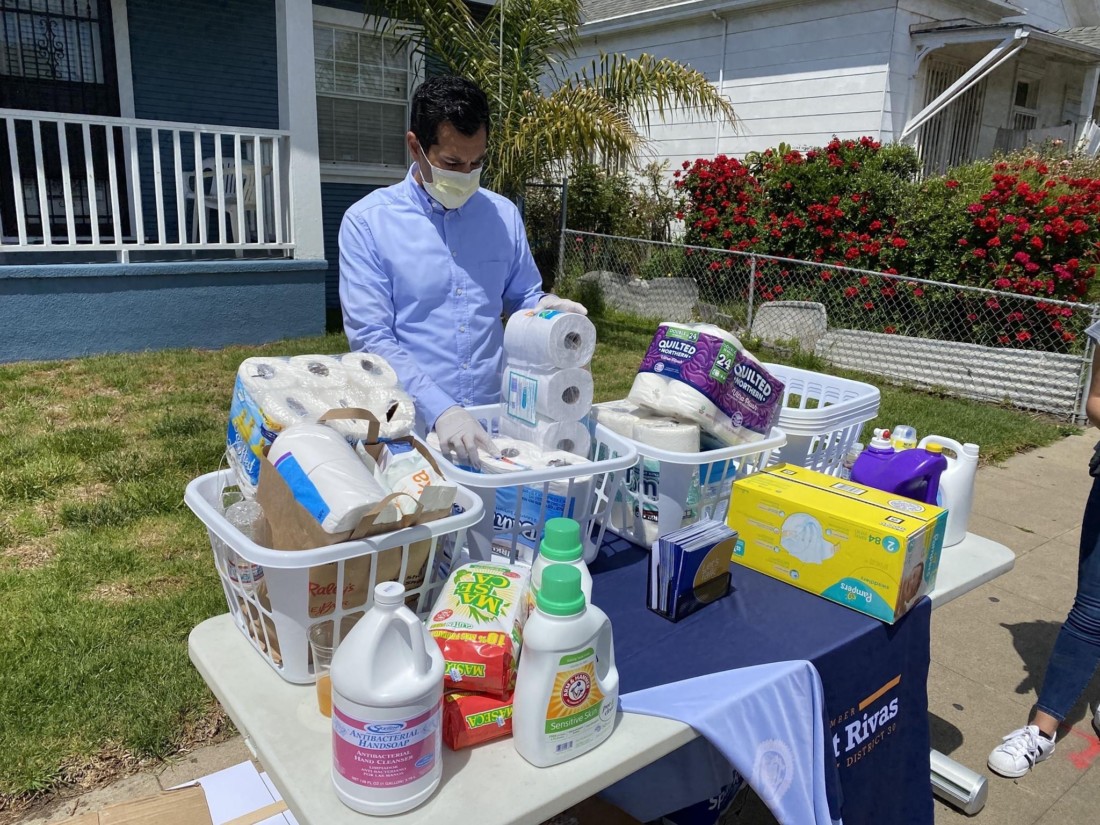 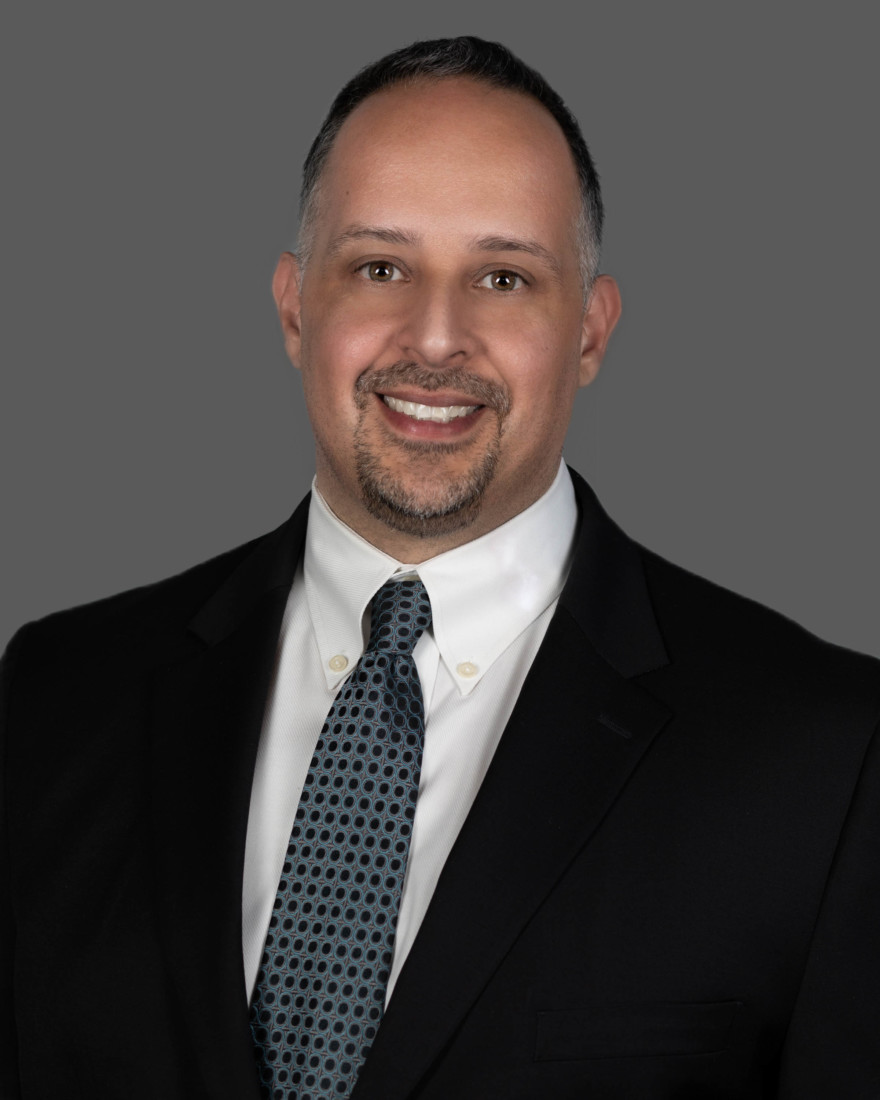 As state budget plans have moved from the Assembly to the Senate, the financial crisis caused by COVD-19 has variously impacted a series of bills addressing the needs of farmworkers. Some of the bills have moved forward, while others were left behind.

The state is facing significant financial uncertainty with COVD-19, and the crisis has overwhelmed the state’s ability to respond fully. COVID-19 recovery efforts took money previously earmarked for other uses, and tax revenues dropped when businesses began to shutter. The 90-day delay in this year’s state income tax deadline made revenue estimates even more uncertain.

“Based on the budget, when you look at what was proposed at the first of the year, you see a lot of big goals to enhance services and improve the social safety net,” State Assemblymember Robert Rivas said. “That budget is unworkable now. The governor told us when he sent the revised budget ‘the changes we had to make are going to make your jaw drop.’ And it is somewhat bleak because we have no clear idea of what the state’s income will be over the year.”

This uncertainty affects all spending in the state, requiring cuts from every part of the budget. It has also had a huge impact on bills intended to help farmworkers cope with the complications of COVID-19.

Over the past four months, while much of America was sheltering in place, farmworkers were on the front line as essential workers tasked with keeping the nation fed.

On April 9, Rivas, whose 30th State Assembly district includes San Benito County, announced a group of bills called the California Farmworker COVID-19 Relief Package, which included provisions for expanded sick leave, subsidies for daycare, hazard pay, temporary housing to help with social distancing, a streamlined approval process for low income housing, and overtime tax credits, all of which failed to pass in this form in the Assembly.

Four of the bills proposed—three directly impacting farmworkers and one indirectly—have moved on to the state Senate for debate and possible approval. They are outlined below. However, budget constraints kept the other bills with higher price tags from receiving committee approval.

“We were told because of the budget crisis we would have to scale back our legislative packages,” Rivas said. “This unprecedented crisis has severely set back certain kinds of legislation. We had to work hard to reduce costs to create bills that would boost the economy, but not be a drain on the state.”

Sometimes this meant rolling some of those priorities into other, but similar bills. The farmworker sick leave proposed in the failed AB 2915: Farmworker COVID-19 Health and Safety Act was added to AB-3216 Employee Leave: Authorization, authored by Assemblymembers Lorena Gonzalez (D-San Diego) and Ash Kalra (D-San Jose).

“Part of the problem is when this pandemic started, all of our constitutional deadlines had passed,” Rivas said. “We are not allowed to introduce new bills so we had to find existing bills that we could use as vehicles for what we wanted to get before the Assembly.”

Rivas said other issues, such as child care, are being considered as part of the larger budget talks.

“It was the one big bill I did lose because of the politics surrounding it,” Rivas said. “It was modeled after a city of Los Angeles small housing ordinance. We just did not have time to work out all the differences with the stakeholders.”

One bill Rivas sponsored last year, AB-1783, was passed by the state legislature last year and was signed into law by the governor on Oct. 13, 2019. This bill was designed to streamline the process of creating affordable farmworker housing on agricultural land.

Some of the losses in legislation to improve workplace safety have been recouped on a private level between businesses and farmworkers working to increase awareness of the virus and implement measures to protect workers.

Christopher Valadez, president of the Grower-Shipper Association of Central California, said he has seen a growing cooperation between the growers and farmworkers since the start of the pandemic.

“It is different today than it was at the beginning of March,” he said. “We are seeing new measures to keep people more protected from one another. The use of distancing is better understood and we see things adjusting from the status quo harvesting protocol. It results in a loss of efficiency in the harvesting, but it is necessary to keep everyone safe.”

In some cases, Valadez said, legislative efforts have been made moot by steps taken by Gov. Gavin Newsom.

“Legislation on sick leave became obsolete when the governor, through executive order, required mandatory sick leave,” Valadez said. “This is paid sick leave for all agricultural workers who qualify. The sick leave has to be given at the regular rate of pay from their last full paycheck. The governor also instituted a requirement that, for sick workers, COVID-19 exposure is presumed to have happened in the workplace which clears them for work-related care and other benefits.”

Valadez, along with Rivas, views housing as a critical problem, though there will be no action on that issue during this budget period.

“There is a lack of affordable housing for workers and with more congested housing comes higher risk,” Valadez said. “It was not caused by the pandemic and it has plagued the region for a long time. If anything, the pandemic has shone a light on the continued existence of the problem and perhaps now people will be more focused on a solution.”

For now, temporary housing is being made available by the Grower-Shipper Association, in cooperation with local growers, for workers who may have been exposed to the coronavirus.

“We are offering housing free of charge where farmworkers are positive or where they might have been exposed and might present a risk to their families in the crowded conditions that are prevalent in the community,” Valadez said.  “For us, it was an opportunity to react in the midst of the pandemic. We have been able to serve 120 or 130 members of the agricultural community so far. This does not resolve the bigger problem, but it helps with the problem now.”

Rivas authored this bill with Eduardo Garcia (D-Coachella) and Lorena Gonzalez (D-San Diego). It passed with a bipartisan 55-15 vote and possible costs are set at $1.85 million.

This bill directs the State Division of Occupational Safety and Health to disseminate information on COVID-19 infection prevention to agricultural employers and to conduct a targeted campaign of information directed at the farmworkers themselves.

The Assembly analysis says the bill received support from organizations like the Center for Farmworker Families and was opposed by various business interests including the California Association of Winegrape Growers, which argued that the changing nature of the understanding of the virus would make a standard of best practices hard to modify over time.

As of July 7, the bill has been referred to both the Committee on Labor, Public Employment and Retirement and the Rules Committee.

Rivas authored this bill with Rudy Salas (D-Bakersfield). It passed with a 78-0 vote. The Appropriations Committee was unable to place a cost on the bill, noting there would be increases in Medi-Cal costs attributed to greater availability of services to patients.

The Assembly analysis says the bill was supported by various health advocacy groups including CaliforniaHealth+, the California Dental Association, and the Children’s Partnership.

As of July 22, the bill has been referred to the Senate Health Committee.

Rivas authored this bill and it passed with a 76-0 vote.

The bill adds to an existing section of civil procedure that makes electronic filing easier for those who do not have direct or easy access to state trial courts. This addresses rural areas specifically where residents lack close proximity to the courts.

The Assembly analysis says the bill was supported by the California Judges Association and there is no fiscal impact.

As of July 7, the bill has been referred to the Judiciary Committee.

Rivas authored the bill and it passed with a 78-0 vote.

This bill expedites the permits and contracting requirements to begin work on Anderson Dam in Morgan Hill. The dam has been seismically unstable for several years and has been proposed for retrofitting or draining.

According to the assembly analysis, fiscal impact is negligible as the costs for the project have already been determined and whatever expense comes with this bill would be absorbed into the overall budget.

As of July 1, the bill has been referred to the Committee on Natural Resources and Water.

BenitoLink reached out to Senator Anna Caballero’s office but was unable to reach her for comment on actions in the Senate. 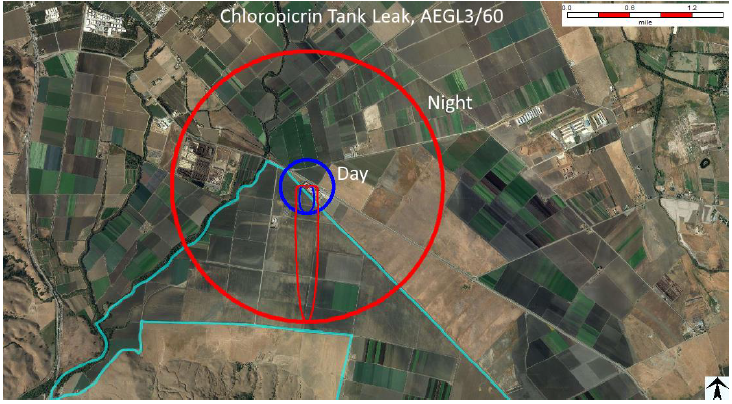 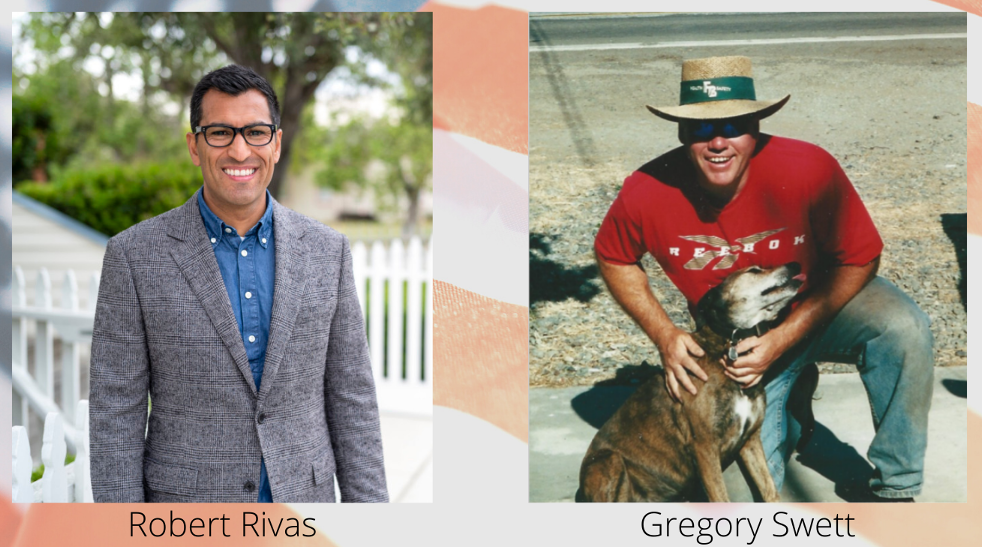 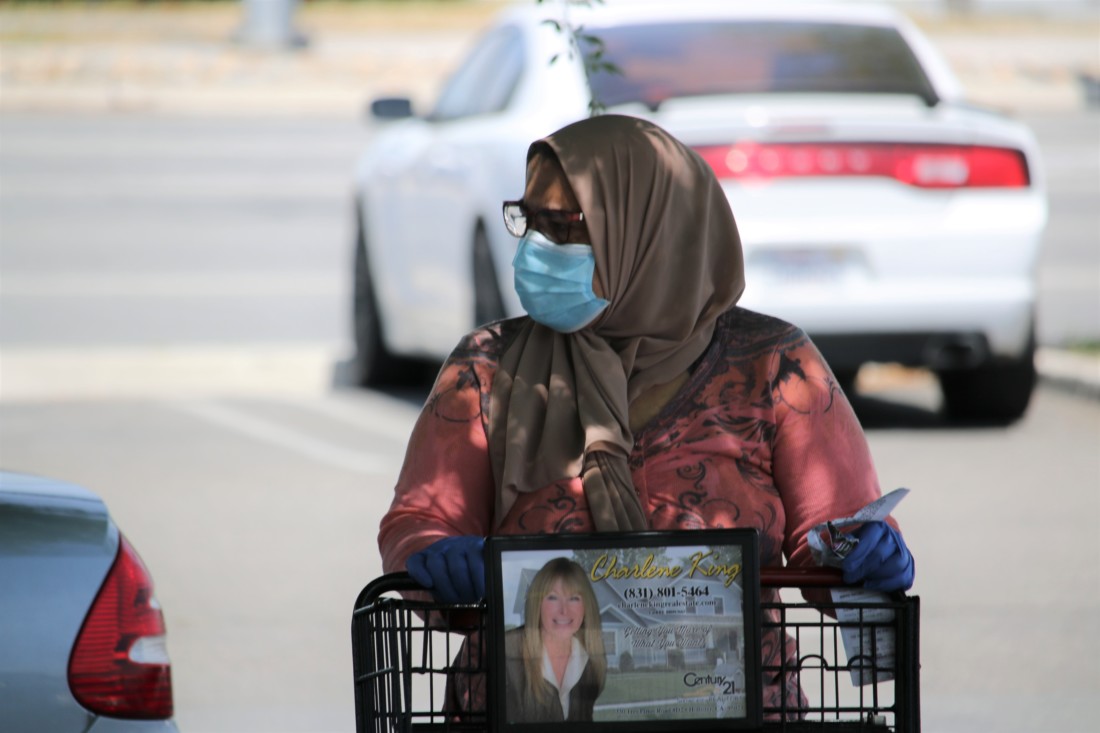