HSD students play music together in a local park while adhering to social distancing guidelines. Photo by Kaitlyn Fontaine. 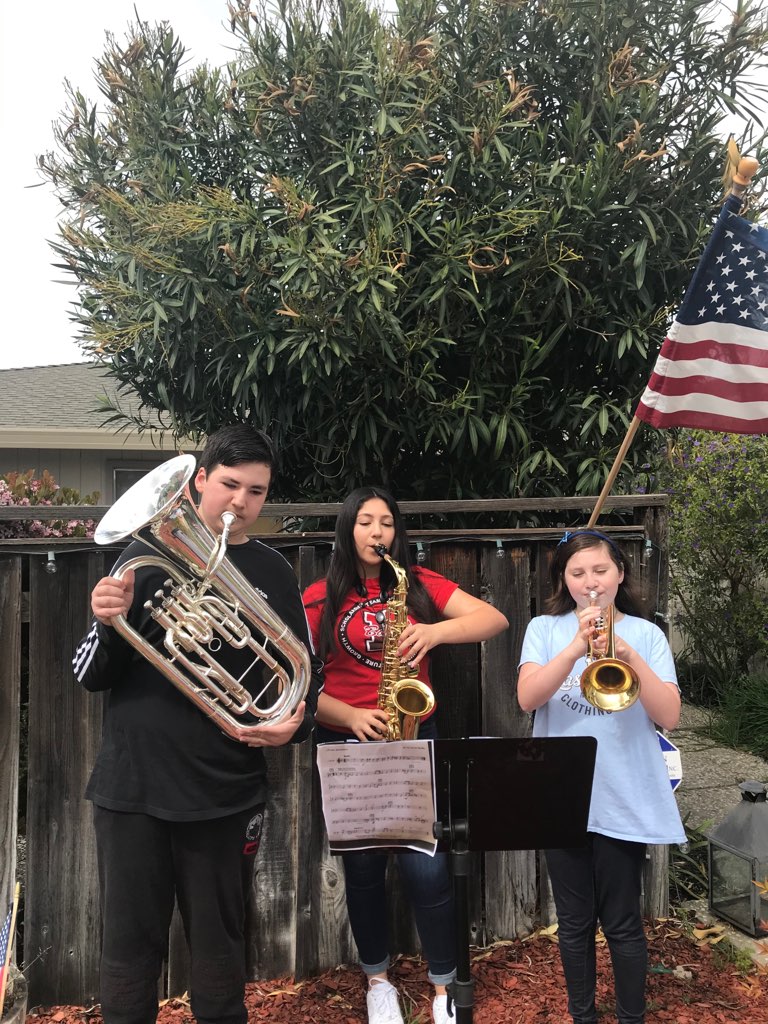 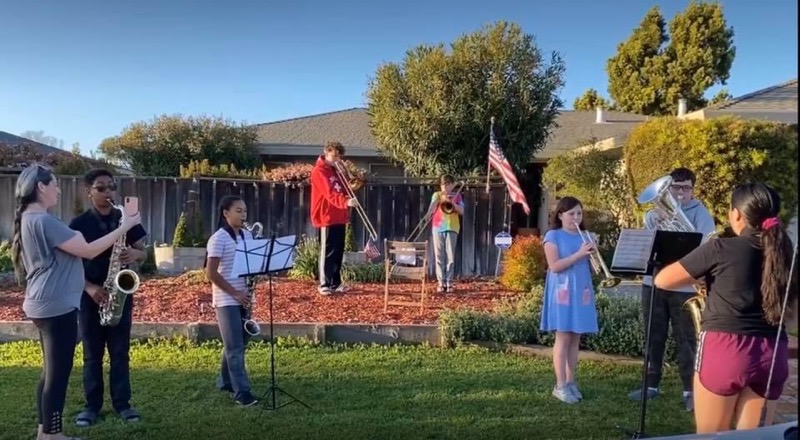 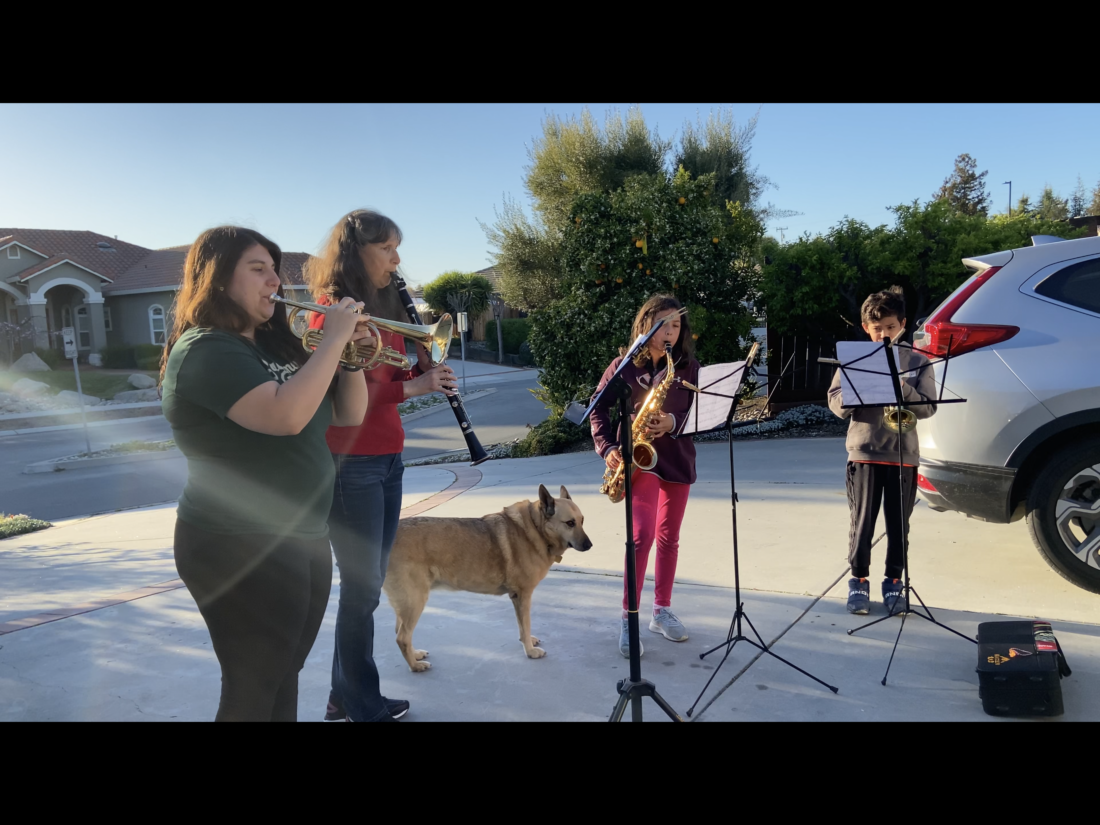 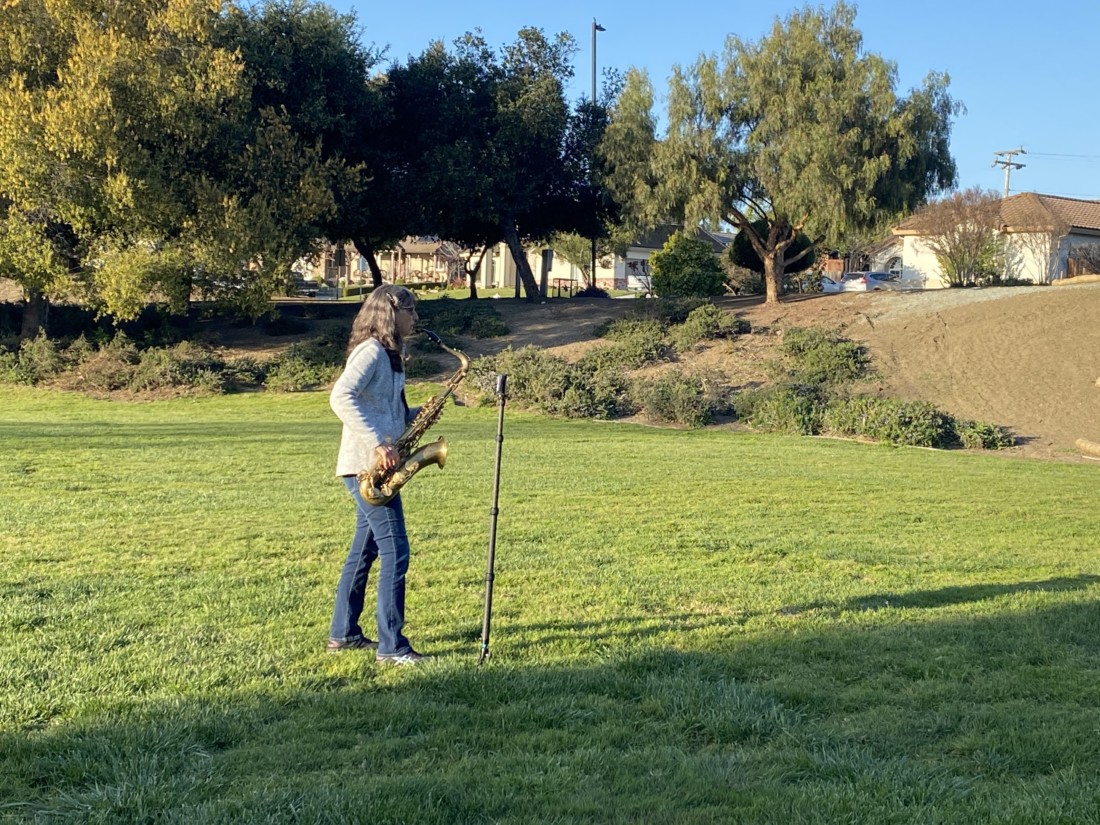 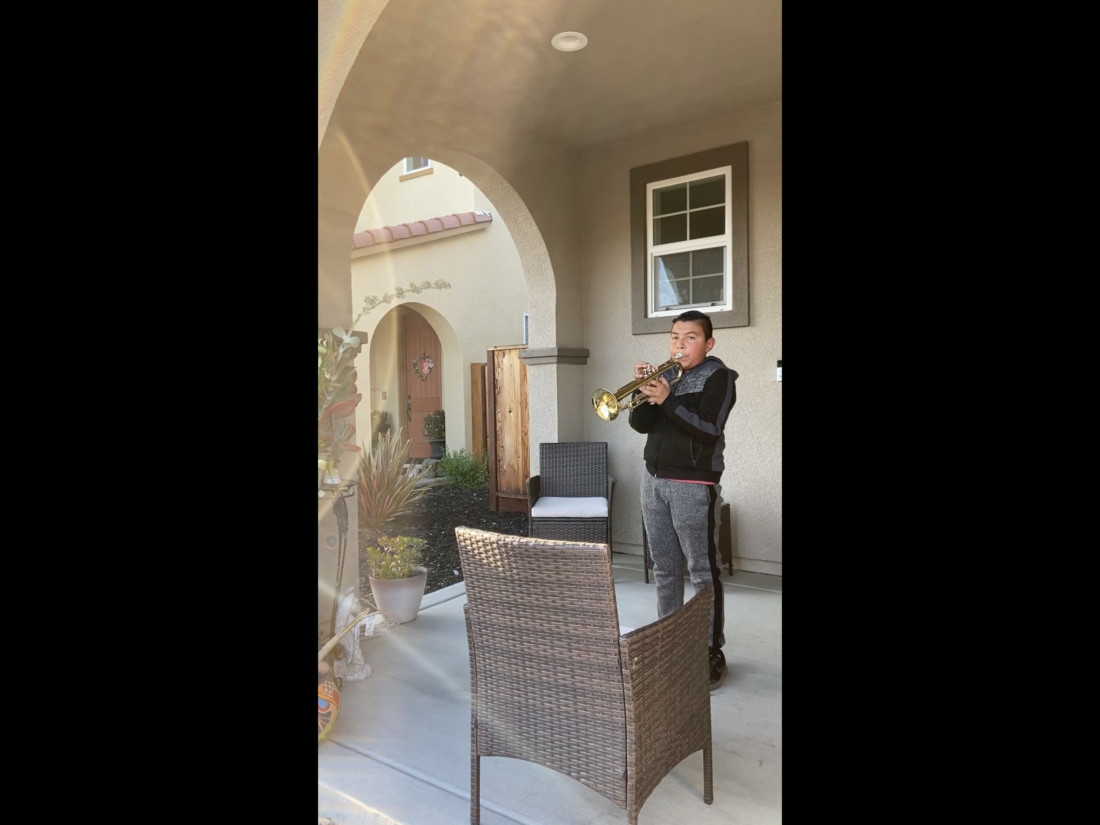 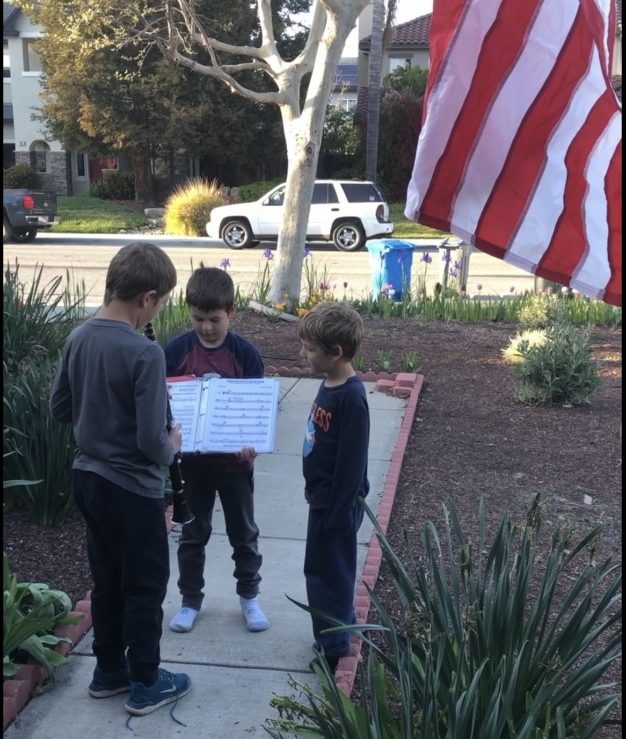 Caleb Giles plays for his neighborhood with assistance from his brothers. Photo provided.
×

A movement that started with one child is now spreading music, and hope, though Hollister neighborhoods.

Susan Silveira, a music instructor since 1985, currently teaches with the Hollister School District. She recently received a video of one of her students playing the “Star Spangled Banner” daily at 6:30 p.m. Silveira had heard the student was doing this to remind the neighborhood that even during the shelter-in-place order related to COVID-19, there are people all around them going through the same thing.

Silveira reached out to her students after seeing the video.

“We have been practicing the ‘Star Spangled Banner’ for the County Music Festival,” she said.

As all the students were familiar with the song, a movement was born. Through emails and Facebook, Silveira assembled a group ranging from elementary to middle schoolers to go outside every night at 6:30 and play the “Star Spangled Banner.”

Some of the children meet in a local park, playing together yet practicing social distancing. Other children have started playing music outside with family members. Alma Phillips has three children who participate every night.

“It is so awesome seeing the kids playing outside,” she said. “It brings everyone together.”

Brianna Phillips, a sophomore at San Benito High School, has played the alto saxophone for seven years. She said listening to music helps her de-stress.

“This movement tells people to breathe, we will get through it,” Brianna said.

Megan Phillips is in fifth grade at Sunnyslope Elementary and has played the trumpet for two years. “Seeing people happy, watching us from across the street, makes me happy. It gives them hope and peace.”

Leila and Shaun Day, both nine-year-old students of the Accelerated Achievement Academy, also join in playing their instruments each evening. Shaun echoed the sentiment about the music bringing happiness to others, and said he likes playing each night because “it makes everyone happy.”

Teaching a musical instrument through distance learning comes with a unique set of challenges, Silveira said, but going forward, the students will begin playing different songs.

“If I can just keep them playing when we get back together, they will be okay,” she said.

Tristan Phillips, a seventh grader at Maze Middle School, has played the baritone saxophone for three years. Why does he want to play for his neighborhood each night? “I want to give hope to people around,” he said. “We will pull through this. It brings us happiness and joy.”

Though the movement started with one student, more people are stepping outside and bringing music to their neighborhoods. Alma said that for the last few nights, neighbors across the street began to play mariachi music after the children finished the “Star Spangled Banner.”

So if you happen to hear music around 6:30 p.m., it’s likely your neighboring musicians reminding you that we are all in this together.