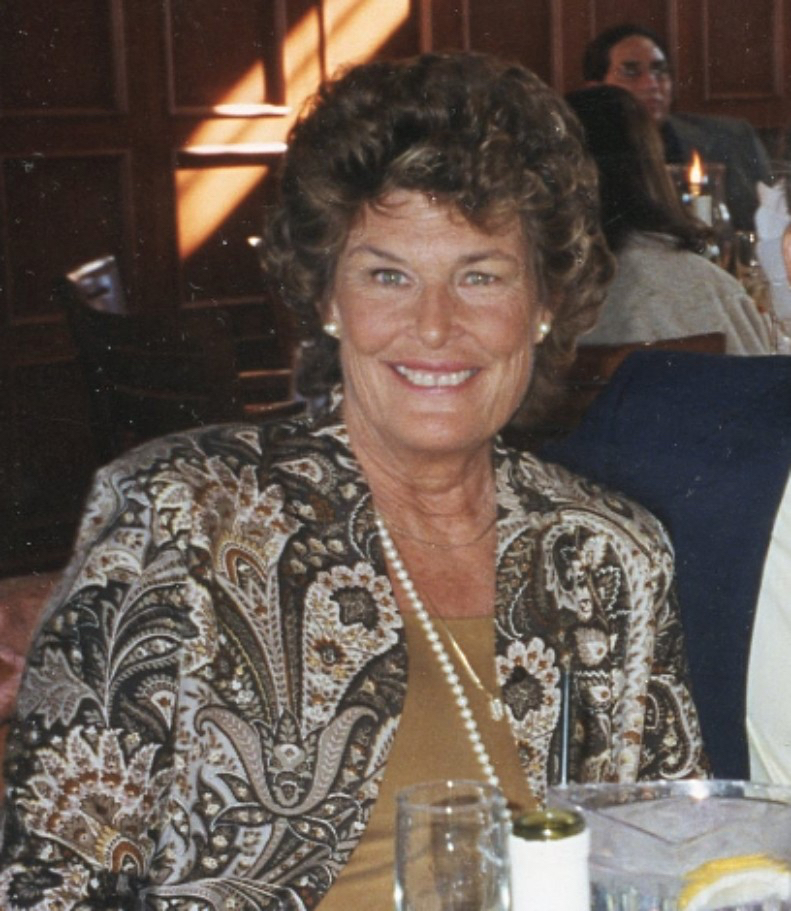 Sandy’s childhood was spent on the ranch with her parents and brothers, Les and Paul. There she formed a lifetime love of horses and animals and learned lifelong lessons of hard work, honesty and integrity that carried her through into her successful career as a business woman. Sandy participated in 4H showing steers at the local fairs and the Cow Palace. Sandy was an avid outdoors woman especially loving to hunt the family ranch and camping and hunting with George and children at Vasquez Camp on the Rock Springs Ranch. When growing up she enjoyed time with her uncle, John Maggini, who was close to her in age and was always there for her then and always.

At a young age, Sandy was riding and showing horses. In 1962, her father Jerry purchased a King bred two year old filly named Princess Nile and her husband, George, exclusively trained Princess. Sandy showed Princess and went on to win the Open Stock Horse class at Bolado Park reveling in beating out the top men competitors. Sandy won the Ladies Stock Horse, not once but twice, at the prestigious California Rodeo, Salinas while riding Princess Nile in 1967 and 1976. Sandy thoroughly enjoyed riding in the old time horse races at Bolado Park, where George’s uncle, Harry Rose, would bring a string of horses to race. She also enjoyed roping with her brother, Les, in the mixed family team roping at Bolado Park.

Sandy’s earliest business mentor was her mother, Phyllis, who Sandy always recognized as having a great business mind. In 1965, Sandy went to work for John Winn at Winn Insurance starting on the ground floor and working her way up to general manager. Sandy was always grateful to John for the education he gave her in the insurance industry. Sandy formed her own insurance agency, Sandy Rose Insurance Services, in 1990. Sandy was well known throughout the insurance industry for her expertise and knowledge. What Sandy said she always liked the most about her business was her interaction with her clients. She was respected by all who did business with her for being fair and honest. She was awarded many accolades in the insurance industry and highlights included getting to meet Joe Montana and John Madden. She maintained her femininity and beauty while succeeding in a male dominated profession. She was a mentor to many young business women.

During her 41 years in the insurance industry, Sandy was a member of the Independent Insurance Agents Association, and served on the Agri-Business committee as its chairperson. She was the California representative to serve on the ISO committee and was instrumental in the formation of the generic agri-business application that was adopted by all insurance carriers.

After she retired she was invited to join the Board of Directors of California Mutual Insurance Company & Calvista Insurance Agency. She brought innovative ideas to the board with her many years of experience.

Sandy was a wonderful wife and mother always making sure that the needs of her family were met while working full-time and running her own business. She attended all the kid’s functions from the local fairs, high school rodeos and softball games and always had a home cooked meal on the dinner table. She was always there for her family.

In her later life, Sandy enjoyed sharing her horsemanship expertise with a new generation of young riders, namely Emery and Brett Pura. She called them “her girls” and she and George loved giving them riding lessons. She enjoyed watching the San Francisco Giants at AT&T Park and the San Francisco 49ers at Candlestick Park.