San Benito Street is now owned by the City of Hollister. 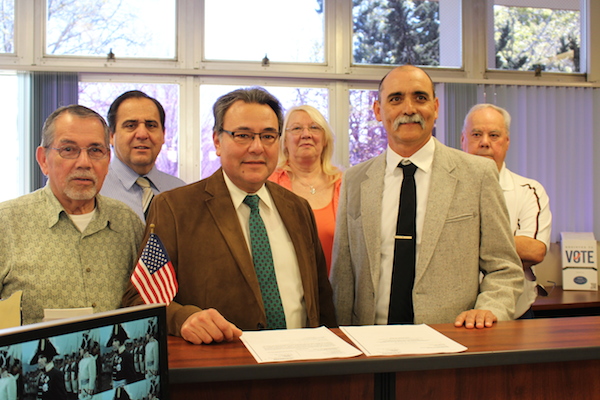 State law, effective January 1, 2014, allowed the California Transportation Commission to approve the ownership change along the former Highway 25 in downtown. The last step in making this positive step forward was to record the transfer at the County Recorders Office.

"I think I can speak for all downtown business owners who were eagerly waiting for this to happen. This year, the Hollister Downtown Association will work closely with the City to promote special events utilizing San Benito Street” said Brenda Weatherly, Hollister Downtown Association’s Executive Director. “We can now move community events, like the Farmers Market, to San Benito Street.”

“The Council of Governments is very happy that this change happened,”  said Victor Gomez, Council of Governments Chairman and City Councilman. “Speaking for the City, we are working with the Downtown Association on making improvements to the area to attract residents and visitors to enjoy all of the wonderful offerings and promote economic development.”

The Hollister Downtown Association is planning a celebration in late March to mark the occasion.

“This has been a long time coming,” said Gordon Machado a member of the Measure A Committee.  “When we went to the voters in 1988, we wanted to get our main street back from the State. Part of that was accomplished when the Route 156 Bypass went in. Now, we have our San Benito Street back. I am happy that this has finally happened.”