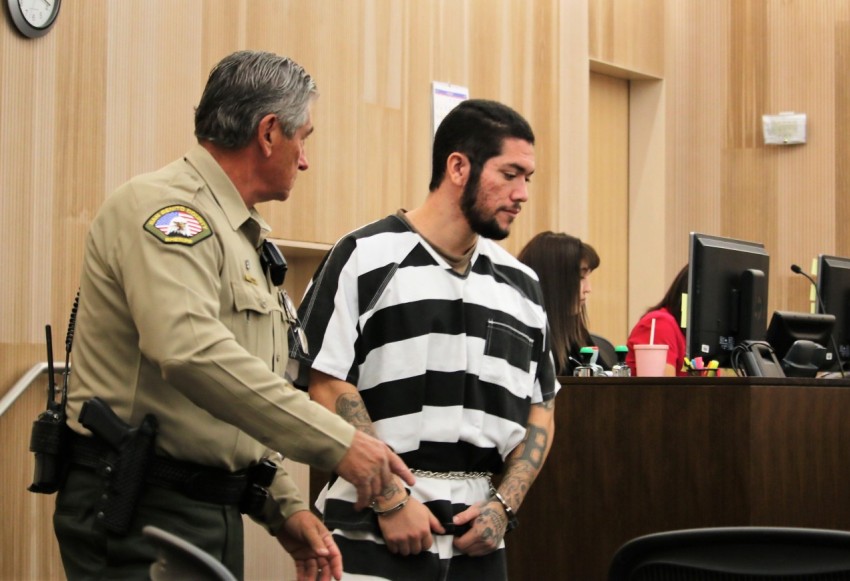 File photo: As he left the court, Barajas glanced back at someone sitting in the gallery. Photo by John Chadwell.
×

Jose Antonio Barajas, 24, who has been charged with murder, kidnapping and other offenses, will continue to be held in the San Benito County Jail without bail. He appeared in court Aug. 16 before Judge Steven A. Stillman, who was sitting in for Judge Steven Sanders.

Barajas’ court-appointed attorney Gregory LaForge—a current judicial candidate in the upcoming November election—asked the judge for three weeks in order to be better prepared to move forward with the case.

Stillman asked Barajas if he understood he had a right to a preliminary hearing within 10 court days and 60 calendar days, and the three weeks would take him beyond that time. Barajas said it was acceptable with him.

“For discovery reasons in preparation for the preliminary hearing, the court does grant the request for a new date, three weeks from today on Sept. 6 at 9 a.m.,” Stillman said.

Barajas is charged with seven felony counts, including murder, two kidnappings, three assaults with a firearm, discharge of a firearm, firing into a vehicle and a number of traffic violations. A fugitive since the Aug. 1, 2014 murder of Ariana Zendejas, Barajas was captured July 12, 2018 in Mexico, extradited, and brought to San Jose International Airport, where he was turned over to San Benito County law enforcement.

Barajas has pleaded not guilty to all charges.