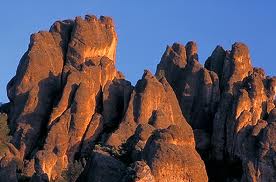 Citing concerns about water use and contamination, a Monterey County Superior Court judge has ruled that San Benito County unlawfully approved a new oil-development project near Pinnacles National Park that could result in hundreds of wells being drilled in agricultural and wildlife habitat in the Salinas Valley watershed. As the judge’s ruling notes, “There are numerous opportunities for toxic spills to occur that the County has apparently not contemplated.”

The ruling comes in response to a lawsuit brought by the Center for Biological Diversity challenging the Indian Wells project, which would use cyclic steam injection, a water-intensive and polluting form of oil extraction.

The court agreed that San Benito County unlawfully failed to consider development of the oil field beyond the initial 15 “pilot” wells in the challenged approval as required by the California Environmental Quality Act. The court also found that the county failed to properly analyze the water usage, water pollution risks, greenhouse gas emissions, and threats to the California condor — even from the initial 15 well approval.

“This legal victory helps protect California’s water, wildlife and climate from dangerous new oil development,” said Kassie Siegel, director of the Center for Biological Diversity’s Climate Law Institute. “It makes no sense to fast-track dirty and risky new oil projects when it’s painfully obvious we have to shift to clean energy sources to respond to the climate crisis.”

The project site drains to the Salinas River, a source of drinking and irrigation water for some of the world’s most productive farmland. The site is also foraging habitat for the California condor, an imperiled species with a population of only about 430 individuals.

“This project could turn this beautiful area into a massive new oil field,” said Deborah Sivas, director of the Stanford Environmental Law Clinic, who represents the Center in the lawsuit. “In the middle of a devastating drought, these wells would waste huge amounts of water needed by local farmers, ranchers and wildlife. Following the California Environmental Quality Act’s common-sense review measures will protect this important area and its water supply.”

Cyclic steam injection — also known as “huff-and-puff” — is an oil-extraction technique applied to heavy-oil reservoirs. During the process, the operator injects steam at very high temperature and pressure into the well. The well is then shut in, allowing the steam to heat up the surrounding formation, which thins the heavy oil so it can more easily flow toward, through and out of the well.

The court also found that the county failed to properly consider the project’s greenhouse gas emissions, including leakage of methane, a powerful greenhouse gas, and the emissions from refining and burning the oil produced.

The ruling sets aside the county’s June 2013 project approval and directs the county to complete a full review, called an environmental impact report, prior to any reconsideration of the project.

In November, San Benito County voters will consider an initiative that would prohibit high-intensity petroleum operations, including cyclic steam injection and fracking, throughout the county.