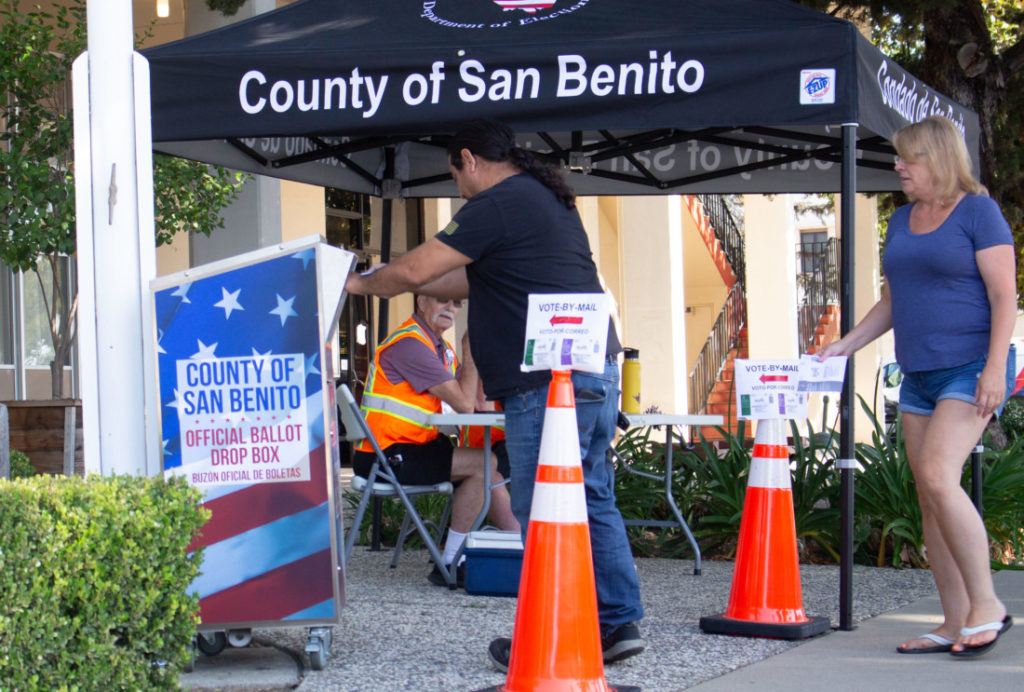 Residents dropping off their ballots on June 7, 2022. Photo by Noe Magaña.
×

The June 7 primary election had San Benito County’s second lowest voter turnout in the last 10 years with 33.85% of registered voters participating. The lowest turnout was the June 2014 primary election with 31.93%.

In that time span, an average of 42.22% registered voters in the county cast votes in primaries. However, when separating presidential primaries and midterm primaries, data shows turnout to be significantly higher in presidential election years.

“The 2020 election was highly seen so a lot was happening in the news and more people were aware of how important that election was,” Chief Deputy County Clerk Ana De Castro Maquiz said. “The 2022 election has a smaller turnout because it is a midterm, so no presidents are on the ballot and there is significantly less news coverage.”

De Castro Maquiz said the elections office has increased its community outreach since 2012.

“We’re now doing articles and putting on events, so those are key examples of our outreach efforts that possibly caused the higher turnout afterward,” she said.

In 2016, which had the second highest county voter turnout in a primary with 53.17%, Bernie Sanders and Hillary Clinton were vying for the Democratic nomination, and John Kasich and Donald Trump were competing for the Republican nomination.

“For the 2020 elections, the governor wanted every voter in the state to receive mail-in ballots which especially helped in the pandemic,” De Castro Maquiz said. “We now have 6 drop boxes throughout San Benito County which makes it easier to receive votes.”

“If you compare our numbers to other counties, we’ve always had a slightly higher turnout and we are trying our best to keep it up,” she said.