Kids at the Park to celebrate the healthy growth of children by proving more than 30 interactive learning stations. 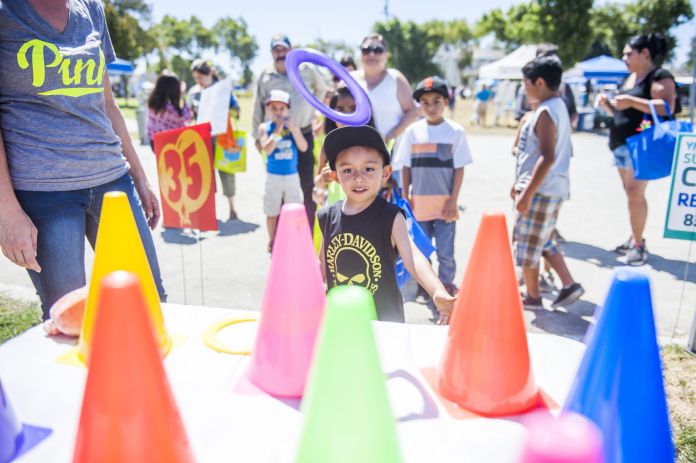 This article was contributed by the Council of San Benito County Governments.

Safe Kids Coalition of San Benito is proud to announce the 25th anniversary of the Kids at the Park family event.  The event will be held on Wednesday June 20, 2018 from 10:00 a.m. to 2:00 p.m. at Dunne Park in Hollister.

Kids at the Park is sponsored the Safe Kids Coalition of San Benito County and will feature more than 30 interactive learning stations with a variety of topics that promote safe and healthy lifestyle for children, including: healthy snacks, physical activities, give-a-ways, music and entertainment, a free helmet (while supplies last), fitting for children who ride their bicycle to the event, and much more. The event averages 1,000 children attendees and their families.

This year, the community celebrates the 25th annual event in commemoration of its founder, Janet Graham. During the event, 25 doves will be released by San Benito children in her honor. The exemplary life of Janet Graham lives on in this year’s event and every Kids at the Park health and safety fair. Janet Graham was a public health nurse for the County of San Benito, wife, mother, safety activist, and child advocate. Janet Graham’s love, dedication, and commitment to children is acclaimed and celebrated. On Tuesday, June 12 the San Benito County Board of Supervisors proclaimed that the Kids at the Park 2018 be held in memory of Janet Graham. Janet sadly lost her life in 2001 on Highway 25 in a motor vehicle accident. The Council of Governments was formed in 1973 by the Cities of Hollister and San Juan Bautista and the County of San Benito for the purpose of forming consensus on regional transportation issues facing San Benito County. The Council continues this coordination today by providing a public forum for discussion at its monthly meetings.