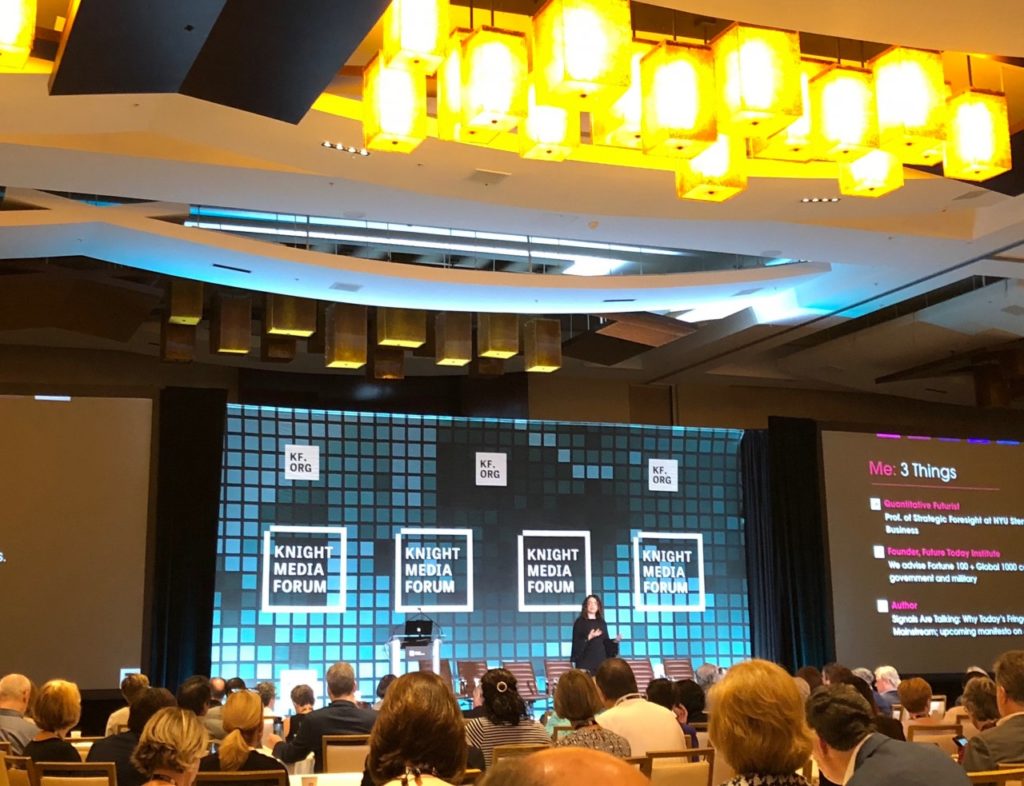 Over the course of two days, around 500 representatives of community foundations, journalists, educators, and librarians from all across the country gathered in Miami to take part in the annual Knight Media Forum.  BenitoLink was developed through a partnership with the Community Foundation for San Benito County and a substantial startup grant from the Knight Foundation. The annual media event consists of a series of forums, discussions, and panels to examine ideas on how to support community-based news, increase reader involvement, and regain the public's trust.

Featured speakers included President of the Knight Foundation Alberto Ibargüen, Silicon Valley Community Foundation President and CEO Emmett Carson, founder and CEO of the Future Today Institute Amy Webb, and former CBS news anchor and host of "Face the Nation" Bob Schieffer.  "It is harder now more than ever for the average citizen to separate truth from falsehood," Ibargüen said during his opening introduction.

For the last several years, BenitoLink staff has traveled to Miami to hear about other successful media projects and the new ways they are serving their communities. The Knight Foundation website states that it "is a national foundation with strong local roots. We invest in journalism, in the arts, and in the success of cities where brothers John S. and James L. Knight once published newspapers (see photo of night brothers). Our goal is to foster informed and engaged communities, which we believe are essential for a healthy democracy."

Vice President of Journalism at the Knight Foundation Jennifer Preston moderated a conversation between president of the New York Public Library Tony Marx, Vice President of News Operations at Gannett Mizell Stewart III, talk show host and MSNBC contributor Charles Sykes, president and CEO for the Center for Democracy and Technology Nuala O'Connor,  executive producer for Frontline PBS Raney Aronson-Rath and Facebook product manager for news Anthea Watson Strong about the trust people have in media and how that affects our democracy.

Center for Democracy and Technology's O'Connor added that four million 17-year-olds will be turning 18 before the next election.

Later in the discussion conversation returned to trust in the media. Aronson-Rath expressed confidence in her employer, PBS by saying they make it a point to be completely transparent with their audience to cultivate trust. To prove the point, Aronson-Rath said they publish transcripts of interviews so no one can say they their words were taken out of context. "You [the audience] can trust me because I'm going to have the underlying materials and process on our website," she said.

During the event attendees were invited to break off into small group sessions.

In the "Funding Local Media Collaboratives" session Marcelle Epley from the Long Beach Community Foundation, Journalist Wendy Thomas Russell, Mauricio Palma from the Silicon Valley Community Foundation and San Francisco State University Professor Jon Funabiki shared ways in which competing news rooms can come together, with the help of their local community foundation to report on topics affecting their community.

In Long Beach, reporters from competing news outlets came together to create a media collaborative that was initiated by their community foundation and was funded by the Knight Foundation. Together they were able to report on why more than 15 percent of Long Beach residents still lacked internet access in their homes, why that is meaningful statistic that deserves public attention, and ways that the “Digital Divide” might be bridged.

During the Role of Community and Ethnical Media in Serving the Community session CUNY Graduate School of Journalism Sarah Bartlett, owner of WURD Radio Sara Lomax-Reese and Martin Reynolds of the Maynard Institute talked about ways to reach ethnic minorities in communities.

Bartlett shared her project Voices NY in which they publish stories from individuals, publications, and organizations in their original language and then translate them to English.

In "Reporting on Local Issues with a Focus on Solutions" Liza Gross and Jean Friedman- Rudovsky talked about "solutions journalism."

Solutions Journalism is a form on journalism where instead of reporting and only presenting a problem that's affecting the community, a reporter will also report on the active ways people and organizations are trying to solve it.

In 2013 the Knight Foundation awarded BenitoLink $150,000. With the grant and support of the Community Foundation for San Benito County,  BenitoLink was able to continue the work of Vision San Benito County. This was a two-year visioning process which involved the voices of nearly a thousand San Benito County residents who wanted a reliable and current source of news and information. The BenitoLink community project started in 2012, the website became a non-profit in December 2015 and has operated on community support and from local and regional business sponsorships since then. 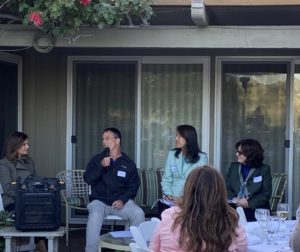 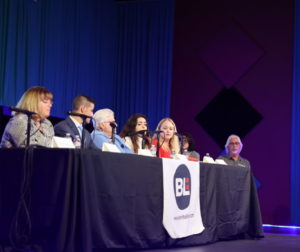