Attorneys of defendants Ji and Choi ask for delay of hearing, claiming FBI and sheriff's office have not given them any discovery materials needed to defend their clients. 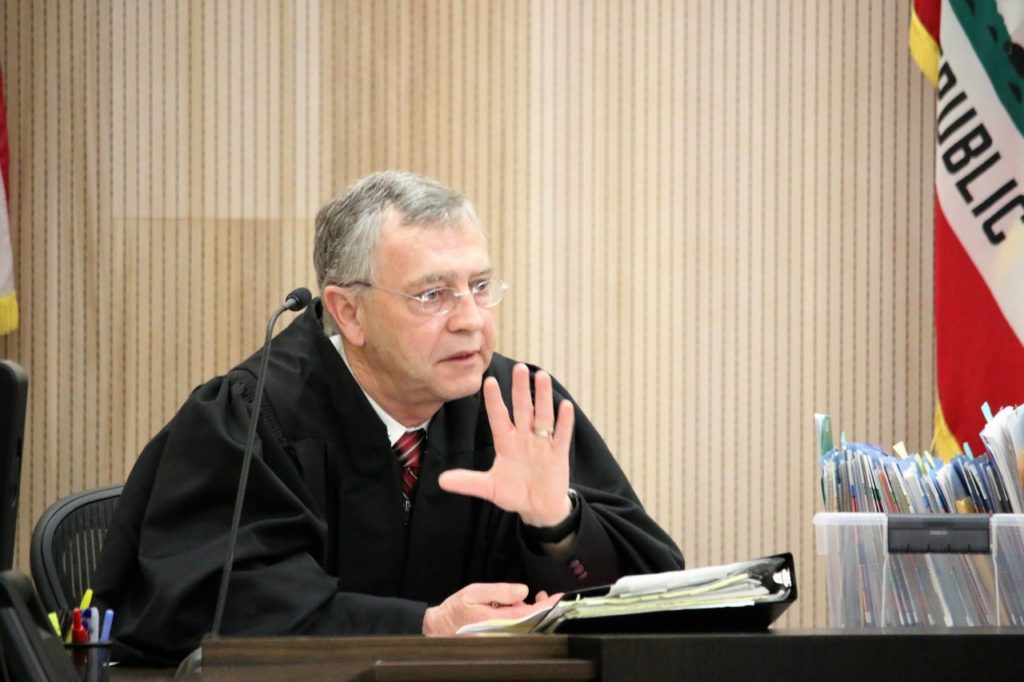 Proceedings for the possible trial of local resident Sang Ji and the South Korean woman, Jung Choi, for the murder of Ji’s wife, Yoon (aka Clara) Ji, was delayed until March 23 because the defense attorneys for both defendants told Superior Court Judge Steven Sanders that they have yet to receive any discovery materials.

As Ji and Choi filed into superior court Feb. 15, Judge Sanders stated that two certified Korean interpreters’ qualifications had been verified. The two interpreters were apparently replacing Jisu Kim, an interpreter who had previously been translating for both defendants. This may have caused a legal problem after Kim claimed in a comment to BenitoLink prior to the Jan. 18 hearing that she had been present when Choi told an attorney that Ji had already confessed to killing his wife. District Attorney Candice Hooper, however, refuted Kim’s claim, though she did say Ji had assisted in recovering his wife’s body that was buried near San Juan Bautista.

Choi’s attorney, Gregory LaForge, told Sanders he was not prepared to set a preliminary hearing because he had not received any discovery materials.

“We have not received anything from Capt. [Eric] Taylor [of the San Benito County Sheriff’s office], who allegedly wrote a report or took notes in December of last year,” LaForge said. “We’ve got nothing. I would ask the court to order the District Attorney to preserve Capt. Taylor’s notes.”

Judge Sanders asked Ellen Campos, Deputy DA, about the status of the report. She told Sanders the DA’s office had been informed that morning that Capt. Taylor (investigator of the murder) was working on the report and it should be done today, Feb. 15. She said she did not know anything about Taylor’s notes.

“If he’s writing a report he’s basically working off the notes, and we demand those notes,” LaForge said. “Also, we have not receive the autopsy. We’ve received nothing.”

Sanders asked if Campos knew when the autopsy was conducted. She said there was no mention in the police report about when the autopsy had been sent. Sanders turned to Choi’s attorney, Harry Damkar, who said he too had not received any discovery materials.

“We have very little in the way of any documentary evidence, at this point,” Damkar said. “It makes it a little more difficult for me to assist my client. Of course, establishing the cause of death according to the coroner’s report is very important.”

LaForge added that he had not received any photographs, though he knew they existed. Sanders said he understood that there were FBI photographs.

“I saw photographs at the first arraignment from a deputy, who showed me the photos on his phone,” LaForge said. “I want those photos.” He added that he had talked with the DA’s investigator the day before and she assured him they would follow up on the cell phone photos.

“I have photos, possibly from the FBI, the deputy’s phone, the autopsy report, Capt. Taylor’s report,” Campos told Judge Sanders, who responded that it sounded like they (photos) exist. LaForge wondered if there would be another search warrant. Campos said none had been issued yet.

“We need to start putting all this together,” Sanders said. “First things first, I’m informed that Capt. Taylor will be done today and it should be turned over forthwith to the defense, I think tomorrow morning.”

Sanders asked the attorneys when they hoped to receive the discovery materials. LaForge responded, “Probably last week,” and the judge asked for a reasonable time that they expected the DA to produce the materials. Both attorneys estimated three to four weeks.

“The way things trickle in, as it often does, we may need to follow up on additional things,” Damkar said.

Sanders ticked off verbally what the attorney’s should expect to receive: photo on the deputy’s phone, FBI photos, an autopsy report, and “…some sort of report [from DA’s investigator] the people have or supposedly has. Those are the issues that I’ve heard, aside from Capt. Taylor’s report, which sounds like it’s barreling down the highway today. The FBI can be problematic.”

“It’s kind of annoying when the agency releases everything to the press, but we don’t get anything,” LaForge said.

Sanders assured the attorneys that the autopsy report and the deputy’s photos exist, though he wasn’t too sure about an investigator’s report.

“That we know,” he said. “They might produce other things you might need, but I just want to get this first round so you can get going. Those are essential items, obviously.”

Campos said she wanted to be sure if the DA’s investigator was present at the same defendant interview as Capt. Taylor because he would most likely be “…writing a report and memorializing the entire interview and she [investigator] was not being ordered to write a report.”

“She questioned my client—“ LaForge started to say.

Judge Sanders interjected, “I’m not ordering her to do anything. I’m just trying to figure out what exists for the discovery. Obviously, it’s inappropriate for the court to say, ‘create discovery, then turn it over.”

“I expect Capt. Taylor’s report to be signed today and I expect it be turned over by tomorrow morning to the defense council,” Sanders said. “As to the other, I would expect that, absence some really good reason why, it should be done, say three weeks from now, and I’d like to come back and keep this moving.”

After conferring with the lawyers and interpreters’ availability, Judge Sanders scheduled the next hearing for March 23 at 1:30 p.m. Both defendants will remain in custody on $2,010 million bond.