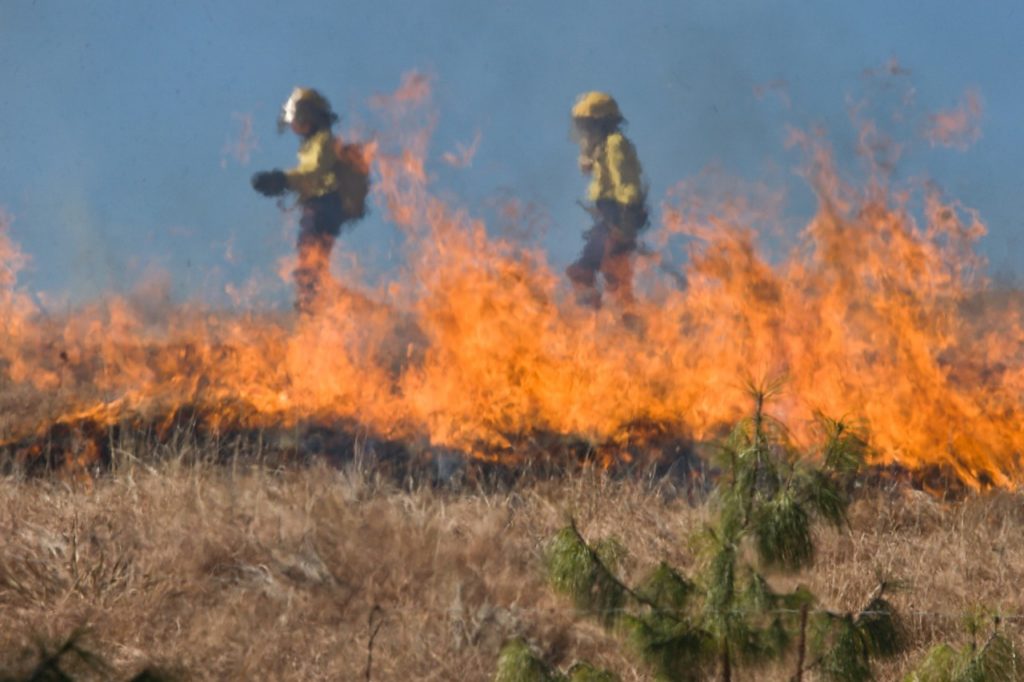 The 2018 wildfire season in California was devastating, which left local landowners to consider how future blazes can be prevented. Their solution: more fire.

“We have been getting lot of questions from local ranchers in San Benito County about prescribed burns,” said coordinator Karminder Brown (who is also a BenitoLink board member).

According to Cal Fire, prescribed burns are defined as a planned application and confinement of fire on lands selected in advance to achieve any of the following objectives:

“Ranchers would work together and burn about 50,000 to 60,000 acres annually in conjunction with Monterey County,” Spencer said.

According to Thomas Smith, battalion chief with the Cal Fire San Benito-Monterey Unit, there are two prescribed burn options available to landowners. They are known as range improvement and vegetation management.

“Range improvement burn is where you obtain a permit from Cal Fire and the Monterey Bay Air Resource District and do the burn yourself,” he said.

Smith said the downside with range improvement burns is obtaining the necessary equipment and resources. Cal Fire could respond, but that depends on staffing and incidents already occurring.

“The VMP is when Cal Fire does and owns the burn on the landowner’s property,” Smith said. “This can be a mutual benefit for the rancher, but it can be a lengthy process.”

Rao mentioned that Humboldt County established a prescribed burn association where landowners and others work together. This is the first such association in California, she said.

“Landowners are liable if the fire escapes, but can hire a burn boss with insurance,” she said. “If we continue to have interest in developing a [prescribed burn association] we will apply for an SB 901 grant to get that established in our county.”

A survey was circulated at the end of the meeting to gauge interest:

In June, Rao will co-host a meeting with Lenya Quinn-Davidson and Jeff Stackhouse from UCCE Humboldt County. The meeting is expected to focus on how to develop a prescribed burn association, in addition to a small burn demonstration on a local private ranch.