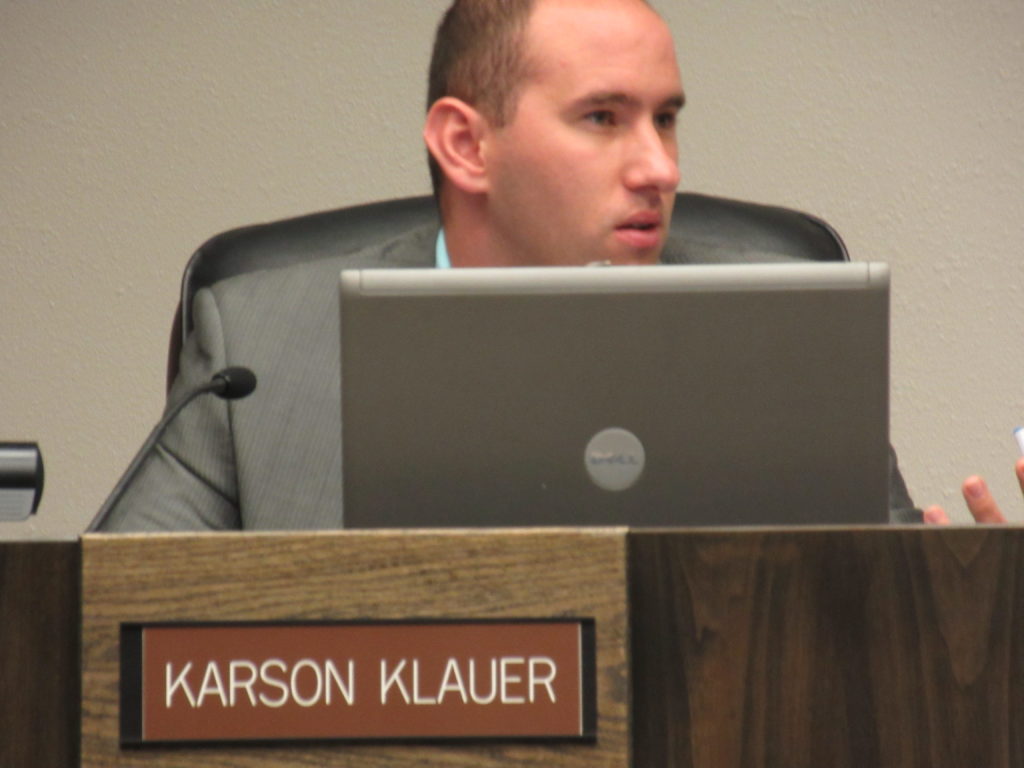 The city of Hollister's revenues for the 2014-15 fiscal year came in nearly $2.5 million over budget with tax revenues from Measure E more than half a million dollars over expectations

Administrative Services Director and Assistant City Manager Brett Miller reported the highlights of the fourth quarter status of the 2014-2015 fiscal year budget to the City Council at a special meeting on Sept. 29.

“We did very well," at the year's end, he said, noting that "big areas" for revenue were charges for services and money from the voter-approved sales tax.

Miller pointed out two areas of concern to the council. “The engineering salary allocation, which ate 85 per cent of the budget and the Fire Department’s overtime pay, accounting for more than 100 percent" of the budgeted amount.

Aside from funding requests for City Hall maintenance and repair, council membership dues, and legal services due to labor costs, additional increases were listed for leave pay-outs for the city clerk and the city manager, plus the cost of medical insurance for the city treasurer (once an appointee, now elected).  There were other unemployment  and leave pay-out cost increases.

District 2 City Councilwoman Mickie Solorio Luna said, “Give more consideration to non-profits.There are a lot of organizations needing help in the city.”

District 3 City Councilman Karson Klauer wanted to give $15,000 to the library "and see if the county will come up with the other half.” He also recommended the proper assessment of vacant buildings for sale. He reasoned that those interested in opening a business may just give up when they find out about “the big assessment fees. If we don’t have assessments, we can’t get anywhere.”

The agenda item was approved for supplemental adjustments for Hollister’s operating budget until June 30 next year.

On the road to more business prospects

The Downtown Traffic Corridor Study on San Benito Street (between Pinnacles National Park Highway and Nash Road) was intended for expansion and improvement for safety and also to slow traffic enough to encourage patronage of downtown businesses and attract prospective shop owners.

The study calls for crosswalks at intersections, chokes/bulb-outs to narrow intersections, street lane striping, new thermal striping, single lanes in each directions, turn pockets and for alleys to be more pedestrian-friendly. It also calls for flashing streetlights at San Benito and Fifth streets.

The study has been implemented into a plan with anticipated road striping start in November. Another initial phase would be for the plan to replace the flashing streetlights with a roundabout gateway at San Felipe Road. This would benefit hotel employees and other motorists who wouldn’t need to make a U-turn further out to get to their destinations.

District 1 Councilman  Raymond Friend reported that “three merchants told him they think the study is not in their best interest and that the Downtown Association does not represent them.” Friend added that he asked for “a poster (graphically showing the changes) but still did not get it.”

Luna agreed with Friend, looking at the map presented to the council. “It takes a lot to understand this," she said. "A meeting (with the public) or comments session at City Hall should clarify this,”

District 4 City Councilman Victor Gomez said he’s “cautious (about the proposed work suggested in the study). Maybe we should consider six months to test how people react to all this. I hate to paint and stripe then undo it (because they don’t like it).” He suggested looking into “temporary fixes that could be made permanent, like using delineator traffic posts for control or barricade.”

Business owner Gordon Machado in the public comment period recalled, “This is the third report (presented to the council) and the previous two failed to be implemented. It has been 30 years since and on behalf of the Downtown Association, I hope it happens as soon as possible.”

The council approved an information-only meeting to make the public aware of the study and the changes taking place.

Law said that HERO “has been approved by legislation, is only in California and has partnered with AMBAG” and that “344 communities have adapted it in different size cities from L.A. to Calistoga. It saved $1.66 million in energy cost and helped 44,000 consumers. Nine out of 10 said they were happy with it and the same number said they would recommend it.”

He listed solar as a third of the projects Renovate America does and two-thirds focus on water efficiency services. The rest would be upgrades to heating and air conditioning systems, windows and floors.

Law explained that HERO would come in handy “for anyone wanting to take out $10,000 out of his credit card (for home improvements). Usually, banks like Wells Fargo may give consumer the credit but (not allow for the) urgency and time frame (of the home improvement project). FICO score is not part of eligibility. It’s based on the value of the property.”

He said there would be “a fixed interest rate for the duration of the assessment and there will be no cost to the homeowner.”

After further questioning, Law clarified that “The expense will appear as a line item in your property tax, like the school measure. Usually, something to the amount of $200 a month.”

Klauer expressed reservations about the program.

“I have a problem with FICO not being included. (The no assessment part) also scares me. Anyone can go online and get about a hundred different sites that can help assess their property and that’s still off by about 30 percent.”

Friend asked, “If there’s already legislation for this, why do you need council’s permission (to do business) in the county? “ He made a point that “if we allow it, people will say it must be good. It’s easy to fall into a bad situation here. They’re going to have changes to their (property) taxes they don’t understand,”

During public comment, San Benito County Association of Realtors member Christine Fortney said members of the group “oppose the program.” She cited a letter from the Federal Housing Administration (FHA) against HERO because of, among other things, “a second market entity, collateral-based lending, lack of disclosure, uncertainty about energy reduction vs. cost ratio, doubtful return of investment and transfer of debt to new owner – reducing sales equity.”

It was also noted that FHA and other lenders will not guarantee or purchase a home loan with a HERO tax lien on it. If a new buyer wants to buy the house with an FHA loan, then the lien must be paid off.

Realtor Jason Noble observed that “collateral-based lending was responsible for the (subprime mortgage) mess we found ourselves in in 2007.”

The council decided to treat the discussion as information only and moved the resolution to consent to include Renovate America business within the county for its next meeting.

Costs not to rain on city parades

A businessman asking about a permit caused the city to review its process for approving and costing public events such as parades, National Night Out and the Farmers' Market. The council decided not to pass on the city's costs to parade-holders.

The ensuing report revealed that a typical parade “would cost $650 a day, four city employees and their pay for at least four hours of work, the cost of traffic control and diversion and other things.”

The cost of each Farmers Market would also be $650, plus the cost of materials needed to set it up (like barricades) priced at one-third of the market value. National Night Out would need emergency staff and they will add $200 an hour for over-time pay.

The report sought to get direction from the council on how to efficiently charge for public events.

Luna said, “I don’t believe in passing on this cost to the community. If it costs $100 for an application to be filed with the police or fire departments, let’s just up it to $50 more.”

Klauer agreed, “I don’t want the city to eat $700 every time somebody wants to do something publicly. Smaller events appeal only to certain segments. I don’t know the sweet spot (for costing events) but I’m afraid of what might happen if we pass it on.”

Friend asked, “If (the Hollister) Downtown Association charges (for the weekly) Farmers' Markets, do we charge the Veterans’ Parade, too?  I understand there are expenses, but for 70 years, we haven’t budgeted for downtown events. There are about 40 events each year. Do we recover costs (from all)?”

Miller replied, “Municipal Code says we will recover costs but not county code.”

Hollister Downtown Association President Brenda Weatherly said, “The association is funded by membership fees. We will pass on the cost if you charge us. That’s why we name the city as co-sponsor (for the event).”

Mayor Ignacio Velazquez had the final word, saying “We are a parade town. We love our parades. It’s what we are. We don’t even put islands on our streets. We’ll work with our temps (temporary employees, to cut  expenses). We’re not going to ask $100 for community events. Let them (go on with the parades and other events).”

The council agreed to rename the Fire Committee as the Fire Advisory Committee to make its function clearer and for Fire Chief Bob Martin Del Campo to head the county fire administration “to better manage responsibilities.”