Unable to find an equivalent in San Benito County, Jennifer Coile writes about attending the Salinas Adult School classes for adults who use Spanish in the workplace. 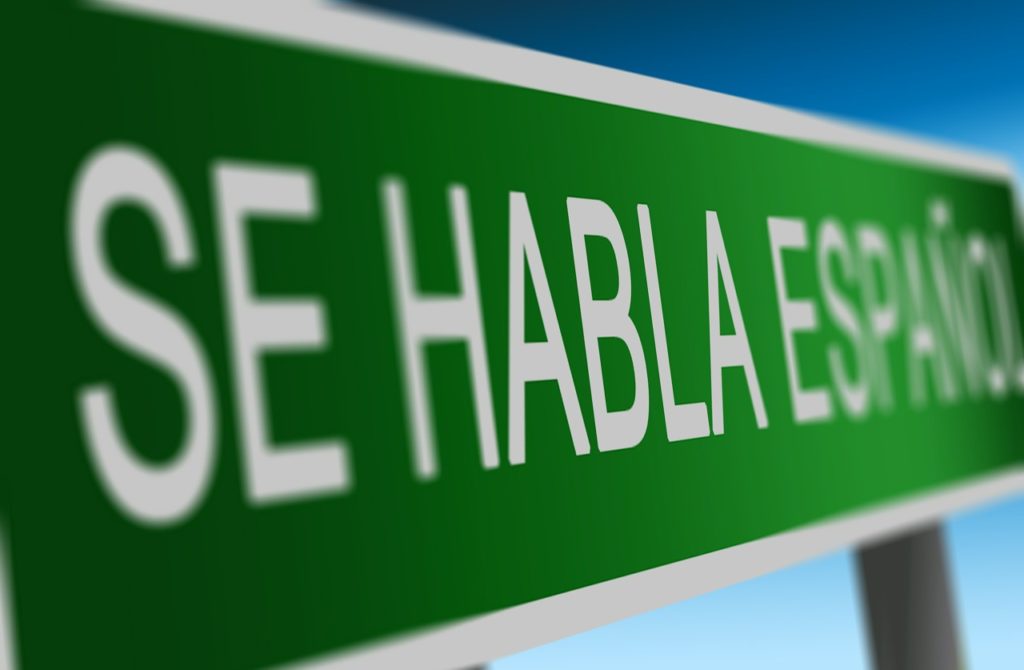 This article was contributed by community member Jennifer Coile.

A couple years ago, I predicted that I would be interviewed on Spanish language TV news in connection with my job, and I didn’t feel ready. The last time I spoke in Spanish all day/every day was in 2000 in Buenos Aires where I was Assistant Cultural Affairs Officer at the US Embassy. Luckily, I found the Salinas Adult School and its “Spanish for Professionals” class one night a week from September to May.

You may wonder why I want to write about this in BenitoLink since it is something that takes place in Salinas? I have several reasons, mainly that I could not find an equivalent service within San Benito County. Also, many residents commute out of the county for work and it may be convenient to stop in Salinas after work.

I had guessed that my classmates might be supervisors working at bag salad plants who needed to communicate better with their employees, but instead, there were many teachers fulfilling continuing education requirements, including a science teacher who also moonlighted at the Monterey Bay Aquarium family sleepovers. A grandmother from Carmel Valley came in-between walking segments of the Camino de Santiago de Compostela in northern Spain. My first semester classmates were all women, and I was thrilled to say “nosotras” for months. (Spanish grammar rules declare that if there is one male among a group of 10,000 females, you have to use the masculine form of us/we: “nosotros.”)

The instructors are excellent, and have a great formula for keeping people tired from a full day of work awake, engaged, learning, and laughing. There’s a variety of activities that shifts about every 20 minutes. I guess grammar and verb drills were sprinkled in there, but easy to swallow. My two favorite activities were “Truth and Lies” and “Intercambio,” which means “exchange” in Spanish.

When we played Truth and Lies, each person gave three statements about themselves: two were factual and one was a lie. We then had to guess which of the three was the lie. The executive director of a very large nonprofit organization in Monterey County said she/he had gone to dinner with the President of Ecuador. Most of us pegged that for a lie, but guess what? It was true – they both attended a conference in Europe and in the elevator one night, discussed dinner plans and ended up going out together!

The Salinas Adult School also offers classes in English as a Second Language (ESL). Every three weeks or so, our class would get together with some of the ESL students for half an hour so we could speak in Spanish for 15 minutes with someone who was not our instructor and they could speak in English for 15 minutes with native speakers of a variety of backgrounds and accents. I was humbled by the personal stories of the ESL students, like Miguel (not his real name) who worked year-round at a strawberry farm from 7 a.m. to 3 p.m., then rushed home to change clothes and eat prior to ESL classes every day Monday through Friday from 6 to 9 p.m. He had decided he wanted to become a truck mechanic and knew that he had to master English for the training program. I wondered if he got to practice English with Anglo-Americans on weekends and gave him a ticket to the Salinas Valley Comic Con. Another student was learning English as his third language – he was from Oaxaca and explained to me the intricacies of several dialects of Mixteco in the Salinas Valley. It was sometimes a challenge to think of neutral topics that might explain American customs without touching on economic hardships, overcrowded housing, or homesickness that the ESL students might be facing.

Homework? None, except for one presentation and contributions to class projects/festivals, unless taking the course for continuing education credit. The presentations were fascinating, like the one from a Salinas doctor who went on medical mission trips in South America to provide health services, typically in a village that was a five-hour hike from the nearest paved road. I designed some mock television news interviews about my project so that I could check the correct translation of jargon and technical terms.

Our instructors gently suggested that two workbooks, “Spanish Verb Tenses” and “Complete Spanish Grammar” in the “Practice Makes Perfect” series, might be useful. I optimistically bought two copies of the Verb book, one for home and one to keep in the car. Well, I never have long waits at the doctor or dentist in Hollister, so the extra one I kept in the car was never used – maybe you saw it among the Hazel’s Thrift Shop book donations?

Class Schedule for Different Levels: The classes are grouped according to Beginning, Intermediate and Advanced, and held on either Tuesday or Wednesday from 5:30 to 8:30 p.m. A brief written test and oral interview will determine which level you belong in. To schedule an assessment, or ask questions, contact Program Specialist Ana Cordero at [email protected].

How to Register: Assessment is required prior to registration unless registering for the beginner level. Beginners can register online at www.salinasadultschool.com. Spring classes start in February and Fall classes in September. To register at the school, bring the registration card provided after the assessment exam to the Welcome Center at 20 Sherwood Place.

So what happened on Tele Noticias? The Mayor of Salinas was interviewed in English with a voiceover translation and the reporter considered my Spanish passable enough to be taped!