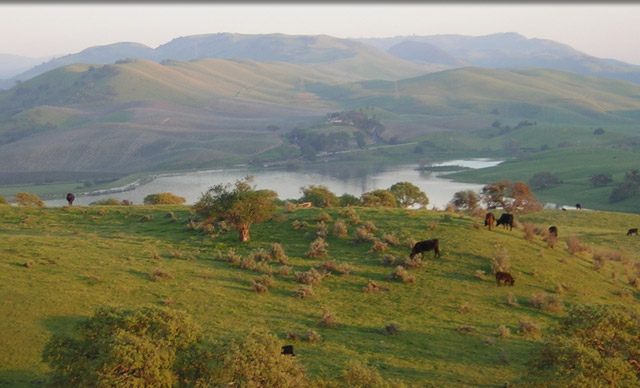 The following news release was provided by the Office of District 30 Assemblyman Robert Rivas.

The California State Senate passed Sept. 3 Sen. Nancy Skinner’s carbon sequestration bill, SB 27, on a vote of 34-4. SB 27, which is co-authored by Assemblymember Robert Rivas, D-Salinas, won bipartisan approval in the State Assembly Sept. 2 on a 75-0 vote. The legislation will expand California’s carbon sequestration capabilities as well as improve the carbon retention of the state’s natural and working lands. SB 27 now goes to Gov. Newsom’s desk for consideration.

“It’s clear that climate crisis is already upon us – from hotter weather to more devastating wildfires and bigger and deadlier storms. To lessen the crisis, we need to put every tool to use, both to reduce emissions and capture climate-harming carbon that has already in the atmosphere,” said Sen. Skinner, D-Berkeley. “SB 27 will maximize nature’s ability to store carbon in soil, grasslands, farmland, wetlands, forests and other natural systems, as well as explore cutting-edge technology like Direct Air Capture that mimic this natural process.”

“Our natural and working lands are a common-sense tool in the fight against climate change,” said Assemblymember Rivas, who presented SB 27 in the Assembly. “We need to put more carbon back into the ground, and SB 27 is a big step forward in achieving our state’s ambitious climate goals. I applaud Sen. Skinner’s efforts and was proud to co-author and present the bill in the Assembly to help secure its passage.”

Scientists on the United Nation’s Intergovernmental Panel on Climate Change have concluded that stopping the worst impacts of climate change will require not only swift cuts in global carbon emissions, but also deployment of land use practices and technologies that can directly remove heat-trapping greenhouse gases from the air.

Carbon sequestration on natural and working lands is relatively inexpensive – about $11 per ton of CO2 removed, on average. Newer technologies like direct air capture, which pulls carbon straight from the atmosphere, are more expensive, but costs are coming down fast.

In 2020, Gov. Newsom directed state agencies to deploy a number of strategies to store carbon in the state’s natural and working lands. Simultaneously, companies around the world – as well as many based in California – are making pledges to go “carbon neutral.” Updating California’s climate planning to include carbon sequestration, while continuing to aggressively reduce emissions, is critical to tackling climate change. Linking quality carbon sequestration with companies who are investing in “carbon neutrality” is a unique opportunity to fund the fight against climate change and make the state more resilient to climate impacts.