Set to open with the start of the school year, it will be housed at the Esperanza Center in downtown Hollister 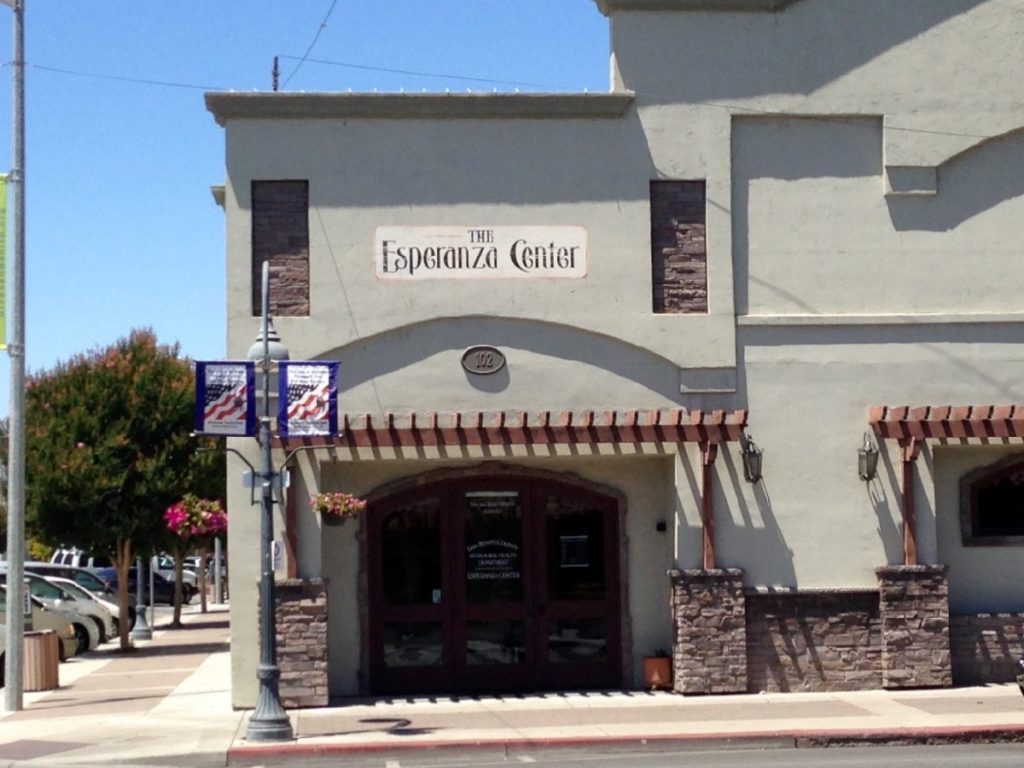 While in sixth grade, Hollister resident, Raymond Andrade, was relentlessly bullied and harassed by classmates during recess and lunch. The feeling of isolation followed him home, where he quietly searched the meaning of “faggot” and “queer”—the two words that his peers had derided him with throughout the school day.

Back on his Hollister campus, Andrade endured repeated assaults without the resources and support to deflect them. At some point, the then-11-year-old decided to share his middle-school experience with his parents. He also told them that he was gay. So began Andrade’s largely unaccompanied journey of self-discovery.

Coinciding with the start of the school year, a new gay, lesbian, bisexual, transgender, queer or questioning (LGBTQ) youth resource center and safe space will soon be opening in Hollister. Its purpose: to provide county LGBTQ youth with the support, guidance, and role-models that Andrade longed for.

The center’s genesis began last October, when San Benito County Supervisor Robert Rivas, and then-supervisor, Margie Barrios, held a town-hall meeting to discuss a proposed board resolution in support of the LGBTQ community.

As reported by BenitoLink, those who attended the meeting and who spoke publicly included, the Director of San Benito County Behavioral Health, Alan Yamamoto, and some of his staff, as well as San Benito High School English teacher, Becky Conklin, and students from the high school’s Gay-Straight Alliance (GSA) club that she advises.

In her remarks, Conklin explained that an online search of services provided by various county departments to LGBTQ youth yielded nothing.

Yamamoto responded to Conklin’s comments by stating that his department had much to offer, including the Esperanza Center, a drop-in center located in downtown Hollister that was open to everyone.

“The invitation is out there and we’re very supportive of the LGBTQ community,” he said at the time.

Yamamoto and his staff later began pouring over the data shared during the Oct. 26 meeting.

The numbers told the story of a community plagued by “mental health issues” rooted in the daily “stigmatization, discrimination, and alienation” faced by its members, he explained in a recent telephone interview with BenitoLink. He added that LGBTQ youth are particularly susceptible to higher rates of bullying, alcohol and drug abuse, rejection from family members, homelessness, and suicide.

With the dire statistics staring him in the face, a wave of urgency swept over Yamamoto.

“We [at Behavioral Health] realized that we needed to create a better support system for that population,” he said, adding that LGBTQ youth “need psychological and emotional support.”

Unsure of what that support needed to look like, Yamamoto reached out to Conklin and the GSA.

What followed were a series of “stakeholder” meetings held at the Esperanza Center earlier this year, involving Behavioral Health staff, the club, and its advisor.

In her telephone interview with BenitoLink, high school senior and last year’s GSA president, McKinzie Lathrop, said she appreciated being included in the discussions, adding that every idea put forth by she and other LGBTQ youth was accepted.

By June, the collaborative process had resulted in the Prevention and Early Intervention (PEI) LGBTQ Project, the unofficial name for the one day a week resource center and safe space serving the county’s high school-age youth.

Funded through the Mental Health Service Act, the project’s operating cost is $50,000 for the 2017-18 fiscal year, explained Behavioral Health Supervisor and project coordinator, Veronica Gallagher, in an email to BenitoLink.

Citing its informal setting, service model, and downtown location, Yamamoto noted in his interview that the Esperanza Center was chosen as the project’s home.

In her telephone interview with BenitoLink, Behavioral Health’s Case Manager Supervisor, Nancy Abellera, said that the center utilizes a peer-mentoring model, adding that clients routinely respond better to “those peers who have lived [their] experiences.”

Peer-mentors facilitate a variety of activities, ranging from art to cooking to daily walks, in order to fulfill the center’s mission of “wellness, hope, and recovery,” Abellera stated.

Abellera recently oversaw the six week, peer-mentoring training for the LGBTQ youth project. The training’s lessons included, how to organized support groups, client confidentiality, and Mental Heath First Aid—a “national program to teach the skills to respond to the signs of mental illness and substance use,” according to the website, Mental Health First Aid.

Two of the six candidates who underwent the training will be hired as temporary extra help, county employees, essentially minimum wage positions without benefits.

Once the project launches (a date that has yet to be determined), the hired peer-mentors will staff the Esperanza Center on Saturdays.

There are many details left to sort-out, explained Yamamoto. For example, determining a formal name for the resource center and safe space and developing the various activities and services offered on the weekend to list but a few.

“I’m going to mine their [LGBTQ youth] minds for ideas,” Yamamoto said, underscoring the fact that SBHS’s GSA and its adviser, Conklin, played an integral role in the project.

In her interview with BenitoLink, Conklin expressed her excitement over the project. And she believes that its most important attribute is its weekend offerings.

“It provides LGBTQ students a new choice and a safe place where they’re allowed to be themselves,” she said, noting that its success will depend on “consistently getting the word out” that such a place exist.

Lathrop, the high school senior, foresees the project being a catalyst for change.

“It’s going to make a big difference in how people in the community view each other,” she said in her telephone interview. And she is ready to partner with her peers to make it happen, regardless of the challenges.

“This is a big progressive thing we’re trying to do. We need to help each other and be strong," Lathrop stated.

Yamamoto said that the project’s efficacy and outreach will be evaluated throughout the fiscal year, determining its future.

Growing up gay in Hollister was not easy for Andrade.

The 22-year-old said in his telephone interview that he was left to navigate the waters of gender identity and sexual orientation by himself, despite the support he received at home.

While a student at SBHS, he become more comfortable with himself, in part because of his involvement in GSA.

Now a full-time instructional aide at SBHS, Andrade is encouraged by the confidence and self-assuredness demonstrated by LGBTQ youth on the high school campus—a far cry from what he witnessed five years ago.

And he feels that the LGBTQ youth resource center and safe space will offer students an opportunity to “find out more” about themselves, an important first step in their journey of self-discovery, he said.