Folks who make such claims mix up the buggy whip—a solution—with the need for transportation. 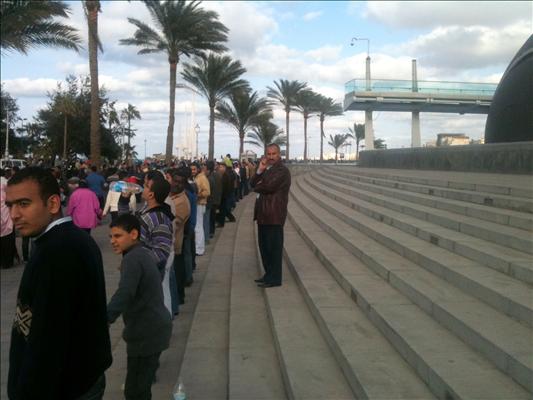 Thursday, September 26th, the San Jose Mercury News quoted Mark Hinkle, president of the Silicon Valley Taxpayers Association, saying, “The whole idea of the library is not as antiquated as the buggy whip, but it’s headed in that direction.”  Folks who make such claims mix up the buggy whip—a solution—with the need for transportation. The horse, buggy, and whip emerged as only one evolutionary response to the need for mobility. While the tool or artifact of the buggy changed with the advent of the automobile, the desire for mobility did not. Solutions, like the buggy, evolve; needs, like transportation, persist.

To see the results of a library’s evolution since 288 BC, wander through the photos of the “eternal” Bibliotheca Alexandrina in Alexandria, Egypt, the latest solution to the enduring need to capture and store knowledge. See http://www.bibalex.org/imagegallery/BA_Gallery_EN.aspx.

Who needs a library now that we have the internet?

It’s not just about capturing and storing knowledge; the internet is doing a fine job for us in this regard. It’s about another enduring need for people to meet up, self-educate, pursue interests, and feel connected to a community’s center.

Libraries evolve, persist, endure destruction then resurrect, and finally emerge better than before.  Founded 2,301 years ago in 288 BC, Bibliotheca Alexandrina, the world’s largest library has survived politics, invasions, and fires only to rise again in 2010, a marvel of engineering and beauty.

The resurrection was launched by a few academics around the year 2000 but grew to popular– indeed international–appeal until contributions came from far and wide, including the United States. So cherished, the Bibliotheca was surrounded by Egyptians—both pro- and anti-Mubarak—holding hands to protect it from the street demonstrations last year.

What’s the Next Evolutionary Step for Libraries?

Facing decreasing Federal and State support, libraries survive with local support. Makes sense: Local resources to build out local services that benefit wide swaths of the community, including businesses. On average, reported in Worth Their Weight: An Assessment of the Evolving Field of Library Valuation (2007), for every $1 invested in libraries, there is a return of $5 to the community in soft assets (story time) and hard currency (spending and real estate values). So a shift toward more local engagement, local control, and local benefits is the norm of our times. Andrew Carnegie had the vision to advance libraries across the United States* and Ptolemy I the vision to establish the Alexandria Library some 2,200 year earlier. On our watch, in our time, and in our towns, we must find ways to keep our libraries vibrant.

*San Benito County Free Library is one of the last Carnegie libraries, established in 1919.