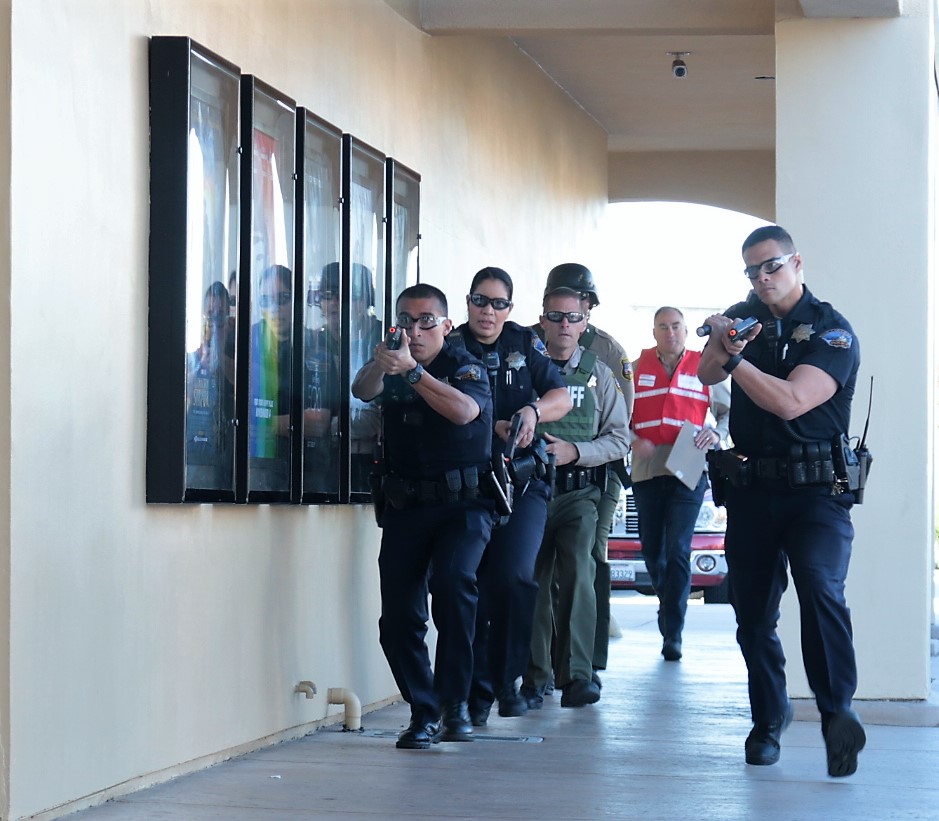 For a number of years, serious problems have arisen in San Benito County when sheriff’s deputies and police officers answered 911 calls only to end up in a confrontation with an unstable individual, often classified afterward as a 5150 incident. With little or no training in behavioral health, officers would often become involved in violent incidents where physical force was used rather than de-escalation techniques.

According to the Welfare and Institutions Code, 5150 refers to the number of the section that allows an adult who is experiencing a mental health crisis to be held involuntarily for a 72-hour psychiatric hospitalization after being evaluated as a danger to others, to himself or herself, or deemed gravely disabled.

The issue of dealing with 5150 incidents was addressed in the county’s 2015-16 Civil Grand Jury Report. It found a broken system and few if any resources.

“What you see is predictable,” an unnamed psychiatrist was quoted as saying. “If there are only a few beds, facilities have to triage, and take only the most severe cases. People aren’t very good at predicting when someone is imminently dangerous, and so they are let out and what happens is people continue to deteriorate. These folks then find themselves in a much less therapeutic facility—they’re in jail.”

At that time, there were no in- or out-patient psychiatric beds in a county with a population of 57,000.

Since the Grand Jury report was released nothing has changed on this issue—until now.

The Hollister City Council approved a resolution on June 29 to authorize a three-year memorandum of understanding (MOU) between the SBCBH and HPD to create a Crisis Response Team (CRT) to deal with mental health issues and to reduce 5150 incidents.

The annual cost will be up to $160,000, and will be reimbursed by Behavioral Health. The funds will be used to hire and train an HPD officer in mental health protocols.

Crisis intervention and stabilization of the severely mentally ill often begins with a 911 call sending a police officer or sheriff’s deputy in response. The officer or deputy may not have any formal training to determine if the person meets the criteria of 5150.

These contacts between law enforcement and the public can lead to violent and possibly deadly results, as was alleged in the case involving Justin Baldasano when San Benito County sheriff’s deputies came to his mother’s house in January 2014. The encounter turned violent, according to his mother, Nancy Martinez, who told the 911 dispatcher her son was suffering a paranoid-delusional episode. She claimed that deputies beat her son so severely he never fully recovered and died two years later due to complications related to the beating.

Martinez told BenitoLink in July 2018 that neither the county jail nor Hazel Hawkins Memorial Hospital were equipped to handle 5150s. She claimed a clinician, rather than a doctor, from Behavioral Health came to the jail and recommended her son be kept in a safety cell for more than 24 hours. She also said the emergency room doctors were not allowed to write psychiatric evaluations, so they could not do a 72-hour, 5150 hold. She said her son did not receive any psychiatric help at the hospital or jail and she eventually had to have him taken to a hospital in Sacramento at her own expense, where he remained on psychiatric hold for three days. After his death, she sued the county and the Sheriff’s Office, but lost the case.

Juan Gutierrez, staff analyst with Behavioral Health, wasn’t familiar with Baldasano’s case and said if it did happen as Martinez claimed, it went against the county’s guidelines.

He said if HPD officers suspect there are mental health issues when they encounter an individual, they will transport the person to Hazel Hawkins, where they will undergo a medical examination before a licensed behavioral health clinician evaluates them.

“We need medical clearance from one of the emergency physicians to determine whatever the person is demonstrating is not medically produced,” Gutierrez said.

Since Hazel Hawkins does not have a psychiatric ward, the person would be sent as soon as possible to one of several contracted facilities throughout the state to be held for 72 hours for observation. He said they would be placed in a facility as close to the county as possible, depending on their level of need.

Gutierrez said because dispatchers have been working with a CRT team in Santa Cruz, they will be trained to send San Benito County’s CRT team to only those incidents requiring mental health expertise. He said CRT members will answer the call separately. A police officer will be there to ensure the location is safe.

“The rest of the team will then come in and try to de-escalate whatever the situation is,” he said. “They would be taken to the hospital for the medical clearance. There would then be follow-up and we would circle back several days later and provide additional resources.”

“If toward the end of the 72-hour hold they determine the person needs an additional hold, the initial extension would be for 14 days,” he said. “If it is then determined they need long-term care, they remain in the facility, which would be determined at the county level by a judge.”

Once a person is stabilized through psychiatric treatment, medication or both, Gutierrez said they continue to receive assistance, even if placed in jail.

Behavioral Health’s psychiatrist goes to the jail once a week to provide mental health care, but does not get involved with the 5150 process because the state has determined licensed clinicians are able to follow the state’s criteria to assess potential 5150 cases.

Hazel Hawkins acquired a staff psychiatrist in December, but she is not part of CRT and does not consult the ER, according to Frankie Gallagher, director of marketing/community relations for the hospital.

Interim Hollister Police Chief Carlos Reynoso said the county approached HPD to join forces to create the crisis response team to respond to the 5150 calls. He said the $160,000 could cover additional training for the officer, who would then be required to train other officers so they would be better qualified to respond to any call. He said there may be additional cross training in tactics for Behavioral Health personnel to give them a better understanding of why the police react to certain situations the way they do.

“There’s a need for plenty of training and we all agree it’s a crucial part for the success of this program,” Reynoso said.

At the June 29 Hollister council meeting, Mayor Ignacio Velazquez asked if the officer would respond to an incident that occurred in the county, wondering who would take the lead. Reynoso said when the officer is part of the CRT, they would respond and a deputy would also respond. Velazquez asked if the deputy would also be trained so the situation would not escalate. Reynoso said the goal was to train as many law enforcement officers as possible, and that if the CRT were not responding to a 5150 call, the officer would be conducting training, participating in team meetings, or taking part in follow-up visits with the individuals within four days to make sure they’re taking advantage of the counselling made available to them.

“We are happy [Behavioral Health] is embarking on this agreement as the city of Hollister has many more 5150 incidents than we do in our jurisdiction,” he told BenitoLink. “We look forward to a similar partnership with our office.”

He said if the crisis response team is on duty and available, the Sheriff’s Office will request their assistance on any calls that would be “a good fit” for the team.

“The team’s existence does not relieve our office of any of our responsibilities or liabilities,” he said. “They would simply be a resource we could utilize if they were available and willing to respond.”

Capt. Tony Lamonica, who works at the county jail, said, “Since December of 2019, we hired a licensed marriage family therapist (LMFT) through WELLPATH to handle all of our 5150s that are either already housed in the jail or come into the jail for a short stay. She evaluates everyone that gets booked into the jail and does daily rounds with all our inmates to make sure they are mentally doing well.”

Lamonica said the LMFT works closely with behavioral health and Hazel Hawkins doctors making sure the inmates are properly taken care of.

“Since our LMFT has been assigned to our jail, our safety cell placement has gone down tremendously,” he said.

Five years after the Civil Grand Jury report was released the result is an MOU. That very same report, though, recommended “going beyond the MOUs, and strongly recommends SBC effects plans for a psychiatric crisis center and inpatient psychiatric beds.”