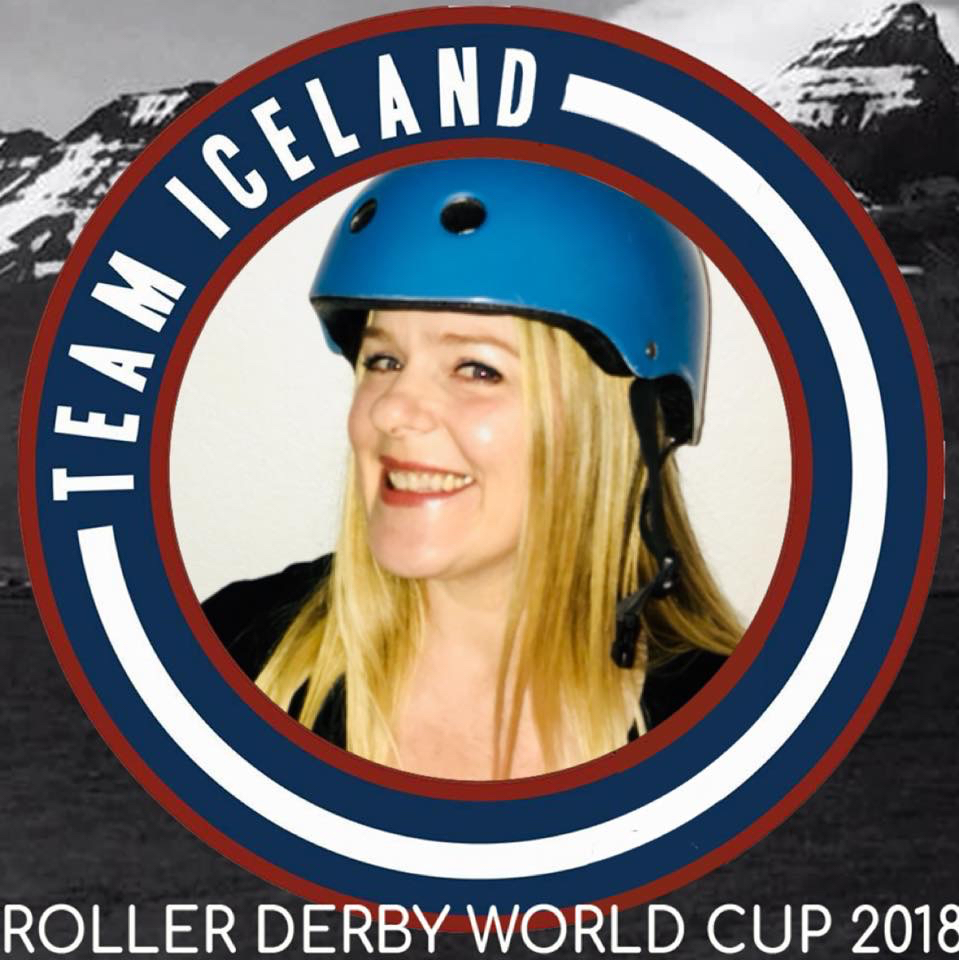 A realtor by day and staunch competitor in lycra by night, Hollister resident Berglind "Ice" Burrows is competing at the Roller Derby World Cup in Manchester, England where she is playing with Team Iceland, the national team of her native country. BenitoLink caught up with the roller derby player and coach of the local Hollister Faultline Devilz in Iceland before traveling to the U.K. They will be one of 38 teams from around the world competing over four days starting Thursday, Feb.1.

The Roller Derby World Cup will be the first time Burrows has competed with Team Iceland, but she is no stranger to the team, last September she and the rest of the Hollister team went to Iceland, where her parents still reside, to play against them and won. There are no hard feelings, however, and Burrows is excited to play alongside her new teammates, which include players from various countries.

"There are at least three girls on the team from America and others from Norway and Sweden," said Burrows over the phone. Burrows, who has been playing roller derby since 2010, had to tryout to make the team and is due to play her first bout with Team Iceland on Thursday against Costa Rica. "People fly in from all over the world- any country can apply to go there, they have the skills and go through a boot camp and assessments," she said.

The 40-year old, mother of five wasn't a traditional athlete when she decided to look into roller derby after seeing fliers for the local league posted in Hollister nearly eight years ago, but she thought it looked like fun and decided to give it a try and was soon hooked.

"Roller derby is a great sport. It's fun, and there is no typical body for it. It doesn't matter your size or height, anybody can play. It is a good versatile sport," she said.

If you have not caught the Faultline Devilz at any of their home games at Bolado Park and only remember roller derby from its heyday in the 1980s when they were regularly broadcast on TV, you may be surprised at how much the game has changed. "It has changed a lot since the old-school roller derby," said Burrows. "Nowadays it is on flat tracks and whereas the old way was more like staged wrestling. Derby today is a lot different, you do get hit and hit people but there are also a lot of rules."

Normally a "jammer" or "pivot", Burrows is a versatile player. During the ranking phase of the roller derby world cup on Thursday each of the competing teams will play 30-minute bouts then 60-minute bouts on Friday. Back at home in Hollister her husband of 22 years, Brad and five kids ranging in age from 4-21 will be watching and so can you. A live broadcast of all the action in Manchester can be streamed online at www.rollerderbyworldcup.com. A fee is required to watch. Or just to see what we're talking about, go to the Faultline Devilz facebook page and watch a video of them in action for free.