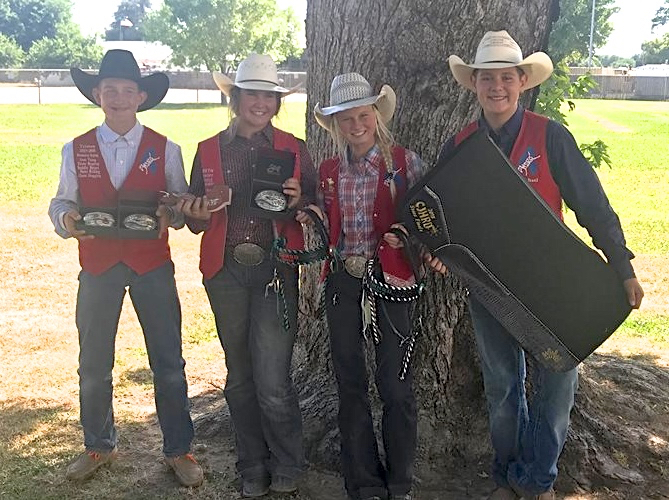 Four local teens are bringing San Benito County to the national stage June 24 to June 30, when they compete in the 2018 National Junior High Finals Rodeo in Huron, South Dakota.

Leading the field will be rookie Tristan Schmidt, who earned the boys' reserve and rookie all around at the California Junior High Rodeo State Finals. He was also the state champion in the saddle bronc steer riding. The now-incoming freshman will compete in the saddle-bronc steer riding and team roping, as a heeler.

“I feel excited to represent California and San Benito County at nationals," Schmidt said. “I look forward to winning on a national level.”

“I would like to thank my sister Emilee for letting me use her old barrel horse, Paycheck, to rope off of,” Hitchcock said. “This is going to be his second time to nationals in the team roping.”

Trista Reid will advance to nationals in girls' goat tying. A third-year member of the California Junior High Rodeo Association, she said she is blessed to represent California in goat tying on her horse Jazzy.

“I'm very thankful for my parents that have supported me throughout my journey,” Reid said.

“This is my first year qualifying to nationals I look forward to meeting news friends and hopefully bringing home that championship buckle,” Curto said.

Live broadcasts of the National Junior High Finals Rodeo performances will air on www.ridepass.com. To follow your local favorites at nationals, visit www.nhsra.com for complete results.