Calaveras School fifth-grader, HDLA sixth-grader were among 57 students from 29 counties who participated in the state championship 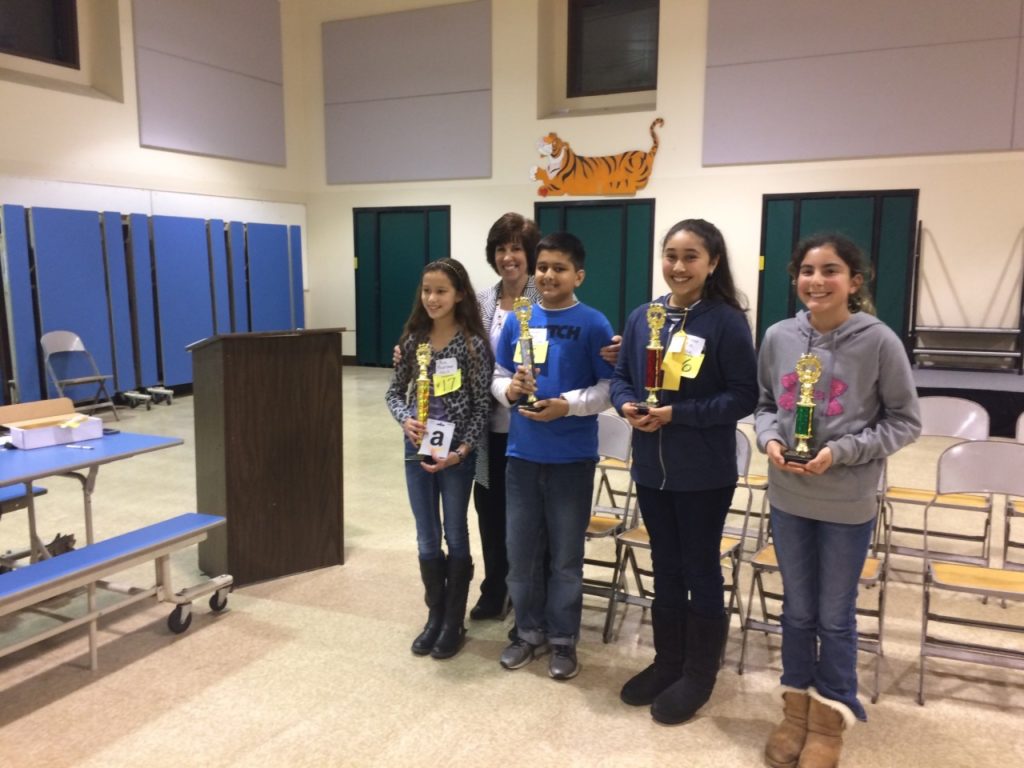 Cerra Vista School fifth-grader Rasmeet Brar, the runner-up in the San Benito County Office of Education's elementary spelling bee in February, and sixth-grader and county spelling bee champ Ava Thatcher of the Hollister Dual Language Academy, competed at the California State Elementary Spelling Bee on Saturday, May 13. They competed against 57 fourth- through sixth-grade students from 29 counties in California who had been certified as county champions or runners-up by their county superintendents of schools.

Thatcher made it through three rounds and Brar competed until the seventh round.

About 300 people gathered for the bee, hosted by San Joaquin County Office of Education for the seventh consecutive year.

After 16 rounds, Ananya Vinay, a 12-year-old sixth-grader from Fresno County, was named the 2017 California State Spelling Bee Champion. Her winning word was “dipsomaniac.” (Definition: one affected with an uncontrollable, often periodic, craving for alcoholic liquors.)  This is Ananya’s third state championship. She won the title in both 2015 and 2016.

The 2017 California State Elementary Spelling Bee was sponsored by Teachers College of San Joaquin. All participants received a Kindle Fire inside a spelling bee backpack, and Ananya was awarded an iPad. For more information about Teachers College, visit teacherscollegesj.edu.