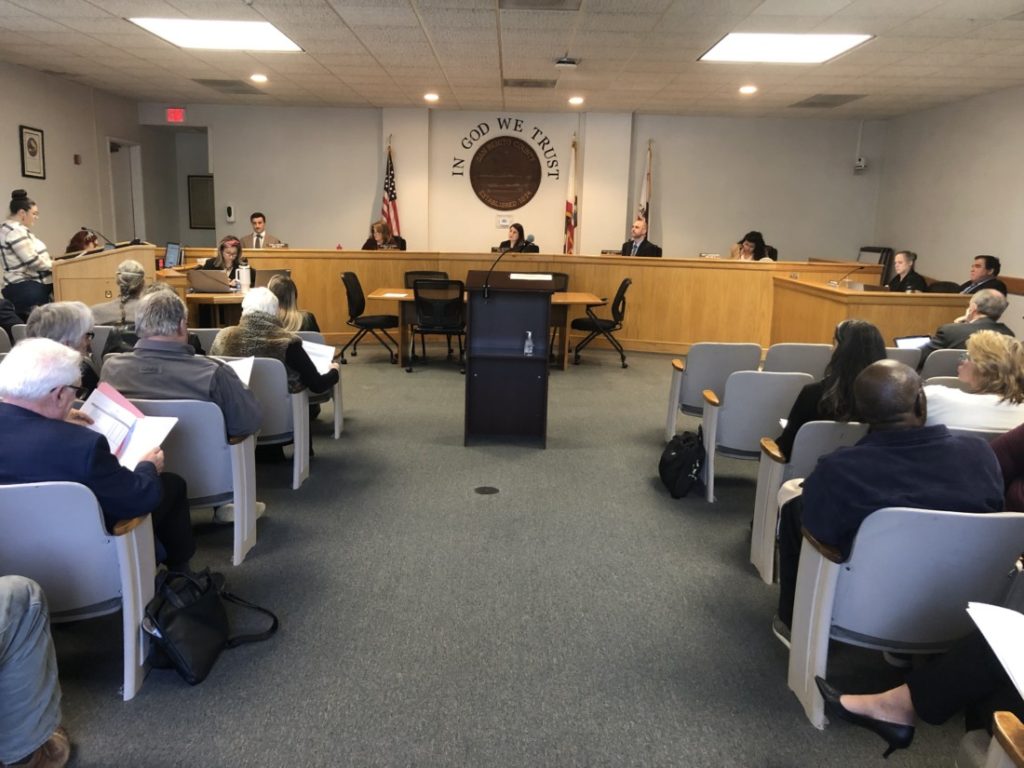 For the first time in history, women make up the majority of the San Benito County Board of Supervisors. Photo by John Chadwell. 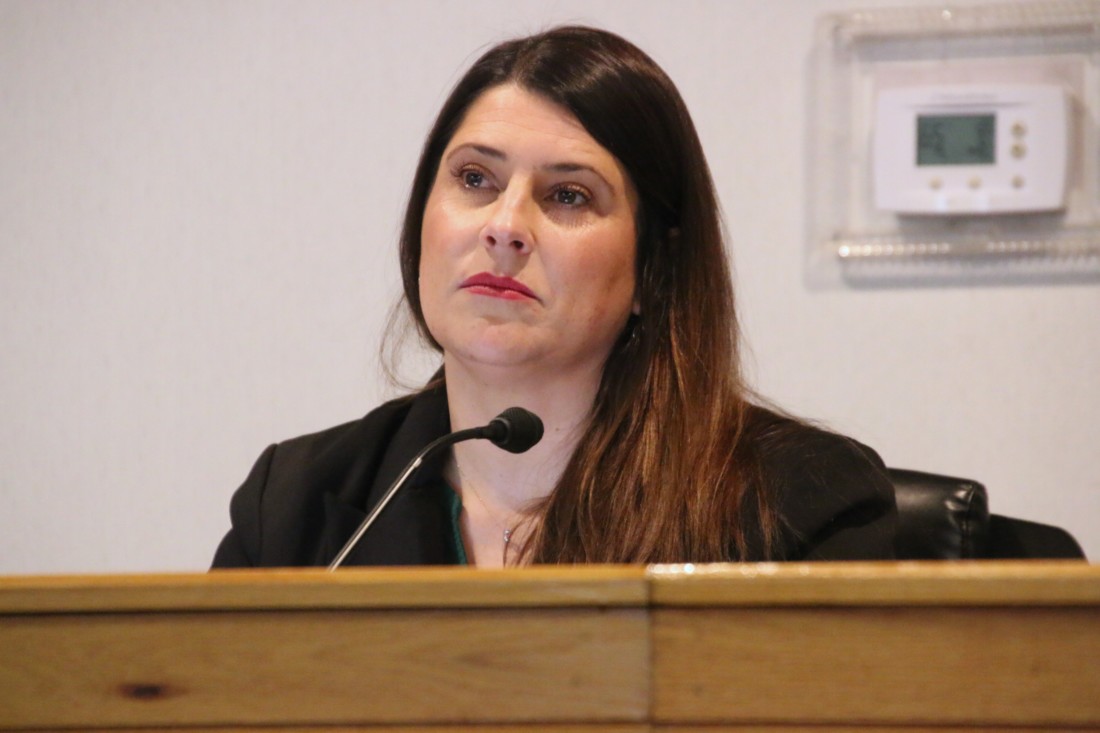 Mindy Sotelo was voted to be chair of the board, a move she described as a celebration. Photo by John Chadwell. 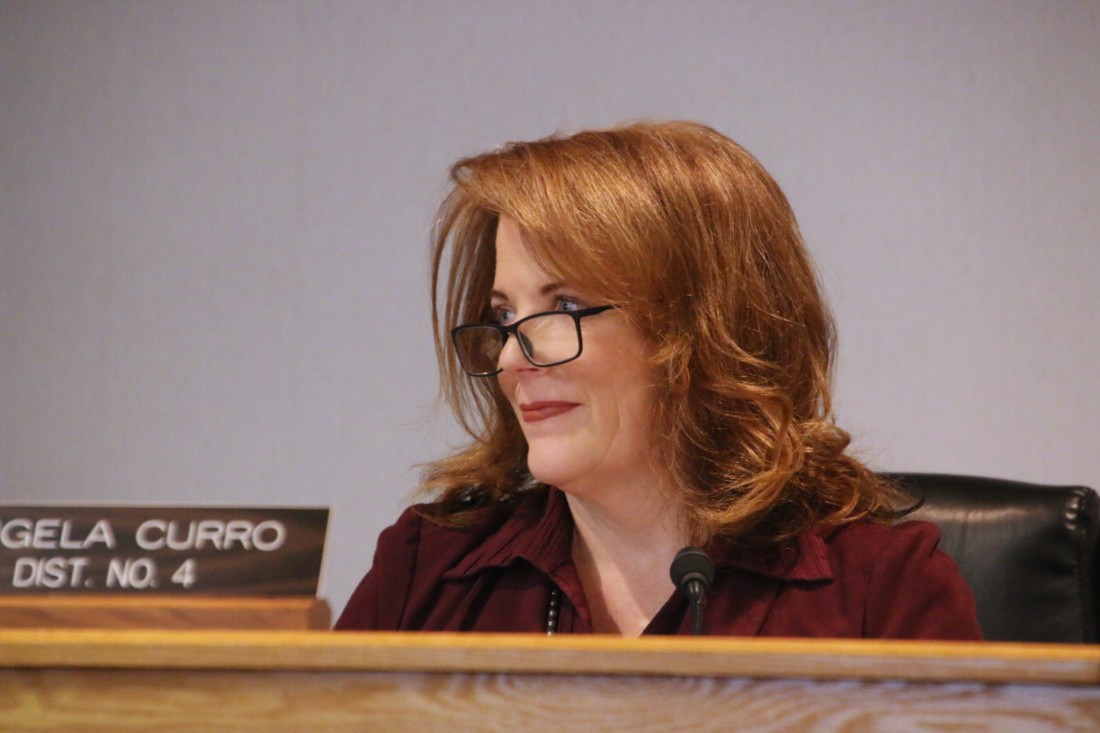 Supervisor Angela Curro said her mother encouraged her and said there was nothing a girl couldn't do. Photo by John Chadwell. 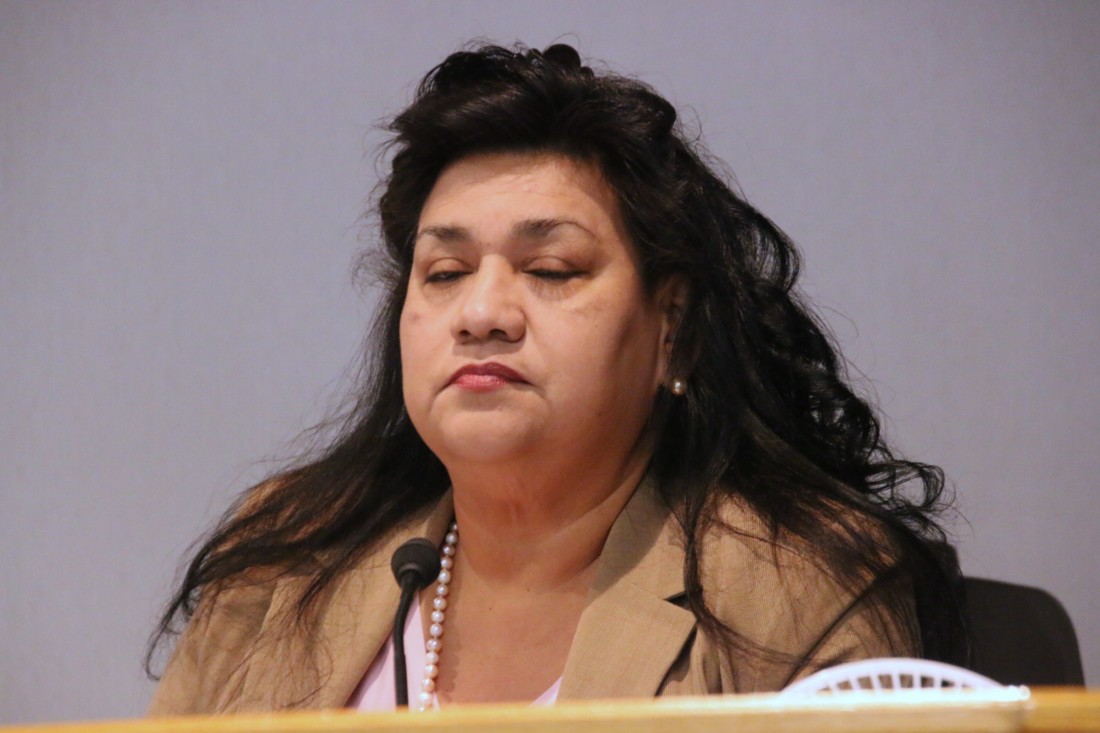 Supervisor Bea Gonzalez said she had spoken to Mindy Sotelo several months ago about becoming the chair of the board. Photo by John Chadwell. 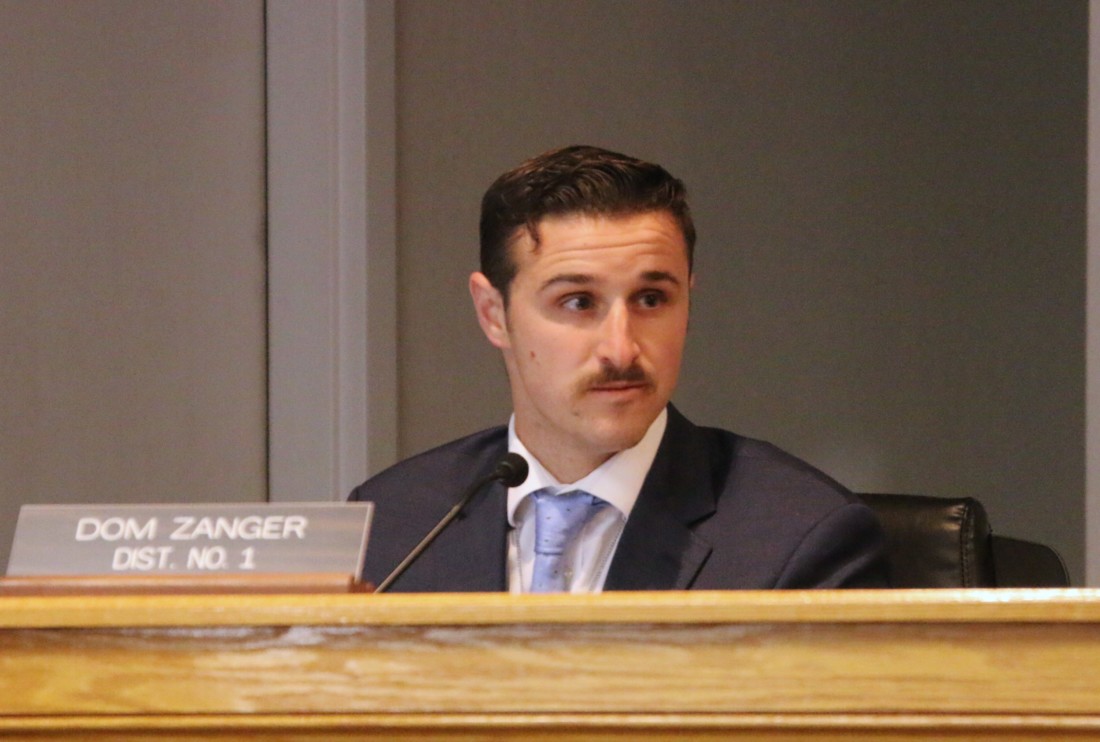 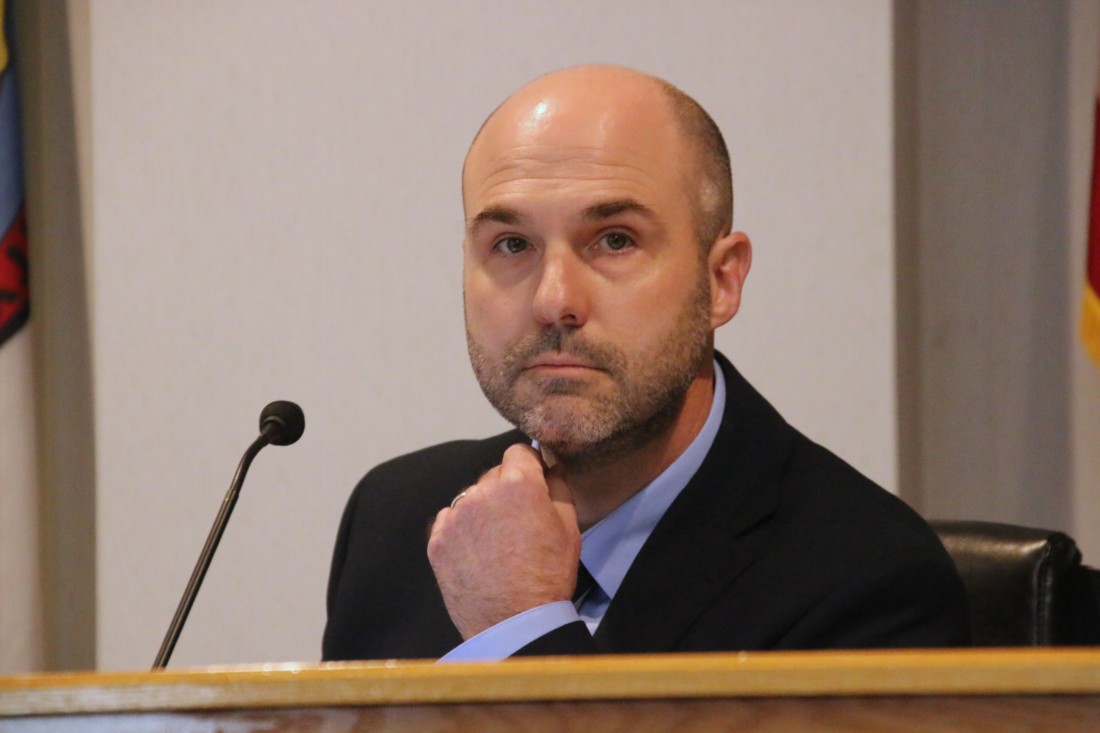 Supervisor Kollin Kosmicki second the motion for himself to be chair of the board but did not get a third vote. Photo by John Chadwell.
×

The vote was untraditionally smooth when it came time for the newly configured San Benito County Board of Supervisors to elect their next chair and vice chair.

It wasn’t exactly a secret how Supervisor Bea Gonzales intended to vote as she had told BenitoLink earlier, “Kollin [Kosmicki] thinks he’s going to be the next chair but I’m telling you it’s going to be Mindy Sotelo.”

BenitoLink asked the supervisors if any had spoken to others about their voting strategy prior to the meeting. Only Gonzales responded that she is aware of the provisions of the Brown Act and had only talked to Sotelo months ago.

Officials who are elected but not yet sworn in are bound by the Brown Act (54952.1), a law intended to make the government transparent in its decision making. The law prohibits the majority of officials from discussing, directly or indirectly, an issue or decision outside of public meetings, including a member “who has not yet assumed the duties of office.”

At the Jan. 17 meeting, Kosmicki, who was still vice chair, for the time being, had not even finished asking if there were any nominations for chair when Supervisor Dom Zanger blurted out his nomination for Kosmicki. As the three women sat stone-faced, Kosmicki asked for a second. When no one offered one, he made a second for his own nomination. The roll-call resulted in a three-two vote against his nomination.

During the roll-call vote, the county clerk Vanessa Delagado asked Zanger and Kosmicki for their votes first. Both said no.

With the united front of female votes, Sotelo became the new chair. Then Gonzales immediately motioned to elect Curro as vice chair. Sotelo seconded the nomination and another roll-call vote resulted in Curro becoming vice chair with the same 3-2 decision.

Ultimately, the two men voted for Kosmicki and against Sotelo and Curro.

The women didn’t exactly gloat, but they made it clear things had changed after several years of male-dominated boards.

Sotelo wanted to recognize and honor the women who sat on the board over the years who she called “trailblazers.”

“We had Supervisor Ruth Kessler, Supervisor Rita Bowling, Supervisor Pat Loe, Supervisor Margie Barrios, Supervisor Bea Gonzales, and Supervisor Betsy Dirks,” Sotelo said. “It’s not just that we’re women. It is because we are women and I’m really excited to see the majority of women on this board and how we all can work together.”

Then she added, “Supervisors Kosmicki and Zanger, I am equally grateful for you and really excited to work with you. Today is a celebration but also the real work of governing and setting policy begins. It is my goal to restore the very rich tradition that we all know is the County of San Benito.”

To drive the point home, resident Elia Salinas said during public comments: “I am very excited for the first time in history that the majority of the board is female. The fact that women can empower themselves and can work with everybody. I think the leadership of the world should be females. We would probably have less problems and mother nature would be kind to us.”