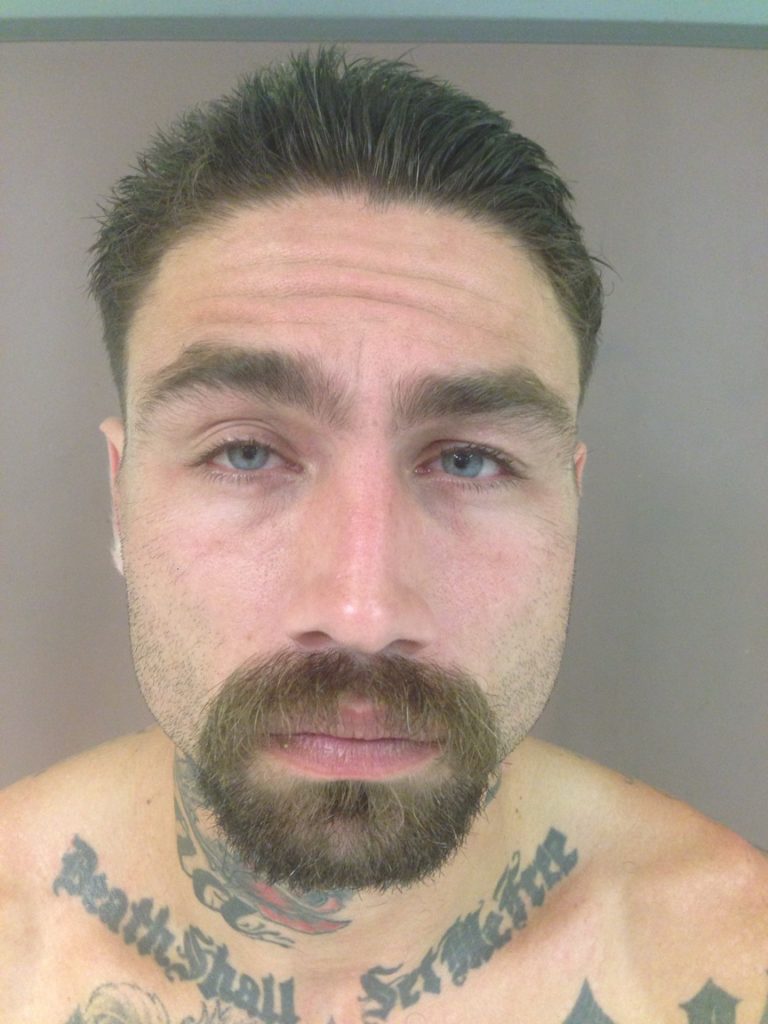 Just before midnight on Wednesday, Nov. 30, the Hollister Police Department pursued and arrested Felix Casillas, 34, after he allegedly attempted to run over officers.

The HPD had been in the area of Briggs Alley and College Street investigating an alleged auto theft chop shop when a subject, later identified as Casillas, drove toward the scene and stopped his vehicle, police said in a press release. They say he got out of his vehicle and began yelling at one of the officers. Once he realized he was yelling at a police officer, Casillas got back into his vehicle and accelerated toward the officer, the report says. Other officers had entered the alley and were ordering Casillas to stop but he continued to accelerate toward them. The officers were able to get out of the way but not before one officer received a minor injury from the passing vehicle.

HPD and CHP officers pursued Casillas, who quickly pulled over and ran from the vehicle. He ran a short distance before he gave up and was arrested without further incident. Police say they recovered a loaded Tech 9 automatic pistol that the driver had dropped as he ran.

Casillas was booked into the San Benito County Jail for various charges that included assault with deadly weapon, felon in possession of a firearm and possession of controlled substance while armed.

Anyone with information regarding these investigations is requested to contact the Hollister Police Department at 636-4331. Persons wishing to remain anonymous may call WeTip at (800) 78-CRIME. Information provided to WeTip may qualify for a reward.