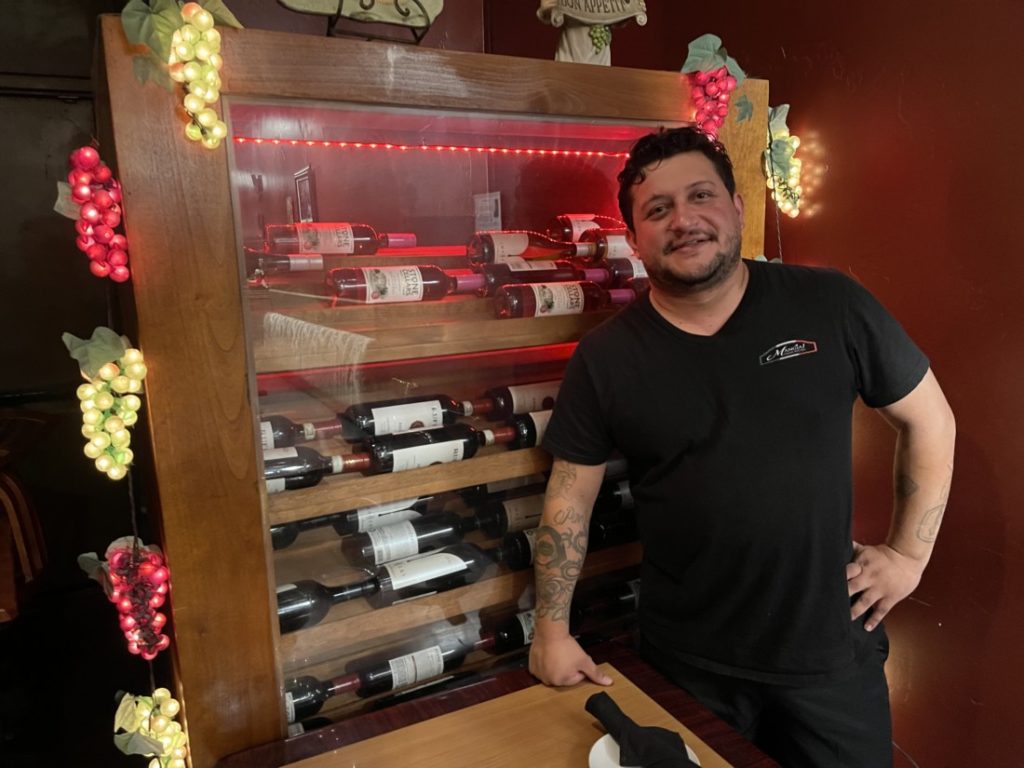 Editor’s note: A week after announcing the closure of Mangia Italian Kitchen, owner Raul Escareno said the restaurant will not close after all. He told BenitoLink “it was a last minute thing.” The original article about the closure remains unedited.

In a surprise live Facebook announcement on Nov. 9, owner Raul Escareno told the public he would be closing Mangia Italian Kitchen at the end of the year, saying “financially, we cannot make it.” The restaurant, located at 1709 Airline Highway in Hollister, will end its six-year run on Dec. 31.

Despite the circumstances, Escareno told BenitoLink he will be taking years of happy memories with him when he closes.

“What I treasured about Mangia is how everybody came in as family,” he said. “‘Mangia’ means ‘eat’  and when you eat like family, you are having a great time. I used to take pictures of people when we were running with a full house and post them on Facebook to show people and tell them ‘it’s cracking here, the food is this good.’”

The problems of operating in the COVID era, such as supply shortages and fewer walk-in customers, have been complicated by rampant inflation in the industry.

“The price of everything keeps going up,” Escareno said. “Unfortunately, even though we have a good following, it is just not enough to make ends meet. It is a mutual decision my wife and I made.”

The location of the restaurant, according to Escareno, was not ideal in the first place.

“The shopping center was cool, but it was not what I had in mind for the business,” he said. “There’s no patio, we are next to a liquor store with people smoking outside, there are always homeless people there, and we have to deal with the McDonald’s there and the drive-through lines.”

But Escareno has not completely closed the book on the restaurants, as he plans to revive it someday.

“The good news for us is that the new owners will not be keeping the Mangia name or menu,” said Escareno. “So I hope Mangia’s will be back and we can give it more respect. This is not a ‘goodbye,’ it is more of a ‘see you later.’ If things go according to plan, we might come back as a food truck or as a restaurant, but for the time being, we are just going to focus on the Baler Bar.”

The Baler Bar is now under construction at 500 San Benito St. Escareno filed for the last round of permits a week ago and expects to get them in about a week.

“Once the permits are approved, we will have about two weeks of remodeling,” he said. “If things go well, we should be open in early January. Now that the last permits are submitted, I can say it is January for sure.”

The same economics that forced Mangia’s closure has had an impact on the new restaurant.

“We are changing the whole Baler concept from being a steakhouse,” Escareno said. “The margin on beef has gone up 12% or 13% so our steak customers would have to come in three or four times a week just to keep the place going. We are going to still have steaks, like my favorite, Beef Wellington, but are now going to focus on the place as being more of a bistro with craft cocktails and a kick-ass menu.”

“My goal is to bring a restaurant like Ladera in Morgan Hill to Hollister,” Escareno said. “I want to have that kind of atmosphere and that kind of ambiance.”

Leaving Mangia behind, even temporarily, is difficult for Escareno.