Residents voiced their concerns to city planning commission about noise, water, sewage, traffic, and land use at proposed venue, but some said the city should keep an open mind to the project 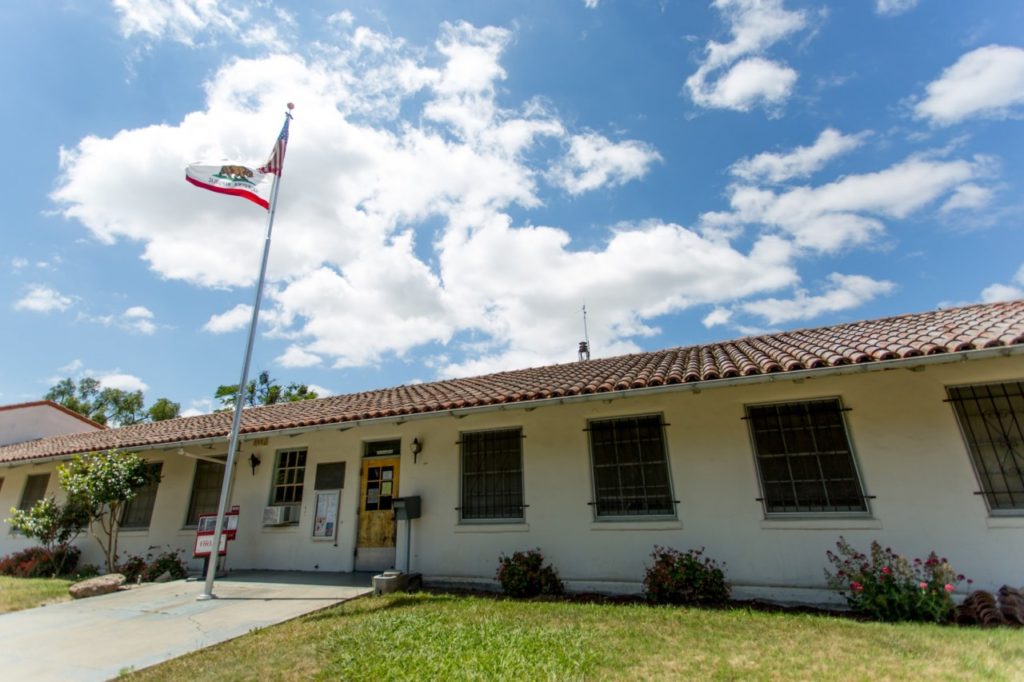 With city hall at maximum capacity, some having to listen in to the meeting from the outside windows, the San Juan Bautista Planning Commission on Aug. 1 heard strong opposition from community members about the proposed Formula One racetrack project.

While no formal application has been submitted, the project includes a 550-acre Formula One raceway, vehicle technology testing facilities, convention center, luxury hotel and condominiums across Highway 156 near Lausen Drive. The property would stretch from Rancho Larios to the city’s reservoir.

Proposed by WY2M Inc., out of Los Gatos, the project, they say, is designed to support the community through the founding of a community charity. A percentage of each year's profits would be allocated to the charity fund, which would provide opportunities for local youths to apply and receive funds to support travel throughout the world, focusing on aiding and educating other children.

“I received a packet of information from the county of San Benito Resource Management Agency a couple weeks ago regarding this proposal that they had received and discussed at their interagency review committee on June 15 and in that letter … they stated a set of concerns they have with the project in terms of possible impacts on the city of San Juan Bautista. So, what they recommended was that the applicant come to us to have us weigh in on the project,” he said.

Neither WY2M president William Yao nor anyone representing the development were present at Tuesday's meeting.

The conversation was quickly turned over to the public, many of whom voiced their strong opposition for the project, sharing concerns over land use, noise, traffic, safety, water and sewer systems.

Retired teacher Jim Ostdick was the first to speak. “I strongly oppose this project for all the completely obvious reasons," he said. "The enormous carbon footprint it would cause on our county. The noise and the traffic and the impact on the water and sewer. So to me, those are no-brainers.”

He added that if the piece of property was to be developed either way he would like to see it include a “vocational technology center.” “My preference would be that it stayed agricultural, just like it is, but I could see a great benefit long-term to our community if we were training nurses, if we were training automotive mechanics, computer scientists, etc., instead of going around in circles. Vroom, vroom, vroom,” he said.

Former councilwoman Joleen Cosio said that as member of the Strategic Planning Committee and the subcommittee for land use, agriculture, and environment, she believes the project goes against the city’s General Plan.

“All members of the committee agreed that the proposal likely does not fit in with the city of San Juan Bautista or the county of San Benito and is nearly all zoned agriculture,” she said.

Resident Mike Swearingen said while he hasn't lived in San Juan Bautista for very long, “this racetrack would completely oppose all those reasons we thought this was a great place to live.”

Photographer Amy Covington, who lives less than a mile away from where the proposed racetrack would be built, said, “The noise level alone is going to be, I can’t even imagine. When the Larios Ranch (Rancho Larios) has a little bit of a party, we can hear it as if it were in our back yard,” she said. “Heaven forbid somebody is having a funeral in the cemetery and they can’t even bury their loved one in peace because you have this venue going on across the street with race cars racing around.”

She added, “On top of that, we live right by the San Andreas Fault. We don’t have a huge emergency service group. If you have 250,000 people, which is what they’re proposing to put into a venue, what if something goes wrong? There is not enough resources."

Resident Mandisa Snodey said she was opposed to the project because, “we don't know how it will impact our local economy, how it will impact our traffic. I don't see the benefit to the city of the San Juan Bautista. I don't see the benefit to the county of San Benito. I see a lot about where maybe the property owner will privately make some money or the person going in there is going to create a business that they’re going to make a lot of money off of."

Resident Richard Larios said he was opposed to the project because of his ancestral history that was tied to the land. “it’s crazy to put a racetrack there. That’s my ancestor land, I don't own it but it’s right there by the cemetery where my family is,” he said.

San Juan resident Emily Renzel said, “I hope you will respond to the county with a letter from San Juan Bautista strongly urging them to reject the proposal outlining all of the problems it would create for our town and for the county. It’s clear that this project would totally overwhelm our ability to provide essential property related services. I did a rough, but conservative, calculation of water and sewage needs and this one project would use one-and-a-half sewer capacity of our current water use. It simply won't work."

A resident who introduced herself as Maria shared her experience growing up in Spreckels and being able to hear the races going on in Laguna Seca, along Highway 68 between Monterey and Salinas.

“In my opinion, as District 2 supervisor, we just got done with a county General Plan revision just a couple of years ago. One of our great concerns was to maintain the rural character as the entrance into this historic center of our county. This is contrary to the county’s General Plan. I certainly have a lot of concerns, the same concerns that have been expressed by a lot of the speakers this evening. It’s too big of a project. It’s in the wrong location, in the city of San Juan. I just can not see how they can service an enterprise like this,” he said. “When you get down to sewer and water, one of the things we have to keep in mind is our zones with our water. I don't know these applicants know anything about the zones and that’s going to come out and that’s going to kill the project right now. For the record, I am absolutely against this project in this location."

Morris and Snodey started an online petition against the development. Snodey said the petition had about 52 signatures before the start of the meeting. It had 119 of the 1,000 sought by the time this story was published Thursday.

Not all members of the audience were strongly opposed to the thought of a racetrack. Instead, they suggested the committee keep a sense of open-mindedness.

“Change is something that people are always and rightfully should be skeptical and questioning of," he said. "I think people should also take a look at this as an opportunity for San Juan Bautista. I would suggest at looking at it as an opportunity — an opportunity to address your water systems, your sewage systems. I would hope that the city would ask the developer to ask for a percentage of affordable housing. This is an opportunity where you can leverage these things. If someone really wants to come here and spend that kind of money why not lever them to be able to do the things that the city needs, the city wants, which includes preserving the historical aspects of the town."

San Benito County resident Elia Salinas said, “ I’d just like to ask the planning commission to keep an open mind. I think the property owner should be able to create any business. This is just the beginning process. One of the things that really is more important than anything is if I have property and I can pass through the LAFCO (Local Agency Formation Commission), COG (Council of San Benito County Governments), EIRs (environmental impact reports), and all that I should be able to create a business that I believe would be an economic opportunity not just to myself but to the community and the city as well.”

Community member Kevin Knox said,  “I think you should keep an open mind. Hear what they have to say. Let them throw the paperwork at you, take a look at it and if it works out then we all can come back and talk about it again a little bit more.”

After public comment, Commission Chair John Hopper reminded the public that no formal application had been submitted, adding, “Anybody who thinks a project of this size is going to just come into the city and get some sort of rubber stamp, that’s not going to happen. A project like this would have to go though that formal process of being approved by LAFCO, formal EIRs. I mean, the approval for something like this could take a couple years.”

Commissioner Andy Moore said he was disappointed that the developer didn't show up and said it was to early to make any sort of decision. He went on to say that he is looking for a business to anchor the city. “I’m looking for a driver, an anchor to the city to support the police for the community. We have minimal protection; there’s a lot of pros and cons.”

Vice Chair Darlene Boyd cited the many ways the project went against the General Plan, noting, “I just don't see the infrastructure here for that and I see a lot of impediments and I’m just trying to go with what the General Plan states that our citizens want for this area.”

Hopper continued the conversation saying, “First of all, I want to address this open-mindedness and I think we all have to do that, particularly in our positions representing you. I think the things that I heard about being open mined to possibly improving or adding to our ability to process sewer, water, police services, fire services, what have you, all of those would have to be evaluated at the time of actual application and I’d like to say that they’re kind of pie in the sky at this point.”

“I am hard-pressed to believe how a project like that can save us,” he later added.

The planning commission directed city staff to respond to the developer's letter voicing the concerns of the city, county, residents and all applicable agencies, including LAFCO and COG.