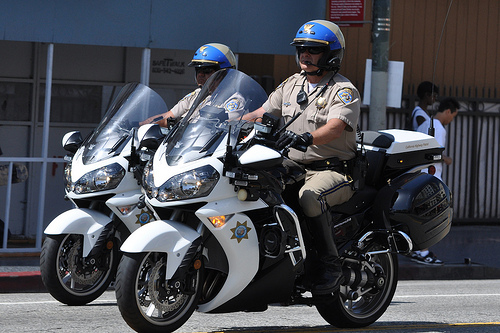 The California Highway Patrol is asking everyone to drive safely over the Labor Day weekend. For many, this weekend marks the final days of summer, and people across the Bay Area come together to celebrate. Unfortunately, the CHP said in a press release, many families have been touched by tragedy as traffic fatalities have climbed since last year. So far, 2015 has been one of the deadliest in recent years for Bay Area roadways. Within CHP jurisdiction alone, there have been 120 fatal collisions, which is a 20 percent increase over the same time period last year.

In an effort to maintain safety on roads, the CHP will be out in force over the Labor Day weekend as part of its Maximum Enforcement Period (MEP), which runs from 6:01 p.m. Friday, Sept. 4, to 11:59 p.m. Monday, Sept. 7. During this time, all available CHP officers will be on duty to detect impaired drivers and to assist motorists in need. Research from the National Highway Traffic Safety Administration shows that high-visibility enforcement can reduce drunk driving fatalities by as much as 20 percent.

During the Labor Day holiday last year, 27 people were killed in traffic collisions across California, with three killed in the Bay Area. Of those 27 people, nearly half were not wearing seatbelts when they were killed.

“Even one person killed is too many,” said Chief Paul Fontana of Golden Gate Division. “Help us make the Bay Area a safe place to drive by slowing down, wearing your seat belt, putting down the phone, and never driving while under the influence of alcohol or drugs.”

Last year, CHP officers made more than 1,100 arrests for driving under the influence statewide, and over 166 in the Bay Area alone. If you see a suspected impaired driver, call 9-1-1 if it is safe to do so. Be prepared to assist the dispatcher by providing your location, a description of the vehicle, the license plate number, and the vehicle’s direction of travel. Your phone call could save a life!

“Drunk driving is one of the most serious traffic-related issues we face today,” CHP Commissioner Joe Farrow said. “Make sure your plans for your end-of-summer celebrations always include a safe way to get home for yourself and your passengers. If you are caught driving drunk, you will be arrested.”