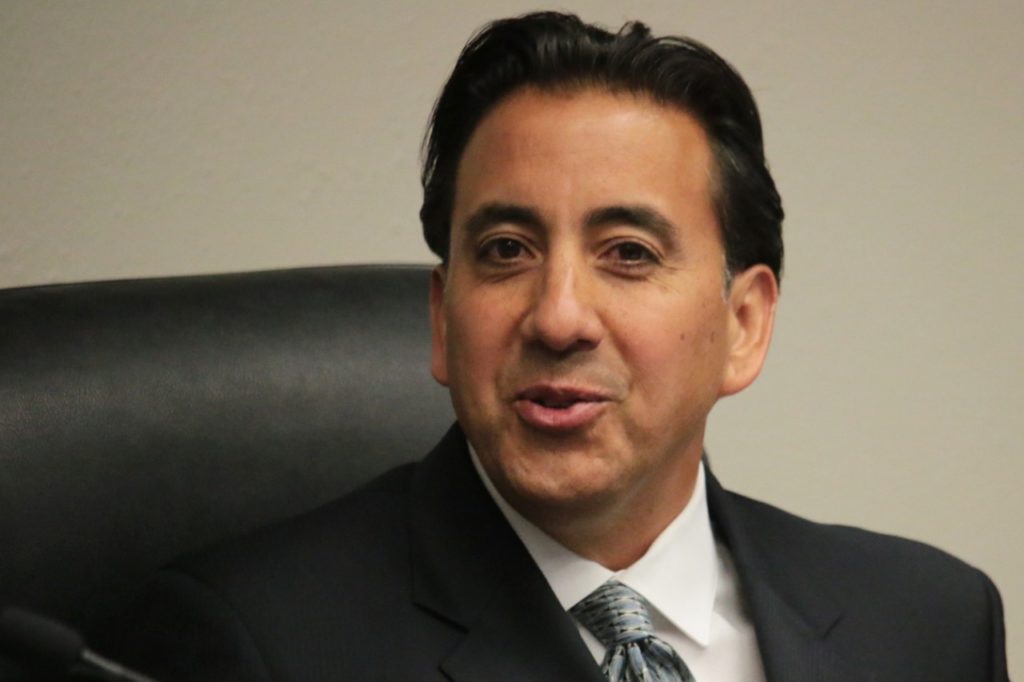 On July 22, someone anonymously posted on the Inside Hollister Politics Facebook page that Mayor Ignacio Velazquez was under investigation by the Fair Political Practices Commission (FPPC) for ethics violations. When BenitoLink contacted Velazquez about the accusation, he said he wouldn’t be surprised if it were true because it’s happened before, and he believes it’s being done by city council members and private citizens who are angered by his opposition to develop the 400 Block, on the corner of San Benito and Fourth streets.

It turns out the mayor's council colleague, Ray Friend, requested the investigation.

On May 6, Friend requested that the FPPC investigate his claim that Velazquez had demonstrated an act of conflict of interest. In his complaint to FPPC, Friend wrote that he was a city council member and that there was a project involving an empty lot downtown — referring to the 400 Block. He explained that the mayor owns one building next to the project and another building 100 feet away from it. Friend wrote that as the agenda item was being published, Velazquez went on his Facebook page to announce his opposition to the project and asked the public to sign a petition against it. Then on the night of the vote, Velazquez recused himself from discussion, but went into the lobby of City Hall to, “…talk to his people and guide them on the subject," the complaint stated. "After the vote, he again went on Facebook and e-mail to let everyone know how disappointed he was on the outcome and (he) wanted to start a ballot initiative to change the vote and overrule the council’s vote.”

That would seem to have settled the matter, but for whatever reason not made clear by FPPC spokesman, Jay Wierenga, the commission decided to open what it calls a “pro-active investigation” into the matter. On May 20, FPPC sent a letter to Velazquez informing him that he was being investigated and that it had not yet made any determination on the matter.

There is no standard length of time for an investigation to be completed, according to FPPC’s website, which notes that the Enforcement Division makes every attempt to conduct investigations in a thorough, yet timely manner. On average, though, 90 percent of the cases are completed (investigation to resolution) within a year.

If the investigation proves Velazquez committed the violation, the case would go to the five-member commission to determine the penalty, which could be an administrative fine of up to as much as $5,000. Wierenga wrote in an email that the investigation could possibly result only in a warning letter being sent to the mayor if he had taken action to comply with the Act, or correct the situation.

“The full commission does not have to act or vote,” Wierenga wrote. “The Chief of Enforcement has discretion and the warning letter is just that, no fine. Warning letters are also posted on our website a few weeks after they are issued.”

Velazquez confirmed that he knew of the original investigation and said it was all about the fight over the possible development of the 400 Block, which the council unanimously voted to sell for development. He said council members Friend and Mickie Luna were behind the initial complaint. He said he does not know who filed a second complaint. Wierenga, though, confirmed that there is no new complaint from any individual and that its pro-active investigation is the only action being taken at present.

“It’s somebody trying to get me to stop speaking out publicly about the 400 Block,” Velazquez said. “I’ve said it many times, an individual has the right to speak, and I will continue to speak. I can’t do anything as mayor, that’s clear. There are several people who think I shouldn’t speak on it and they want to have their way, and they see me as a problem toward their goal of building condos on the 400 Block. My view as an individual is that this is a horrible idea.”

Velazquez maintained that even though people continue to try to silence him through intimidation, no person or no agency has the power to do so because of his First Amendment rights.

Bill Avera, city manager, said state law requires that city council and other city employees go through ethics training every couple years and that it’s a good thing that everyone do the right thing because “…once you don’t have the trust of the community, we have nothing.”

Avera said he doesn’t believe it harms the council or the city if there are investigations into public officials.

“I happens all the time with our commissioners, our council members, and that’s why we have a city attorney, who gets those kinds of questions on a monthly basis,” he said. “That helps us maintain credibility.”

Avera said he hopes city government is on the right path regarding credibility.

“If you go back in time, you would hear about the good-old boys’ network, and I just don’t think we have that anymore,” he said. “Part of that is because we do make sure that they’re following the rules correctly. When the mayor makes a decision to recuse himself because of a perceived conflict of interest on a decision that’s going to be made and then comes out and says some disparaging things toward other council members, of course that’s going to make some of them angry.”

Avera said he is aware that some in the community remain upset about the decision to develop the 400 Block, but even though the mayor recused himself, the rest of the council took action on the project and they are not going to change their minds.

“There may be some in the community who aren’t happy about it, but sometimes you win and sometimes you lose,” he said. “It’s still a 4 to 1 vote.”

The city manager said that over the years, he’s seen a lot worse than what is going on now.

“I’ve seen councils who really didn’t like each other,” Avera said. “Here, I think it’s just a difference of opinion on some things, and that’s the way it’s supposed to work.”

Council members Friend and Luna declined to comment while the FPPC investigation was being conducted.