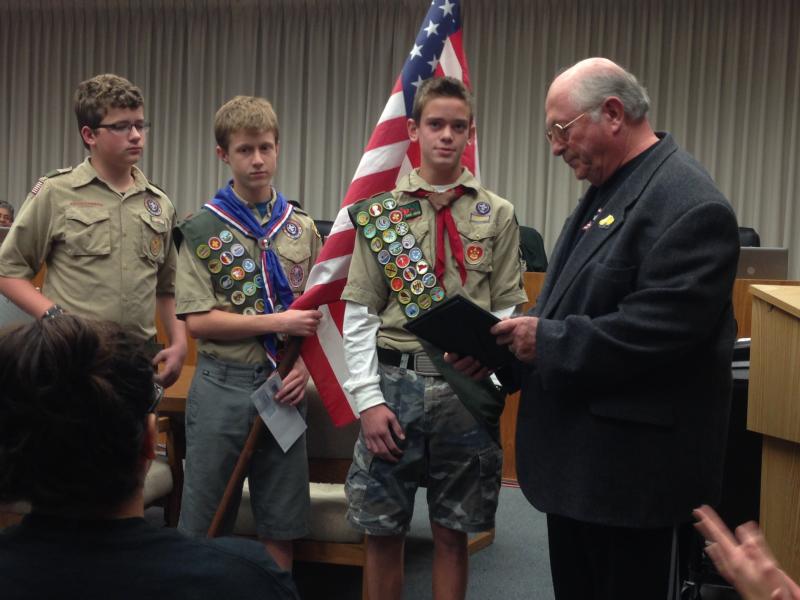 Mike Corbin, inventor and owner of Corbin Motrocycle Seats and Accessories, and a major supporter of the Independence Day Motorcycle Rally in Hollister, presented the Boy Scouts who had created the Flag Display for the Rally $1000 to replace the flags which had gone missing during the Rally.