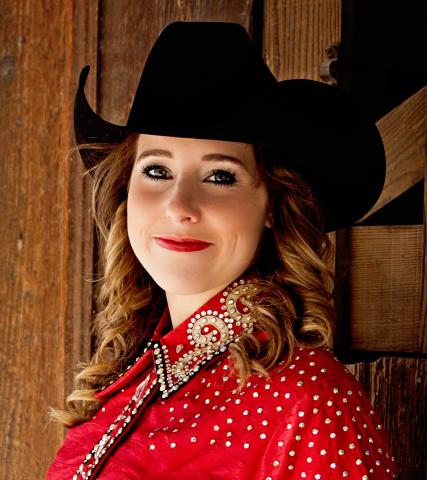 Only one will wear the crown.

A new Miss San Benito Rodeo will be chosen this weekend, as two contestants, Megan Ford and Valerie Costanza, vie for the honor of representing the San Benito Saddle Horse Association this year.

The contest will begin at 9 a.m. on Saturday morning, June 13, at the Bolado Park Fairgrounds. Only women between the ages of 17 and 21 were eligible to submit an application.

According to the Association’s website, contestants will be judged on their horsemanship, communication skills, appearance and poise, presentation and scholarship. The winner will receive sponsorship as Miss San Benito Rodeo at the California Rodeo in Salinas.

Ford, a Gavilan College student, said in her biography that she plans to transfer to California State University, Monterey Bay to pursue a bachelor’s degree in nursing. She has competed in the San Benito Rodeo since she was 4 years old.

Among Ford’s interests are animal rescue, snowboarding, and photography as well as spending time with her family and two dogs. In 2010, Ford was named District Four High School Rodeo Queen and has competed on the Feather River College Rodeo Team in all four events.

Costanza, according to her biography, has been an active participant in the San Benito County Saddle Horse Show for seven years and a member of the Future Farmers of America. She raises and shows goats at the fair. A proud Baler, Costanza played softball at San Benito High School as well.

The tradition of crowning a queen for the Saddle Horse Show and Rodeo began in 1939 when Jean Medeiros earned the title. The contest was interrupted during Work War II, and began again in 1991 when Saddle Horse and Rodeo President George Callens reintroduced the tradition. In 2014, Bailee Nelson served as queen.

According to the Association’s website, the competition, “gave the girls of the county a way to show off their horsemanship and personality.”

Other events held at the fairgrounds include the Memorial Ranch Rodeo, beginning at nine a.m. on June 20 as well as the Figure-8 Roping Eliminations at 8 a.m. on June 21. Admission to these events is free.

At 6:15 p.m. on June 25, Downtown Hollister will play host to the Saddle Horse Parade and Fiesta, presented by the San Benito County Chamber of Commerce and Visitor’s Bureau. Admission to the event is free.

Festivities will return to the Bolado Park Fairgrounds on June 26 with Class Eliminations at 8 a.m., the western art and tack show at 3 p.m. as well as a no-host wine and cheese reception at 5 p.m. Admission to these events is free.

The rodeo and horse show begins at 7 p.m. on June 26. Adult tickets are $7 and tickets for children 11 years old or younger are $4.