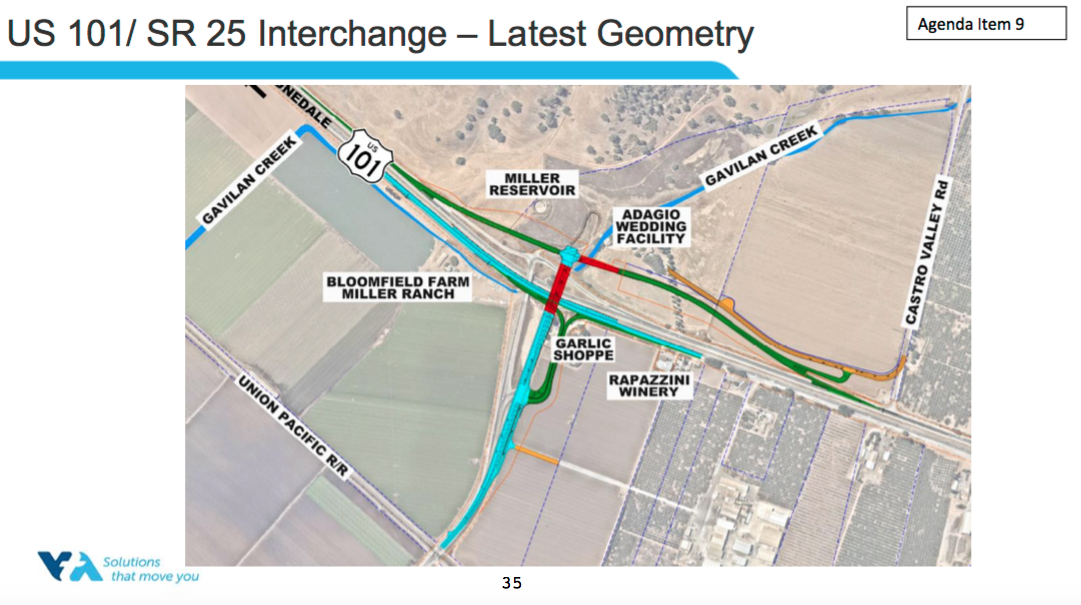 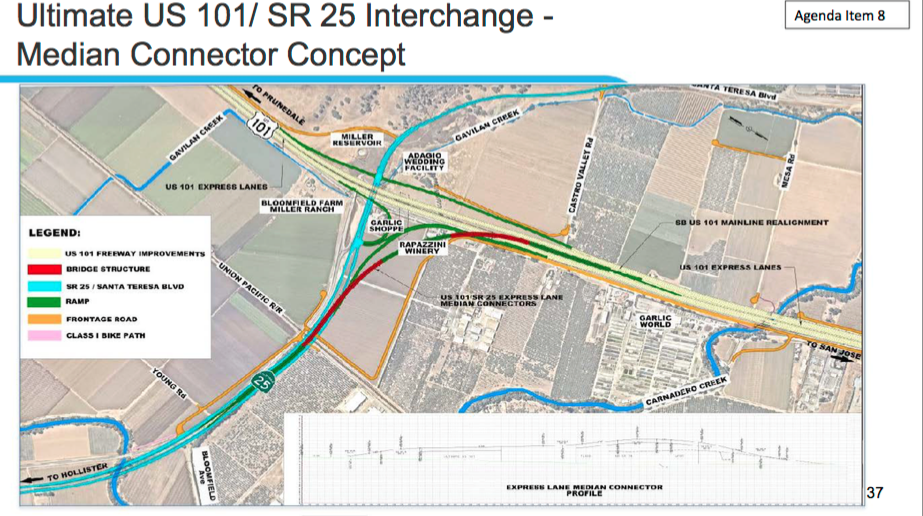 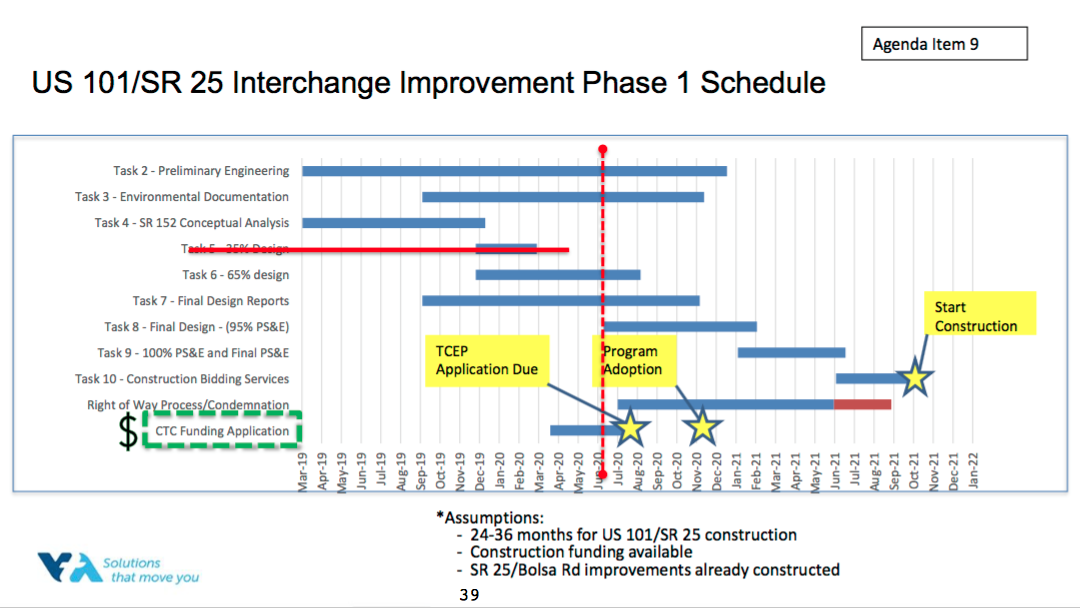 Interchange Improvement Phase One Schedule for the Highway 101/25 interchange. Image courtesy of VTA.
×

At the June 10 meeting of the Mobility Partnership Committee between the Santa Clara Valley Transportation Authority (VTA) and the Council of San Benito County Governments (COG), members unanimously approved evaluation criteria and other items related to plans for a new trade corridor that would use Highway 25 as a connector between Highways 101 and 152.

The project would eliminate Highway 152 as the main route for trucks and substitute it with one of four alignment options that connect to Highway 25 between the Llagas Creek on the Santa Clara County side, to east of Shore Road. The corridor aims to improve the movement of goods between the Central Valley and northern Central Coast regions, improve commuter routes between the Central Valley and employers in the San Francisco and Monterey Bay areas, and improve regional and recreational travel.

The evaluation criteria scoring system, with a total of 100 points, includes:

The goal with adopting the evaluation criteria is to narrow down the options for the environmental phase of the project.

At the meeting, VTA Chief Engineering and Program Delivery Officer Casey Emoto said Caltrans approved Alignment No. 1, closest to Santa Clara County, in a project study report, but three more alternative routes have been added since then.

Mobility Partnership members also approved items related to the purpose and needs of the new trade corridor project, which center on improving the transportation network between Santa Clara County, San Benito County and the Central Valley by reducing travel time and congestion, enhancing goods movement, and supporting economic development in the area.

According to Eileen Goodwin with Apex Strategies, common concerns with the new trade corridor included the impact on agricultural lands, skepticism over economic development benefits to the county, and traffic impact on Highway 25.

Mobility Partnership members also received an update on the status of the Highway 101/25 interchange project. Construction is estimated to begin in October 2021. The cost of Phase One is estimated at $97 million.

VTA Project Manager Karsten Adam said the design phase hit a snag while preparing the current draft, which connects Castro Valley Road in Gilroy to the Highway 101/25 interchange. The connection would technically put the majority of the interchange under the responsibility of Santa Clara County and not the state (Caltrans). Harry Freitas, director of Santa Clara County roads and airports, said his county’s board of supervisors would be highly unlikely to support it.

Freitas said that while the 101/25 interchange is an important connection because without it, traffic would be diverted to local neighborhoods, it would be difficult for county road workers to maintain the road safely as it’s a high-speed roadway.

“I don’t understand how my road maintenance workers could get on this ramp and actually perform traffic control safely in the middle of essentially a freeway interchange,” Freitas said. “It’s a practical concern that I have.”

Both Freitas and Emoto said Santa Clara County is working with Caltrans to find alternatives for the interchange, which could face further hurdles when it comes to issues such as environmental impacts.

One transportation project ready to be implemented is the Bolsa Road intersection pilot program on Highway 25. The six-month program includes preventing left turns from Bolsa Road onto Highway 25 on weekdays between 3-7 p.m.

Nick Saleh with Caltrans District 4 said the state transportation agency is in communication with property owners likely to be affected. He said the program would have little value at this time with the current traffic volume.

“There is nothing else holding us back other than to continue reaching out and coordinating with owners,” Saleh said.

Mobility Partnership member and Hollister Mayor Ignacio Velazquez said traffic is increasing rapidly and that the Bolsa Road pilot program should be implemented in the coming months. He asked what other short-term solutions Caltrans was working on for that intersection, which the state agency has designated a congestion point for Highway 25.

Saleh said the ultimate solution is an overpass or to eliminate that intersection entirely, but that Caltrans is working with Z-Best Composting and Santa Clara County to come up with an option that aligns with upcoming projects. 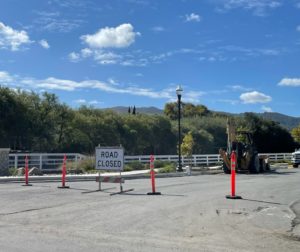 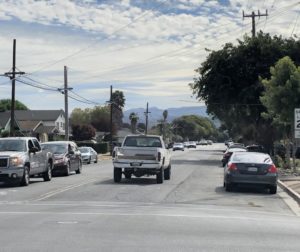 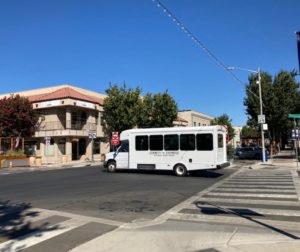 Hollister residents can use an app to schedule pick-ups.