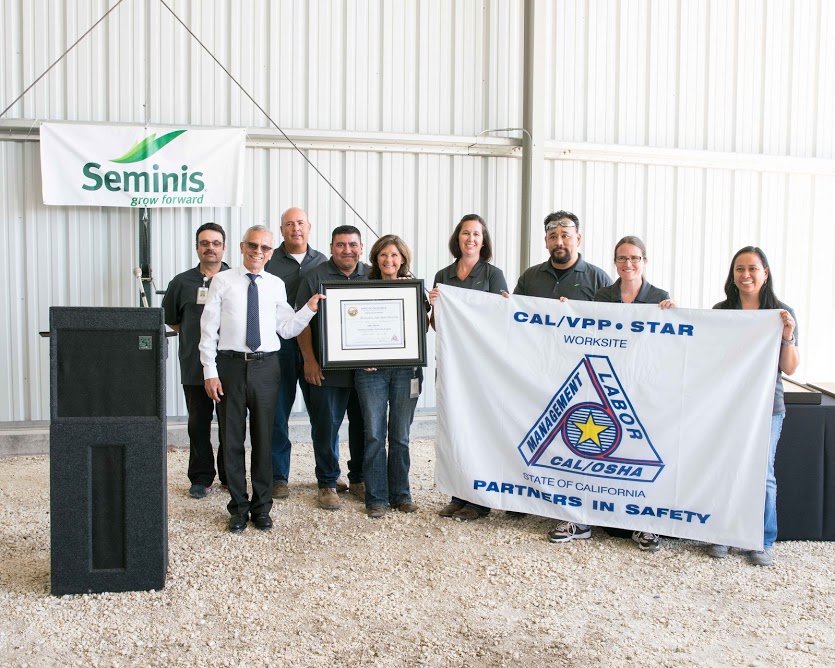 Editor's Note: This article was updated Aug. 11, 2018 with the outcome of the San Francisco trial.

According to CAL/VPP Program website, “VPP star status is given to worksites that demonstrate exemplary achievement in the prevention and control of occupational safety and health hazards, and the development, implementation and continuous improvement of their safety and health management system.”

“Monsanto is committed to implementing safety and it’s an honor to receive this award,” said Ken Mathias, a Monsanto North America environment, safety and health vegetable lead. “Safety is a value and it’s a value of life.”

“Gaining the VPP certification is an extremely rigorous and lengthy process that requires everyone to be thoroughly committed to safety in the workplace,” said Nancy Bergamini, Monsanto’s San Juan Bautista testing and operations manager. “I commend all of our employees for this exceptional achievement.”

VPP star status facilities are an elite group of 69 sites in California. The San Juan Bautista site is the first agricultural/seed facility in California and the first Monsanto vegetable site in North America to receive the award.

“It’s an honor to work with Monsanto and be here to celebrate their commitment to safety,” said Iraj Pourmehraban, CalOSHA area manager.

After staff and elected officials congratulated the San Juan Bautista site, they were treated to lunch provided by Louie’s Smokin’ Trails and a tour of the facility by Bergamini.

Seminis Inc. is a leading vegetable and fruit seed company, which was acquired by Monsanto in 2005. They supply more than 3,500 seed varieties to commercial fruit and vegetable growers, dealers, distributors, and wholesalers in more than 150 countries.

Monsanto was acquired by German pharmaceutical giant Bayer AG in June. Monsanto seed and other product brands (e.g. DEKALB, Asgrow, etc.) will retain their brand names and become part of the Bayer portfolio. While the company will be referred to as Bayer after corporate integration begins, the Monsanto legal entity structure will remain in place until a legal entity consolidation process can be completed. That process will take multiple years to complete.

Monsanto is also the creator of the popular herbicide glyphosate, also known as Roundup. The company defended itself earlier this summer in a lawsuit in San Francisco against claims that glyphosate causes cancer. On Aug. 10, 2018 the jury ruled Monsanto was liable for a terminally ill man's cancer and ordered to pay $289 million in damages.