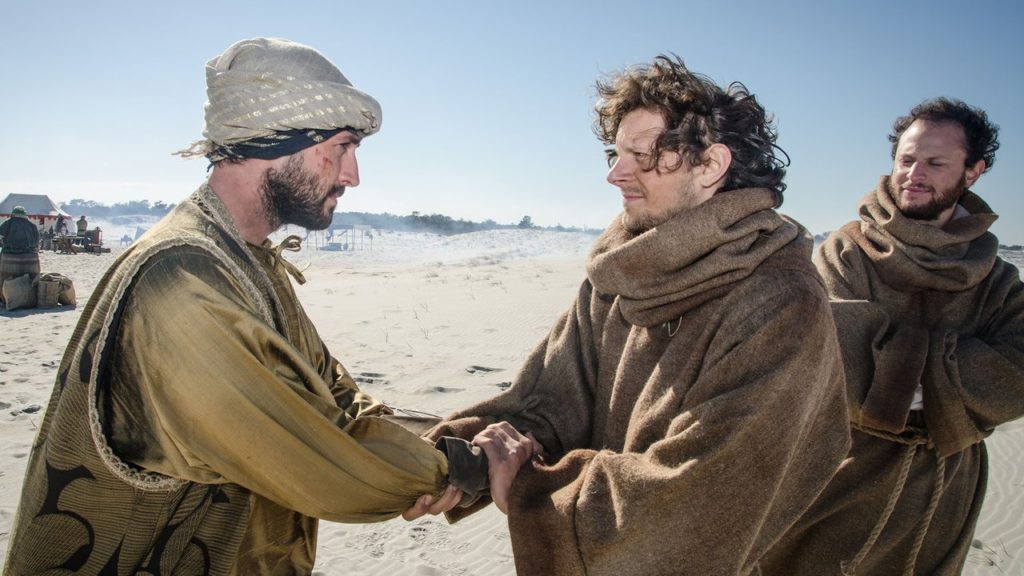 Photo from, "The Sultan and the Saint. Photo by Adam McCall and courtesy of Unity Productions Foundation.
×

On Tuesday, Dec. 26 a film by San Juan Bautista resident, Michael Wolfe, will air on PBS at 8 p.m.

The "The Sultan and the Saint" was inspired by the historic meeting that took place in 1219 between the future Catholic saint, Francis de Assisi, and the Muslim leader, Sultan Malik al-Kamil, during the Fifth Crusade.

As reported by BenitoLink last July, the hour-long film was released by Unity Productions Foundation (UPF), a production company co-founded by Wolfe. UPF’s mission “is to counter bigotry and create peace through the media,” according to its website. Wolfe served as the docudrama’s executive director.

The St. Francis Retreat in San Juan was one of 50 venues across the country that screened the movie before its t.v. debut.

"The Sultan and the Saint" is not rated, but it contains some scenes of violence that may be inappropriate for children under 12 years old. Please use your own discretion.