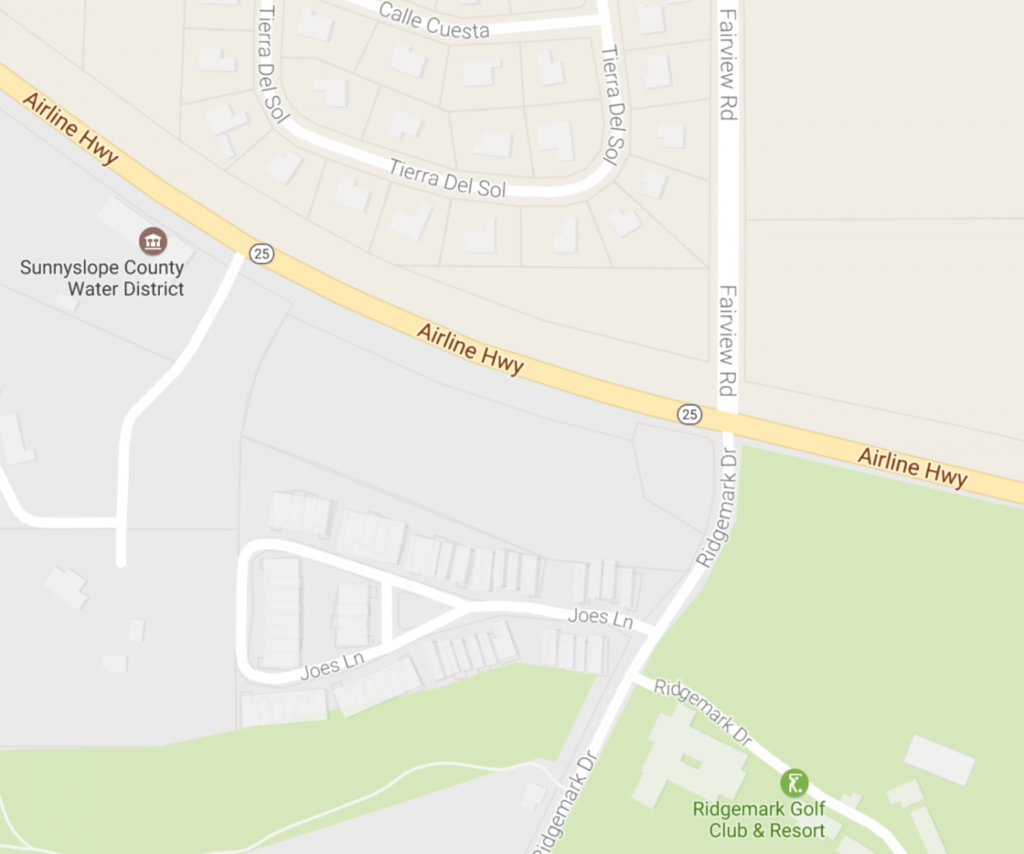 Nearly 3,000 PG&E customers lost power around 8:30 p.m. Thursday when a vehicle apparently hit a power pole and ended up in a ditch on Airline Highway, just north of Fairview Road near the entrance to Ridgemark Golf and Country Club. No injuries were reported but word on the police scanner was that alcohol may have been a factor in the crash.

Residents reported seeing two large flashes just before the power went out, with some people posting on Facebook that it looked light lightning. First responders arrived on the scene a few minutes after the accident and instructed those involved to stay away from the fallen lines.

Power outages were reported in Ridgemark and the Quail Hollow and Cielo Vista subdivisions near the accident. There were reports that power went off but came back on quickly in the Oak Creek neighborhood. Sunnyslope Village and Stonegate also reported outages. PG&E reported at 9:51 p.m. that power had been restored to all but 844 customers.

An automated call from PG&E told affected customers that power was expected to be out until 12:30 a.m. but most had their power back on before midnight. Fire crews left the scene around 9:30 p.m., and traffic began to flow again on Airline Highway, as other law enforcement personnel stayed behind. The Calfornia Highway Patrol posted online that the vehicle would be removed from the ditch near the accident scene on Friday morning.