The department’s new home will be constructed on a lot of about two acres the county purchased, behind the current offices at 1131 San Felipe Road in Hollister. 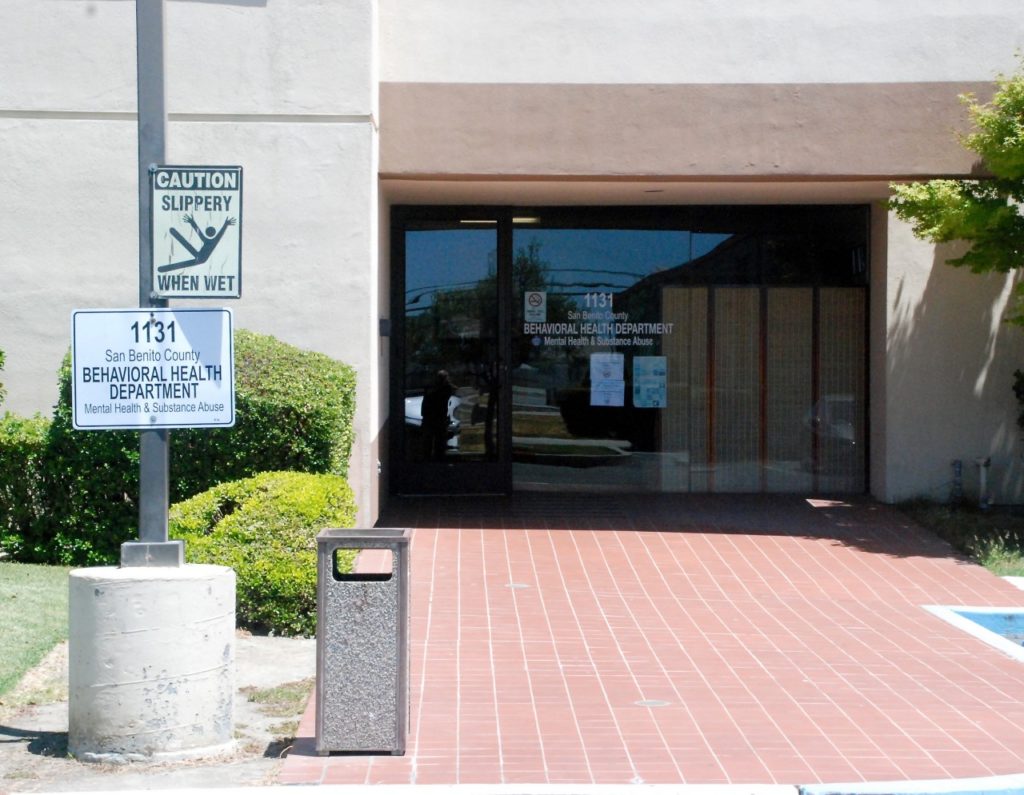 A plan for a new building to house the San Benito County Behavioral Health Department is in the works. The new building will increase staff but is not expected to provide the much-needed psychiatric beds or holding facilities for the mentally ill.

The department’s new home will be constructed on a lot of about two acres the county purchased. It will be set behind the current offices at 1131 San Felipe Road in Hollister. According to Alan Yamamoto, the department’s director, the building will cost about $6 million.

The need for a new building for Behavioral Health was recognized more than a decade ago, Yamamoto said. The county has a 30-year lease on the current building that costs about $16,000 a month. But there are complications.

The county has about 10 years left on its lease. At the end of that time, it could lease the building for $1 a year. Initially, the budget for the lease payments was a component of the California Mental Health Services Act.

Known as state Proposition 63, the Mental Health Services Act was passed by voters in 2004 and provided increased funding for county mental health programs.

But a requirement of receiving money through the Mental Health Services Act was that the county must own the building in which mental health services are delivered. This meant the county would not own the building even at the end of its lease agreement. And county supervisors decided the county should pursue building a new facility of its own.

Over the years, Yamamoto said, other county projects took priority. But there was another issue: a clause that would revert Mental Health Services Act money back to the state if the county didn’t own a building for behavioral health. In San Benito County it amounted to about $10 million.

So the county began looking at building its own new behavioral health facilities.

Last month the San Benito County Board of Supervisors contracted with an architect and plans are moving forward. The supervisors approved plans for modular, or prefabricated, construction. That will save the nearly $9 million compared to conventional construction costs.

Expanding Behavioral Health Services is expected to eliminate the reversion of Mental Health Services Act funds back to the state. The county auditor’s office has estimated that debt service on a loan for the new building will be about $30,000 a month.

At present, the department is authorized for 52 employees, including health clinicians, psychiatrists, case managers, nurses, administrators, and clerical support staff. Yamamoto, director of Behavioral Health for 18 years, said the department will propose adding about 22 more staffers when the new facilities are completed.

Some of the cost of employing additional staff would come from state Mental Health Services Act funds, Yamamoto said. The new building will not have psychiatric beds or holding facilities for the mentally ill.

“We’re anticipating the building will be laid out in a much more sensible way,” Yamamoto said. “Right now people say it looks like a maze.”

The building occupied by Behavioral Health is owned by the Community Development Corporation. Another county department could move into it when the new building is completed, Yamamoto said.

The site is expected to have adequate parking for both staff and clients.